The Universe is Expanding Faster Than the Speed of Hair Growth

My name is El Chuckarino, and through years of diligent study and decades of life experience, I am the world’s leading authority on long hair in Marvel cinema and film.

This is Part II in Longhairs of the Marvel Cinematic Universe. Part I details with immaculate precision each of the Marvel movie characters with long hair in Phases 1-3 of the MCU, starting with Iron Man (2008) and ending with Spiderman Far From Home (2019). If you’re a chronological type like me and you haven’t seen that post, you might prefer to start there.

In addition to authoring the comprehensive and definitive collection of long hair in Marvel films Phases 1-3, I have a very particular set of skills that uniquely qualify me in the realms of both long hair and the MCU.

Why I’m An Expert of Long Hair in Marvel

Starting with hair, I have been The Longhairs’ Social Media Manager since September, 2015. With this comes a wealth of experience in identifying bros with longer-than-average hair. Approaching them, telling them what’s up, handing them referral cards, forcing them to follow us on Instagram. I can spot a menstail from eight klicks. I have been training for this expertly-played game of longhaired Where’s Waldo for six years.

As for the supes.

I have been a superhero fan since my early youth. Batman and cartoon Justice League were my all-time favorite shows. When I saw Iron Man at the mature age of 15 years in May, 2008 my head figuratively exploded. Since then I have seen every single Marvel motion picture in theatres, in many cases three or more times.

If you’re thinking right now, “Wow, you like Marvel and DC?”

Yes, yes I do. I also like to ski and snowboard and use a Mac and a PC. Not a big deal guys, just soak it all in.

I have the same school of thought as Tom Brady with Super Bowls when it comes to my favorite Marvel film.

My favorite Marvel motion picture is always the next one.

Which brings us here, to Phase 4. All Disney+ shows are official MCU canon and will be included alongside the upcoming movies. Hopefully you are reading this just after watching the season finale to The Falcon and The Winter Soldier

While any number of longhairs are clearly featured in trailers for Black Widow, Loki, and Shang-Chi, they will not be included until I can watch, analyze and thoroughly scan each new Marvel motion picture. Long story short: Red Guardian and Zheng Zu will have to wait.

I wasn’t expecting 50s or 60s Vision to rock the long locks, but hell if 70s Vis didn’t pull through. Considering Vis has the ability to alter his physical appearance at any time, why doesn’t he just bring the hair all the way to the shoulders? Still looking good. 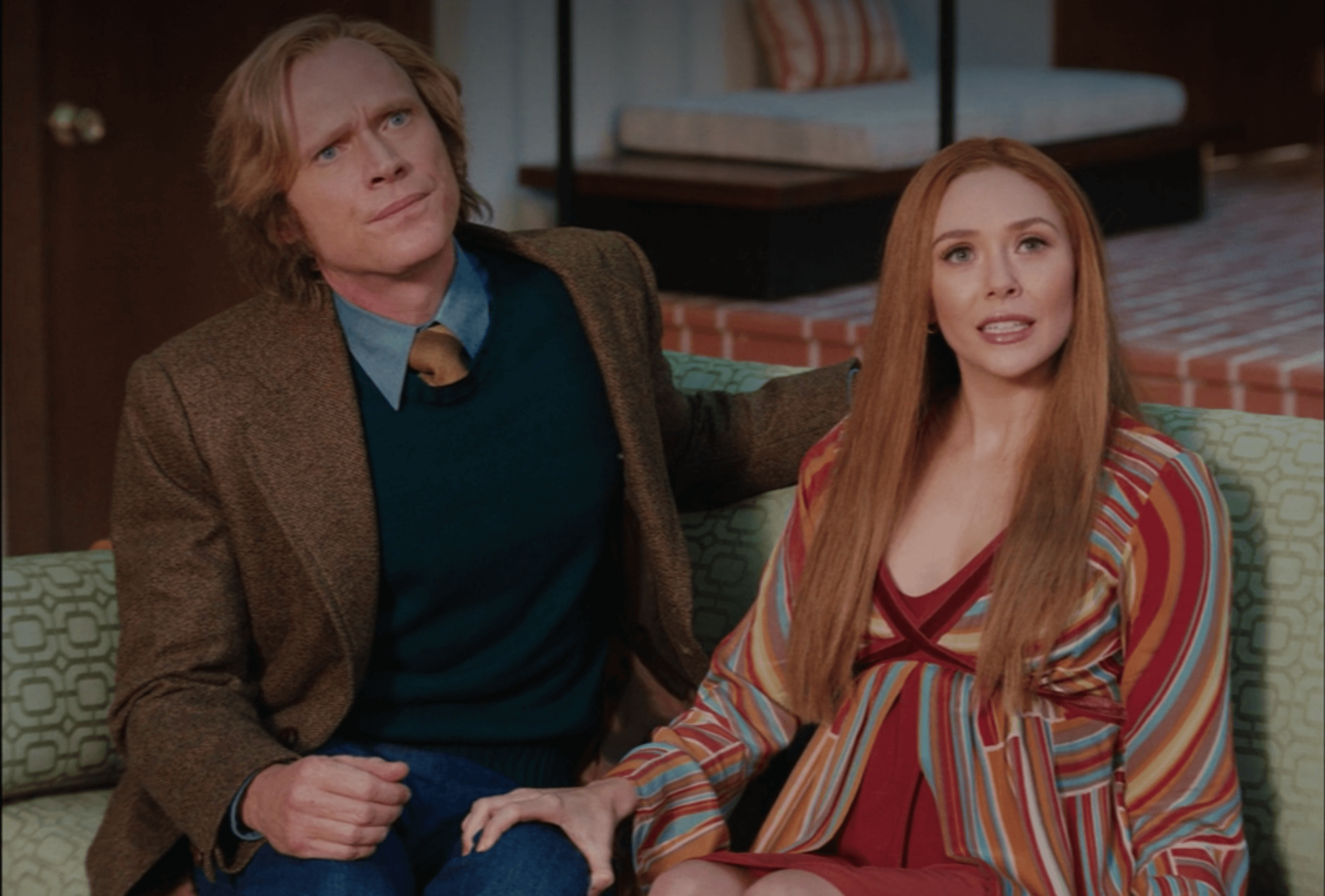 Herb was (supposed to be) trimming the bushes here, but he wouldn’t dare take a trimmer to that awesome afro. Episode 3 of WandaVision was fruitful in the hair department. Was the 70s the golden age of hair? Could the 2020s be the next one? Tell me what you think in the comments. 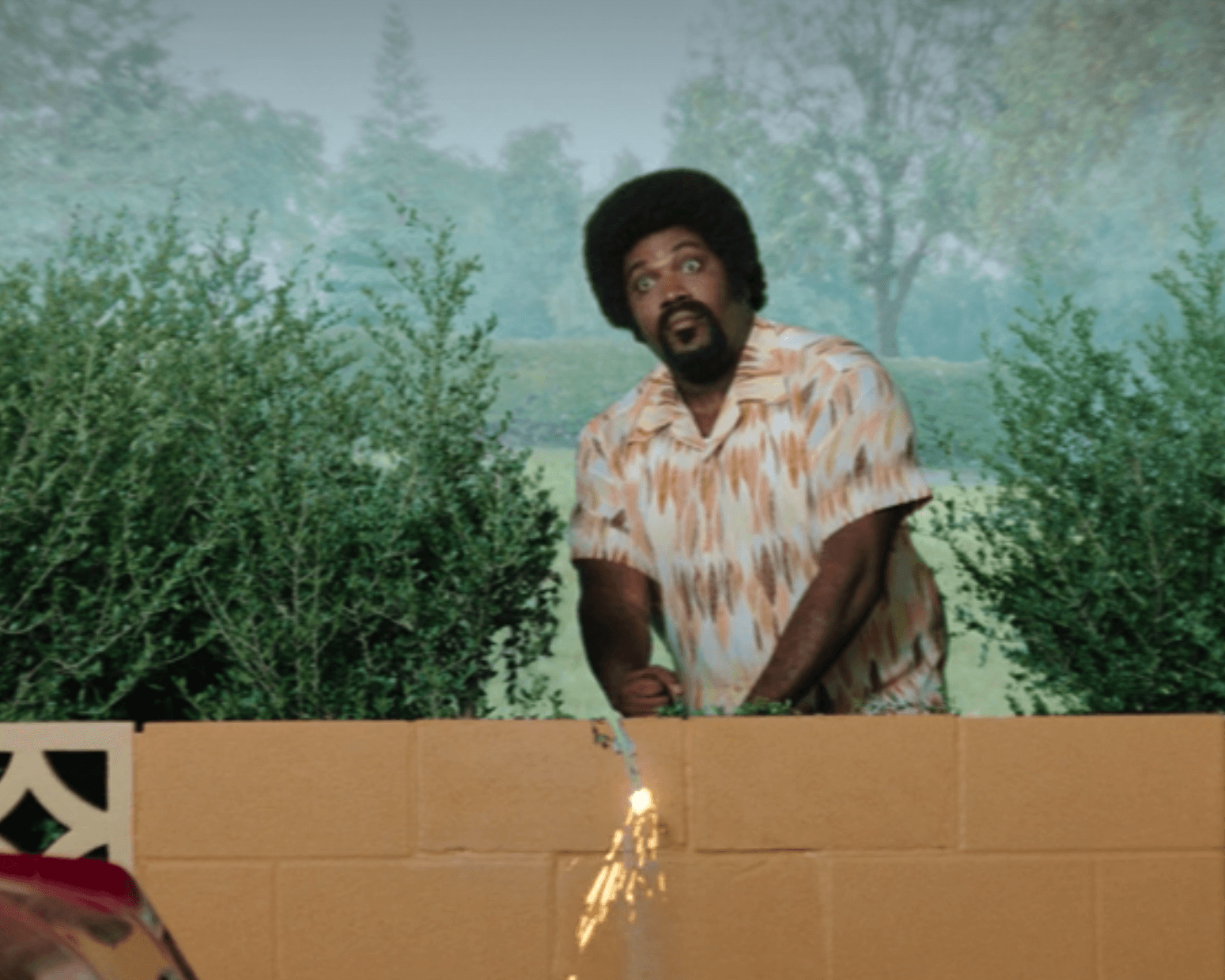 Wanda’s twins, Billy and Tommy, grew up so fast! At least Tommy let it ride when he jumped from 5 to 10 years old in two seconds flat. Tommy gets his powers from his Uncle Pietro, but when it comes to his long hair, I think Tommy takes after his dad, Vision. 70s Vision, that is. 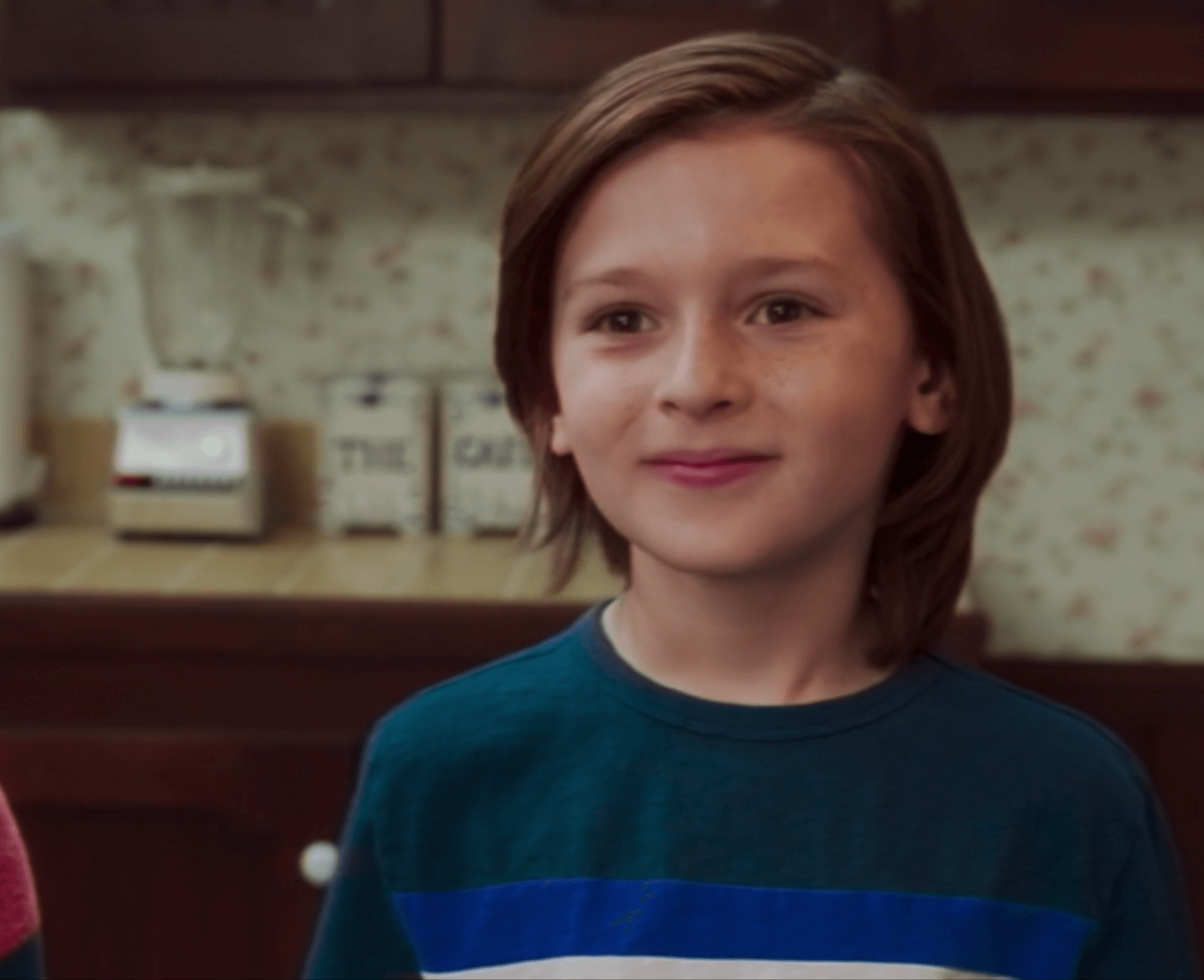 Extras from The Final ‘Flow’ Down - WandaVision

In the epic series conclusion to WandaVision, you can spot these two longhairs on either side of the showdown in Westview’s town square. On the top we have a mind control victim that Wanda probably forgot to make cut his own hair. On the bottom, a S.W.O.R.D. officer with a sick mullet even Professor Marv would approve of. 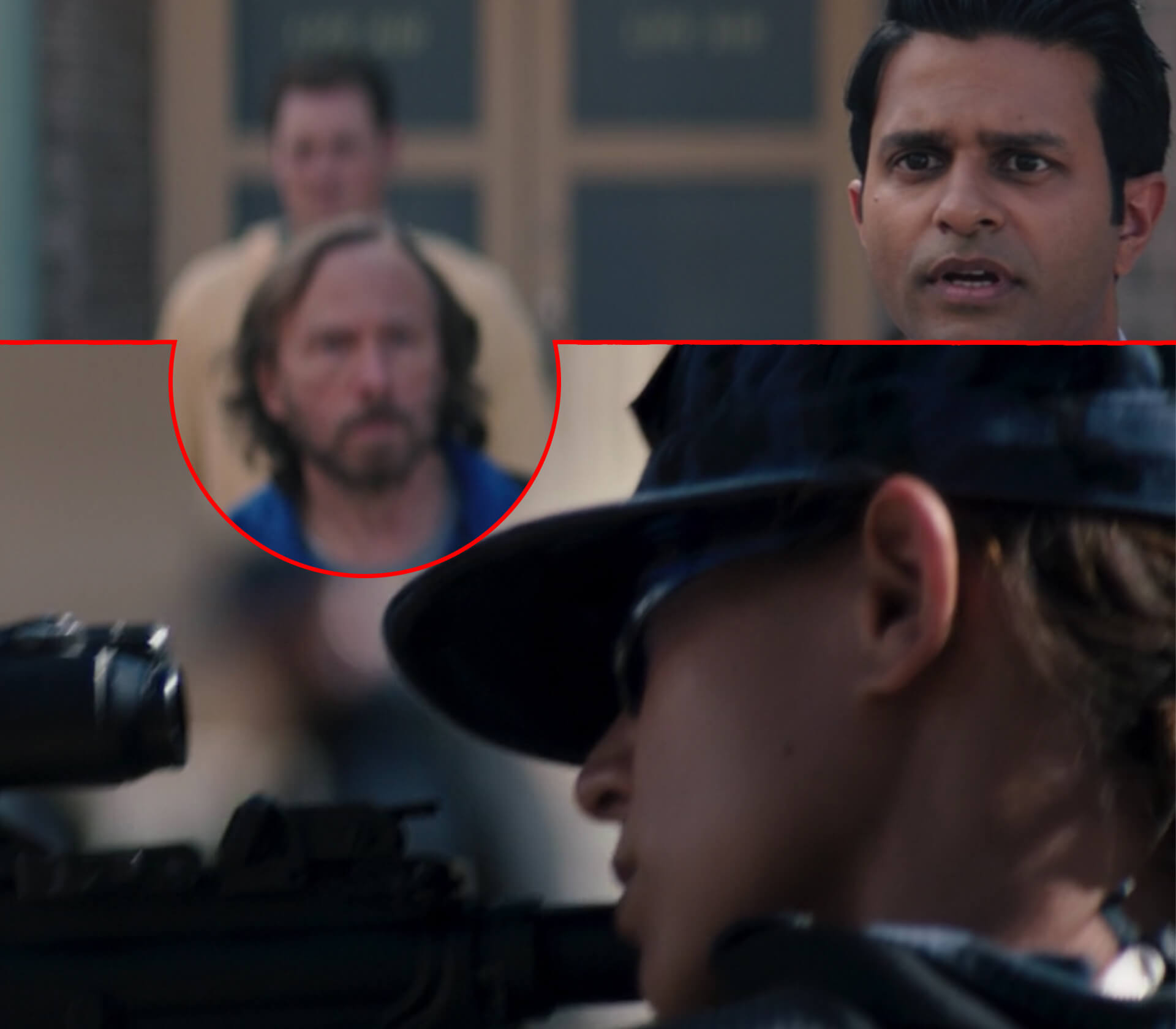 Flag Smashing Flag Smashers - The Falcon and the Winter Soldier

These Flag Smashers have some smashing good hair. They might want to go undercover with a hard lid after their smash-and-grab mission. 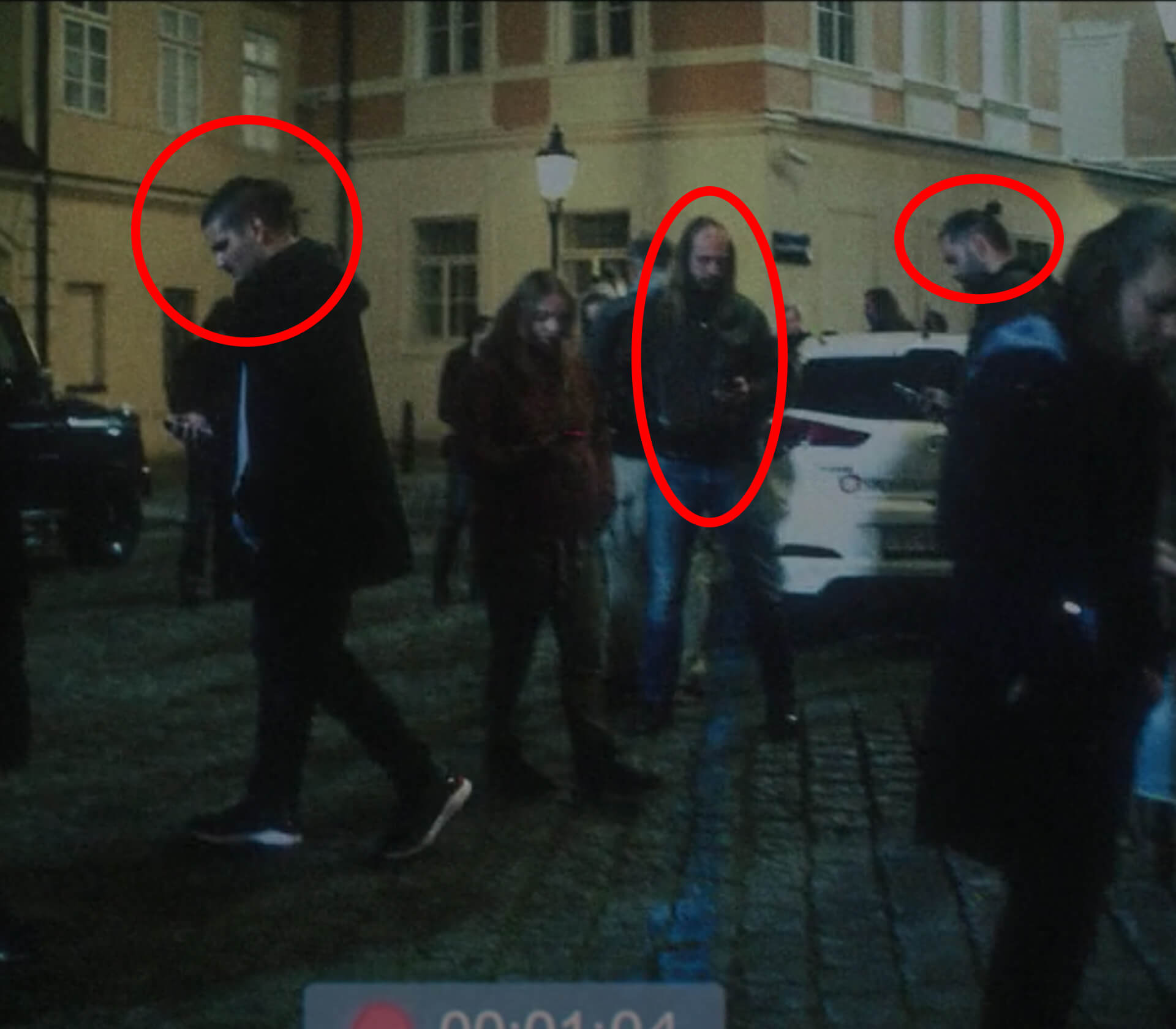 The Kid - The Falcon and the Winter Soldier

This kid hangs out in front of Isaiah’s house, and gets some valuable wisdom from Sam in episode 3. We just hope it’s all getting soaked up in that awesome hair. 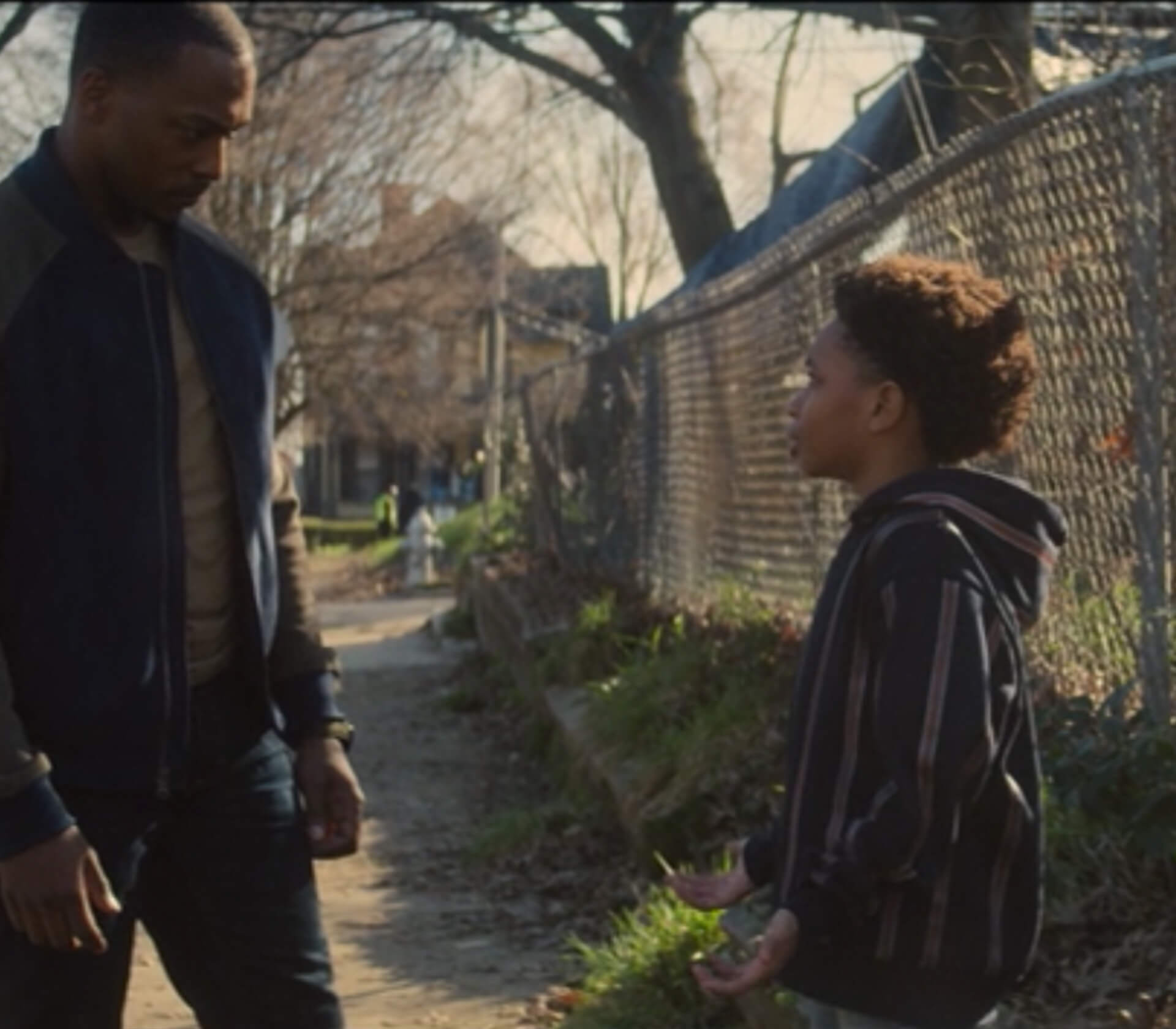 GRC Ad Guy - The Falcon and The Winter Soldier

Arguably one of my most impressive catches. He was being sneaky and probably had it tied back with some Floral Nouveau hair ties, trying to slip by ol’ Chuckarino. This longhair shown in the Global Repatriation Council’s ad just got re-blipped back into existence and he is thrilled to be back. 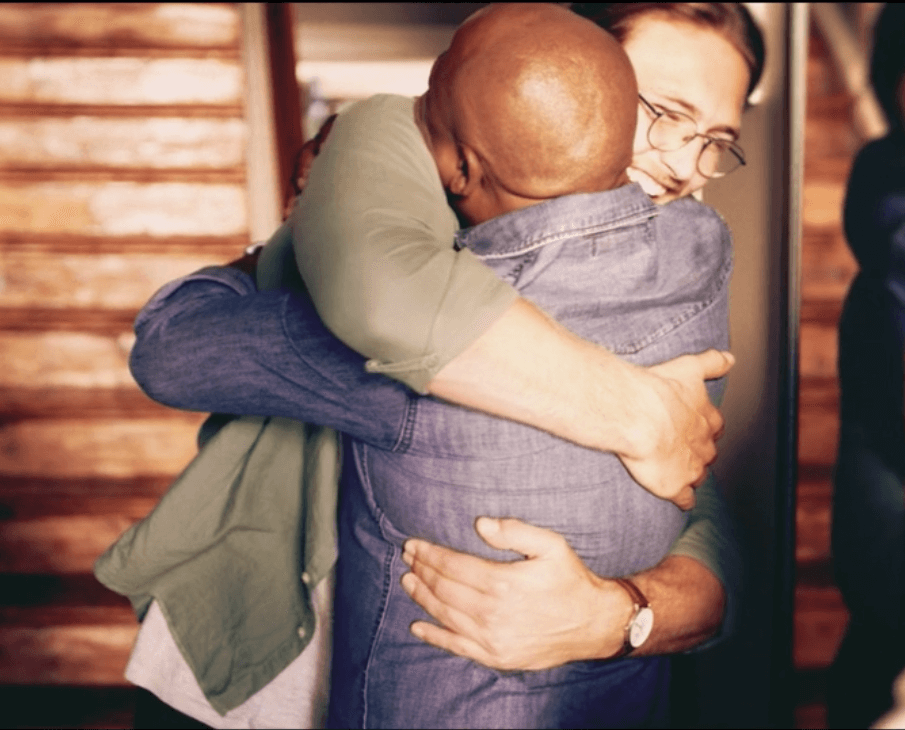 Long-Haired Prisoners - The Falcon and the Winter Soldier

These two small-timers are actually big-time in the hair department. The guy on the left flashes his lowball from left to right as Zemo casually strolls out of the prison according to Bucky’s plan. Then we see the longhair on the right check on his fellow inmate after all the chaos (which presumably started over a threat to cut his hair). 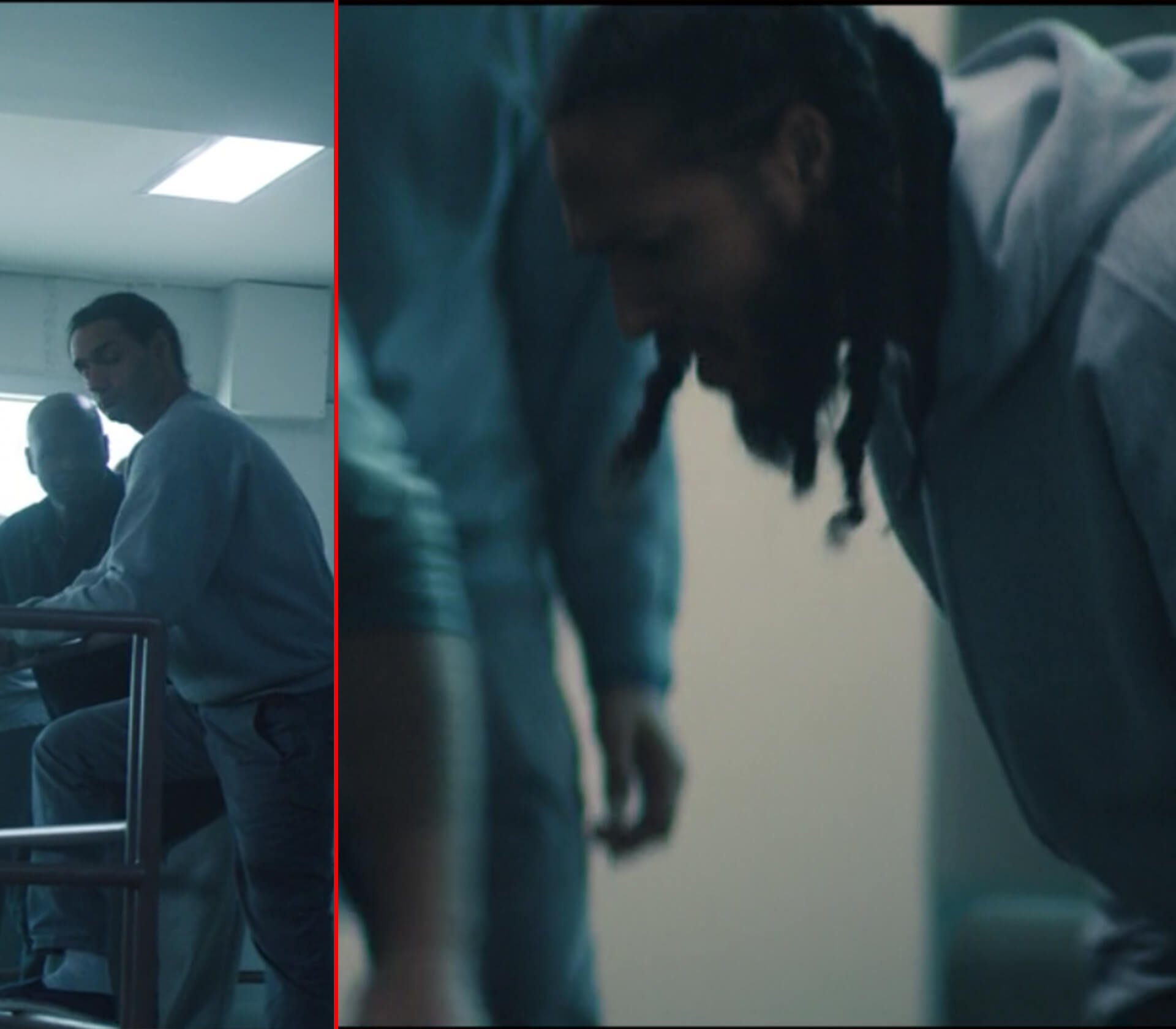 The Many Manes of Madripoor - The Falcon and the Winter Soldier

Man, they must have been walking down MANE street in Madripoor. Longhairs flashing everywhere on screen, foreground, background, midground, in the shadow, out in the light. Hard to keep track but I think I got ‘em all, shout out to these bros with flow and jocks with locs. 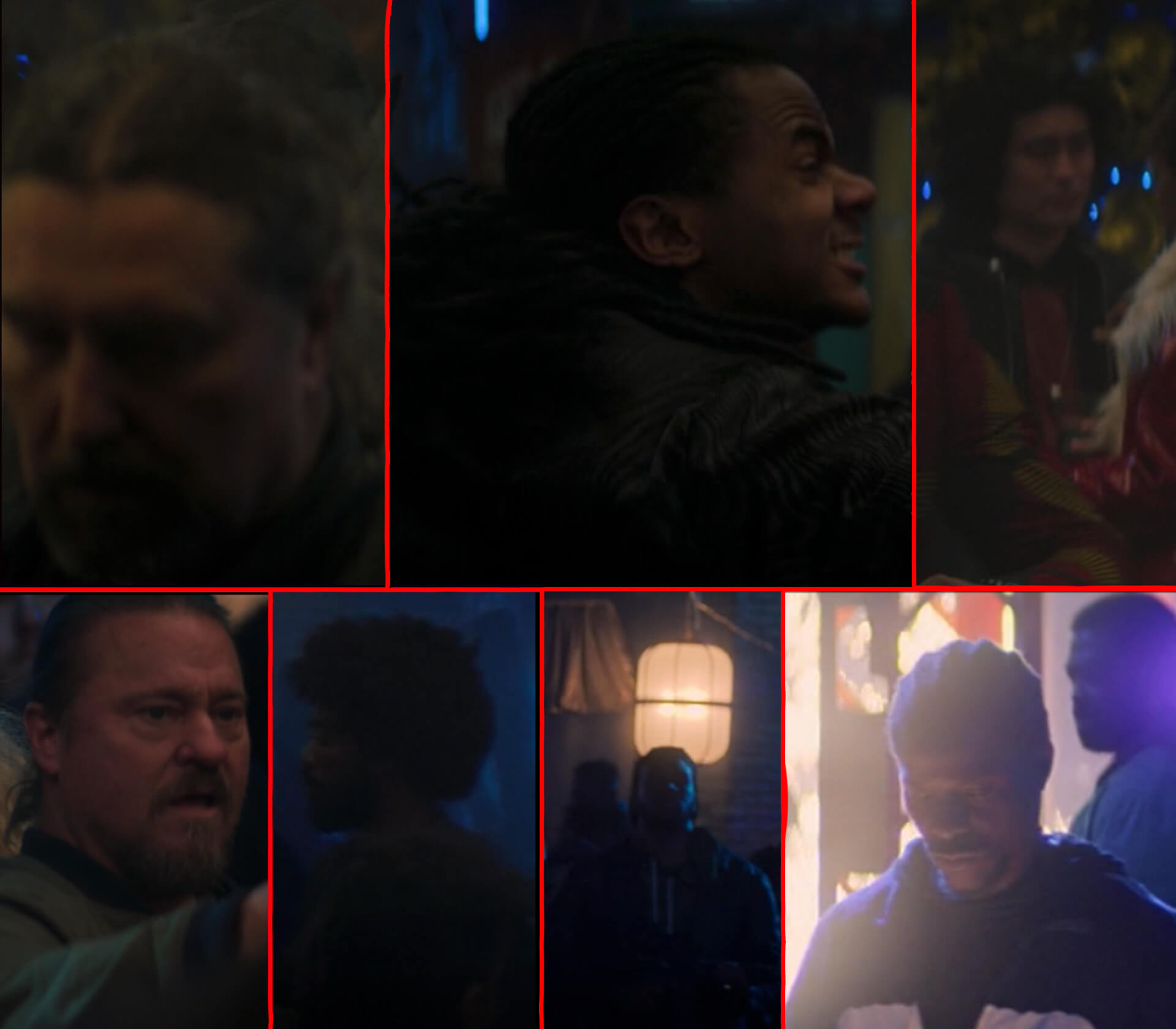 Dovich - The Falcon and the Winter Soldier 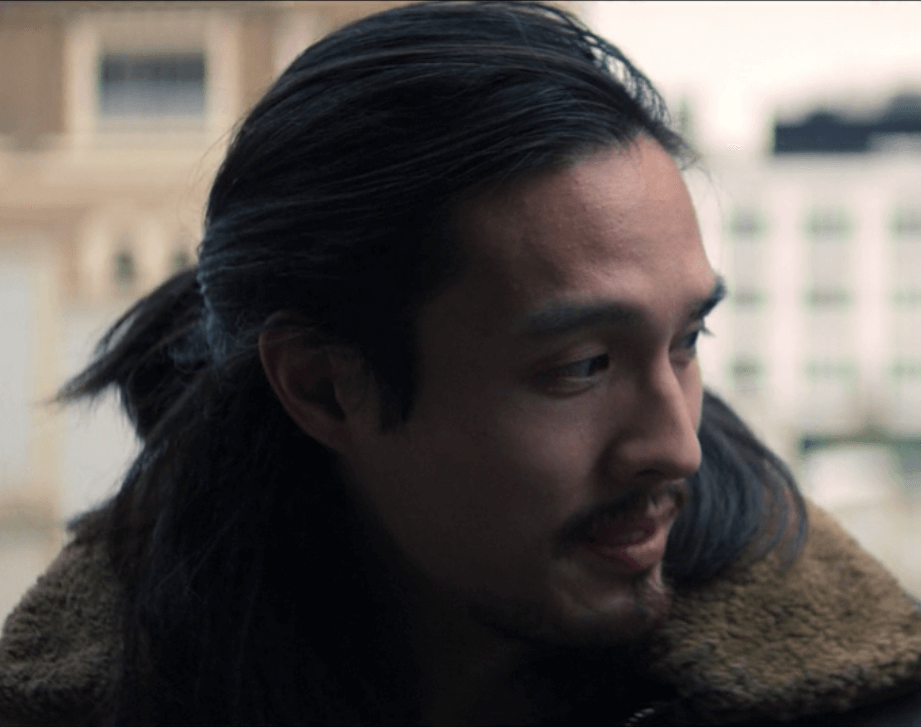 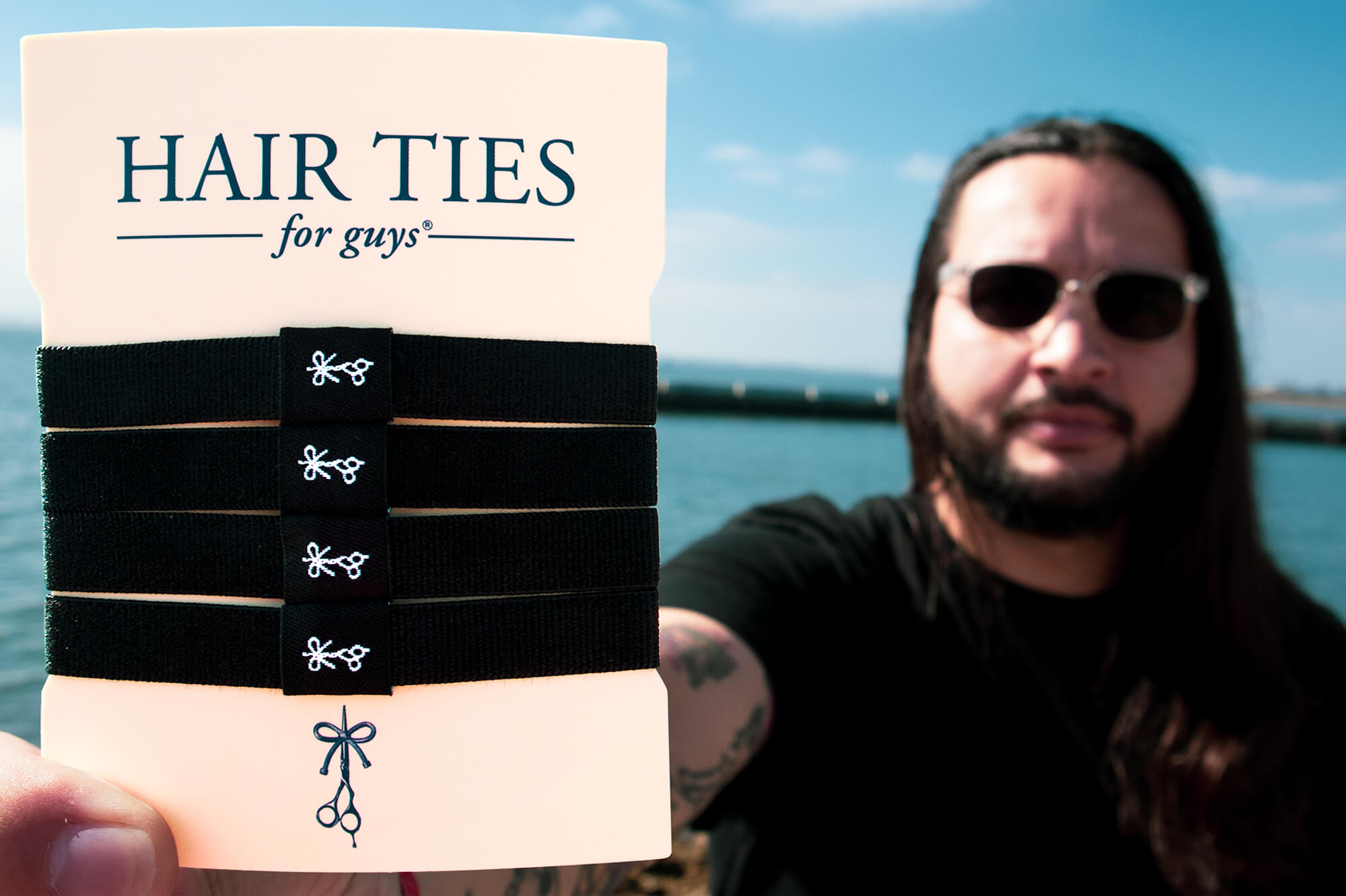 The Black Ties - GET SOME

YOU THINK THIS IS OVER??

Long Hair in Marvel is Only Just Beginning

With recent reports of Kevin Feigie having the next 20 movies of Marvel cinema planned out, it’s safe to forecast innumerate amendments to our definitive catalog of long hair in Marvel. I intend to update this post assiduously as each new motion picture is released, so bookmark this blog and revisit after Loki, Black Widow, and Shang-Chi drop later in 2021.

Rest assured, no long hair in Marvel will go unidentified in my lifetime. Thanks for reading, and happy screenings. C’YA!

AKA Charlie Cairncross AKA The Longhairs Social Media Manager
Yo Longhairs! You might not know me, but I know you. I am a longhair at heart, pop culture enthusiast, The Longhairs’ long-tenured Social Media Manager, and the leading global expert concerning long hair in Marvel. I’d be stoked if you gave me a follow on Instagram so we can chat about Marvel, DC, and more superhero related topics.
Learn More 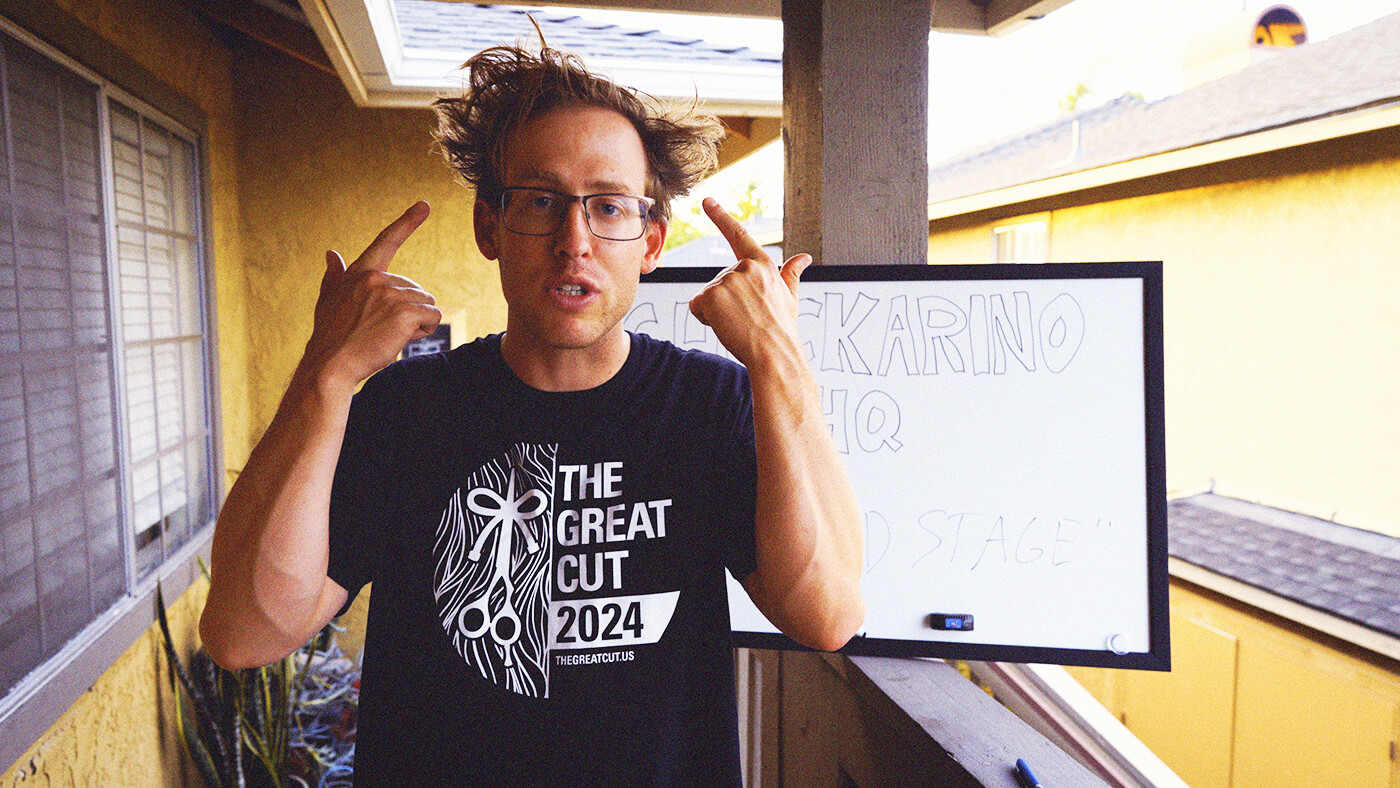 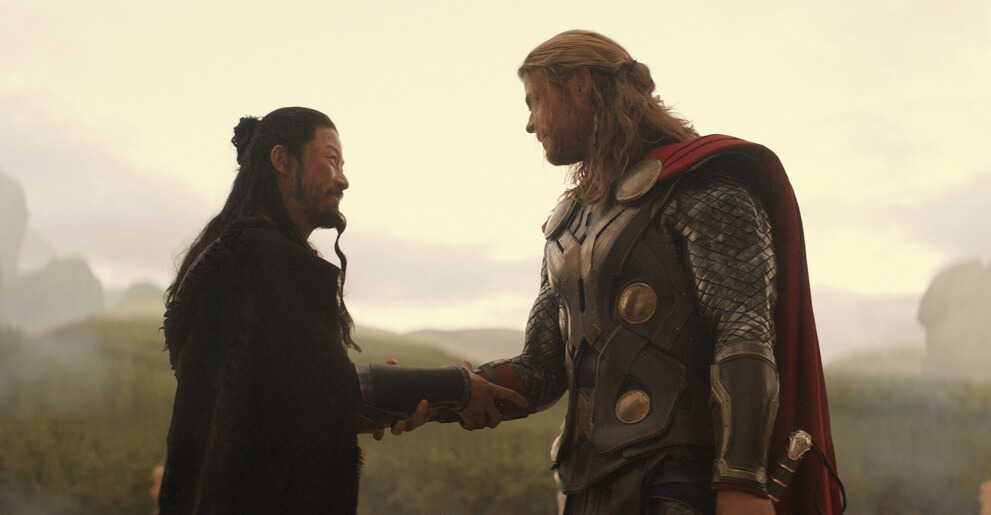 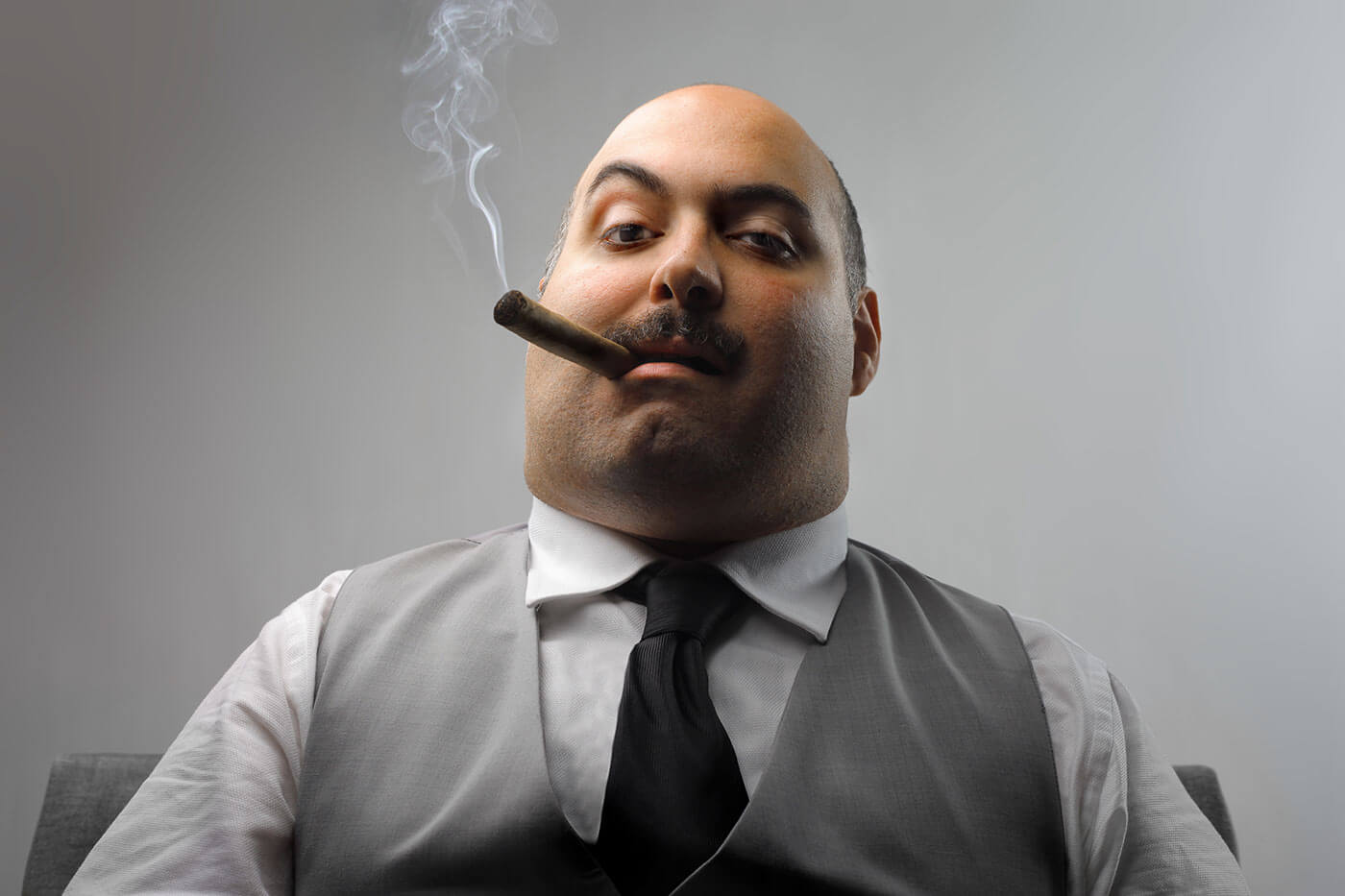 A Fireside Reading of “Why Your Boss Has Short Hair” 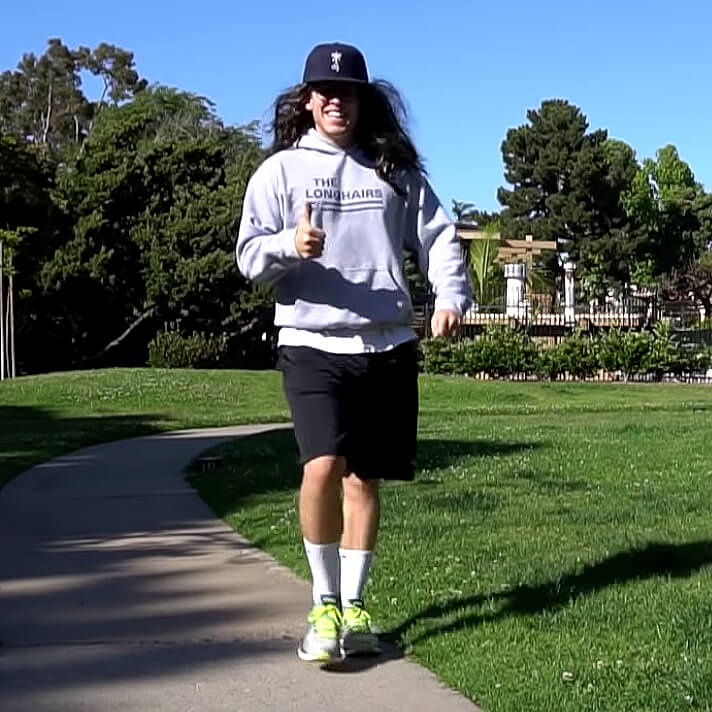 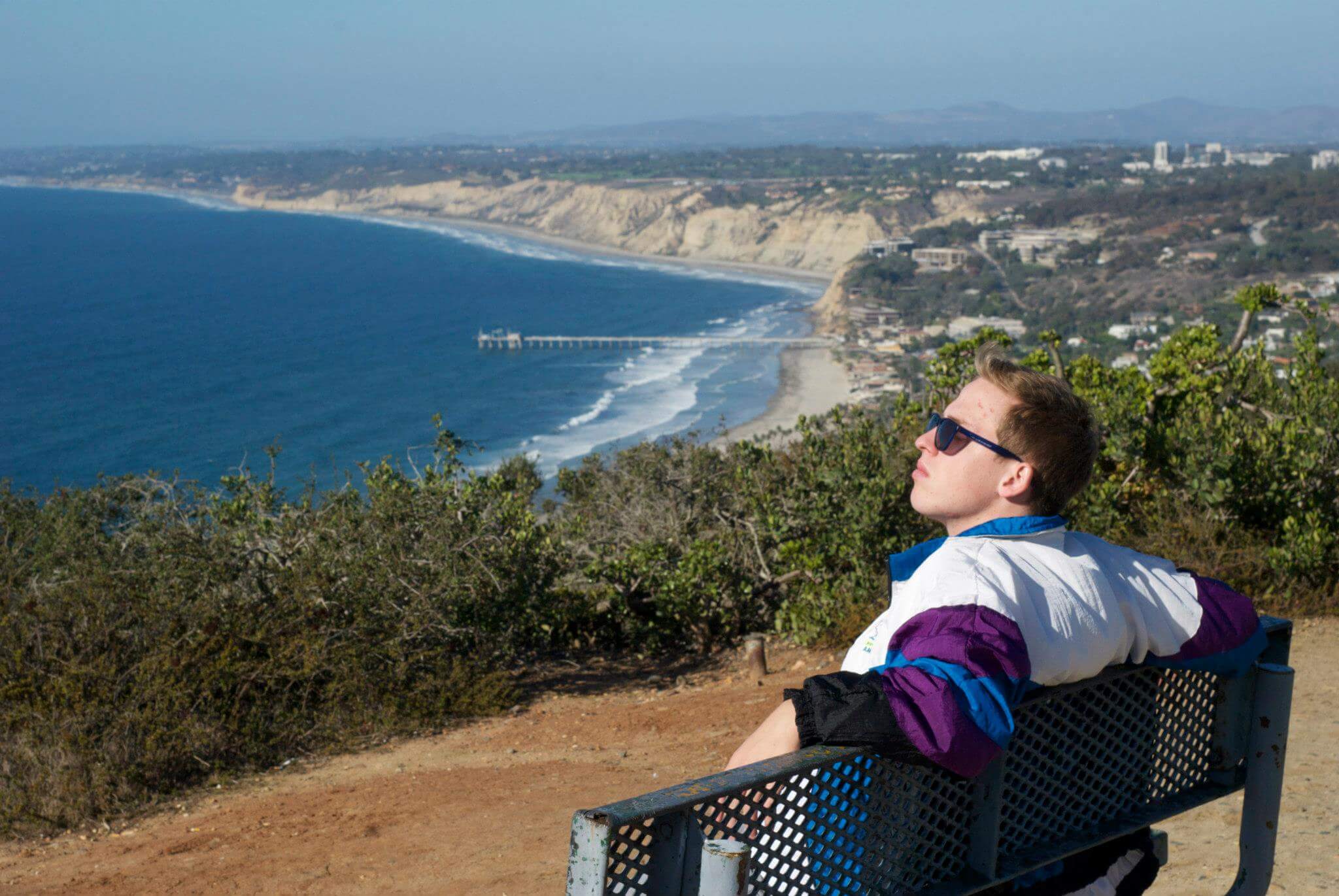 Confessions of a Shorthair 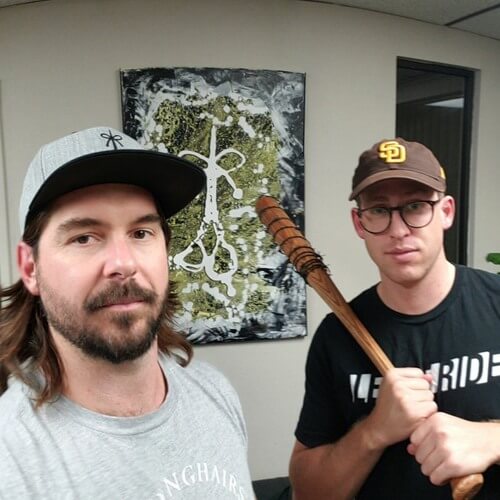 Open discussion in the comments!