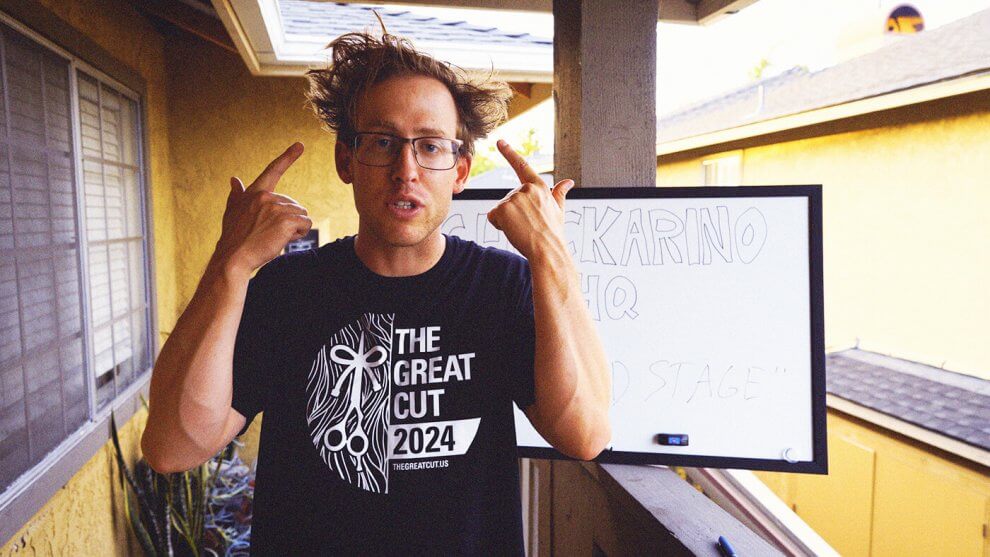 One Month From the Skin

Most of us know him as the mild-mannered shorthair quietly managing The Longhairs social media accounts since 2015. Today we are pleased to present El Chuckarino’s first official hair update.

Dating back to his 2016 debut in Confessions of a Shorthair, Chuck has vehemently resisted our continued and increasingly aggressive overtures to grow his hair out...much to our chagrin.

That’s not to say he hasn’t been a good sport. From the Shark Tank open casting to his dramatic appearance on KUSI, he’s always been willing to strap it up for the team when his number has been called.

Even so we’ve always held out hope that maybe someday…he would let it ride.

Maybe it was coronavirus, or his punishing workout regimen, or possibly his self-appointed promotion to “Content Manager,” but something has inspired ‘ole Chuck while simultaneously stimulating his follicles.

Today he is COMMITTED to growing his hair out, and if that’s not enough we have him on record boldly proclaiming he will not cut his hair until “as long as coronavirus is on this planet,” a slight overextension of verbiage perhaps, but we know he is a man of his word.

Content Manager for The Longhairs, El Chuckarino is a digital marketing pro and family man. He has managed The Longhairs social media presence since 2015.

Please share your words of encouragement with El Chuckarino in the comments.