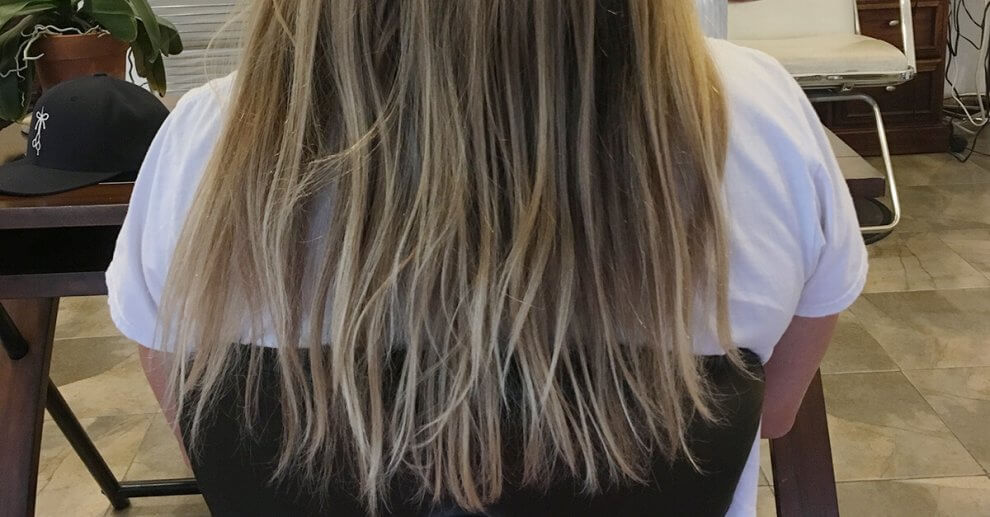 The Salon Experience Part I

In a previous post about split ends, we suggested going to the barber shop for your beard trim and a glass of whisky with the boys. But when it comes to getting your hair taken care of, we advise calling on a trusted salon.

This raised the question, though, “what the hell do I do when I go in there?”

Many of us have never stepped foot into this historically female territory, much less for services, and much less with our long manes on the line. The notion of a pair of scissors encroaching the space around your locks can be concerning alone, without having to provide direction to a hair professional in an unfamiliar environment immersed in foreign smells, sounds and activity.

Your first trip can be intimidating, even harrowing. For that reason we are executing this two-part series on the salon experience, for men.

Here in Part I we cover tangled and damaged hair, based on El Rubio’s recent salon visit. Next week in Part II we’ll provide specific tips and instructions for navigating your own visit to the salon. So here it goes. 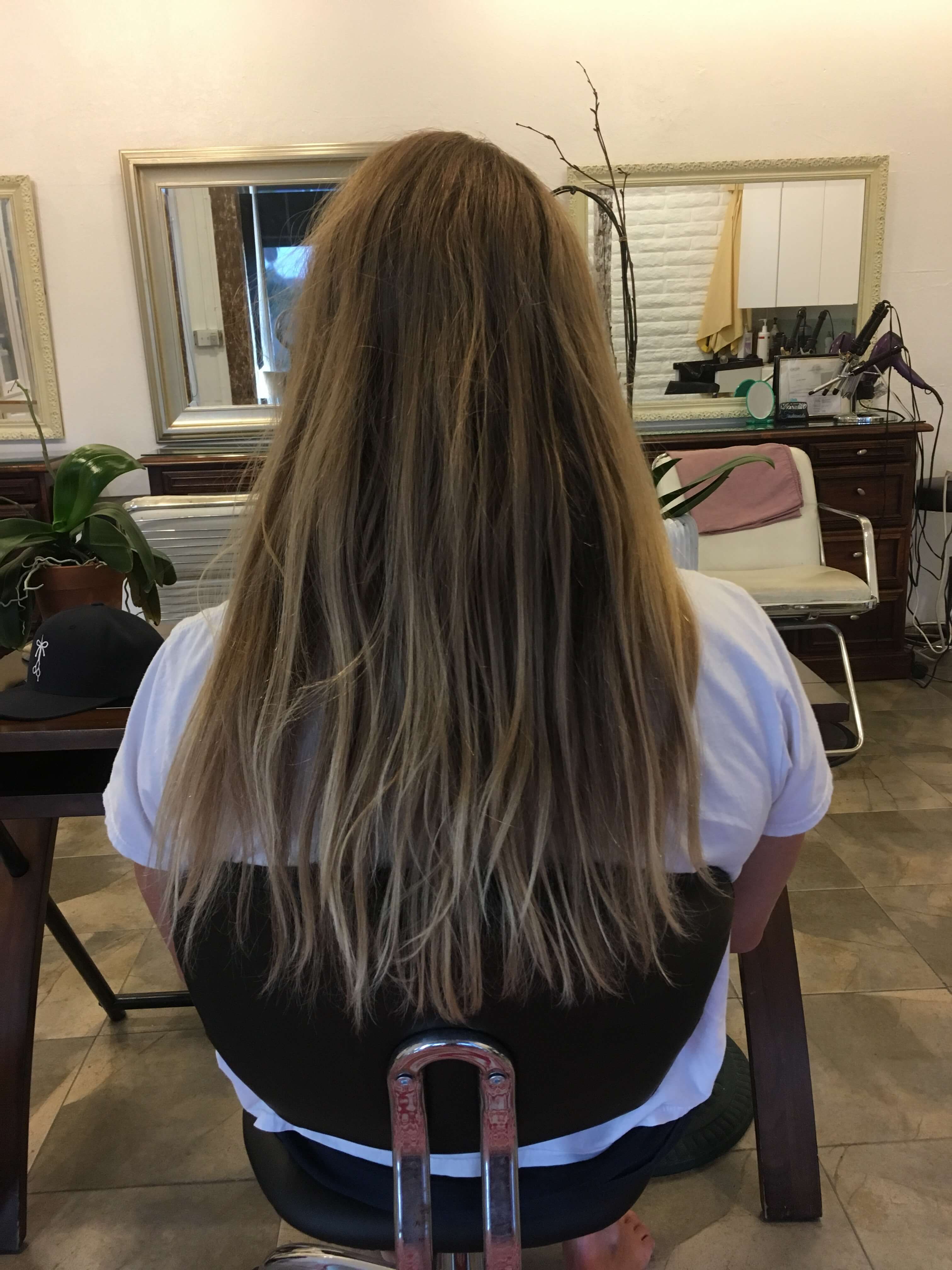 Truth be told, your boy El Rubio was due for some hair care. While every six months is a good timeframe for most longhairs, my last trim was over nine months previous. I was a few months past due before finally pulling the trigger, and here I’ve documented my recent foray into uncharted waters.

There were several reasons for my visit—more symptoms really. My hair has gotten damn long, and things had been pretty smooth over time. But lately I started having issues.

First off it was getting more and more tangled. Having super straight hair, I could usually remove the tangles without much trouble. A little de-tangling spray, a few passes with a wide-tooth comb and I was straight. With a solid brushing regimen, good moisture balance and two shampoo sessions per week I was living the golden life.

But over the past few months it became increasingly difficult to get the tangles out. I had to spend more and more time with the comb, even using de-tangling spray, even after conditioning, and sometimes it was so bad I couldn’t even finish the job. I could brush it from the scalp, but I would still get hung up at the tips.

On close examination, I could see everything below the last few inches were super kinked and roughed up, with split ends going off in different directions and all sorts of mess. It felt rough and dry, like I just couldn’t get enough moisture. These locks were tired and frazzled, and I needed help.

It was time for a little trim and to figure out what was going on, so I went to a salon I really trust with my hair, House of Imago. They know their stuff, building their brand on “the most educated salon in San Diego,” and my hair professional there is highly knowledgeable. 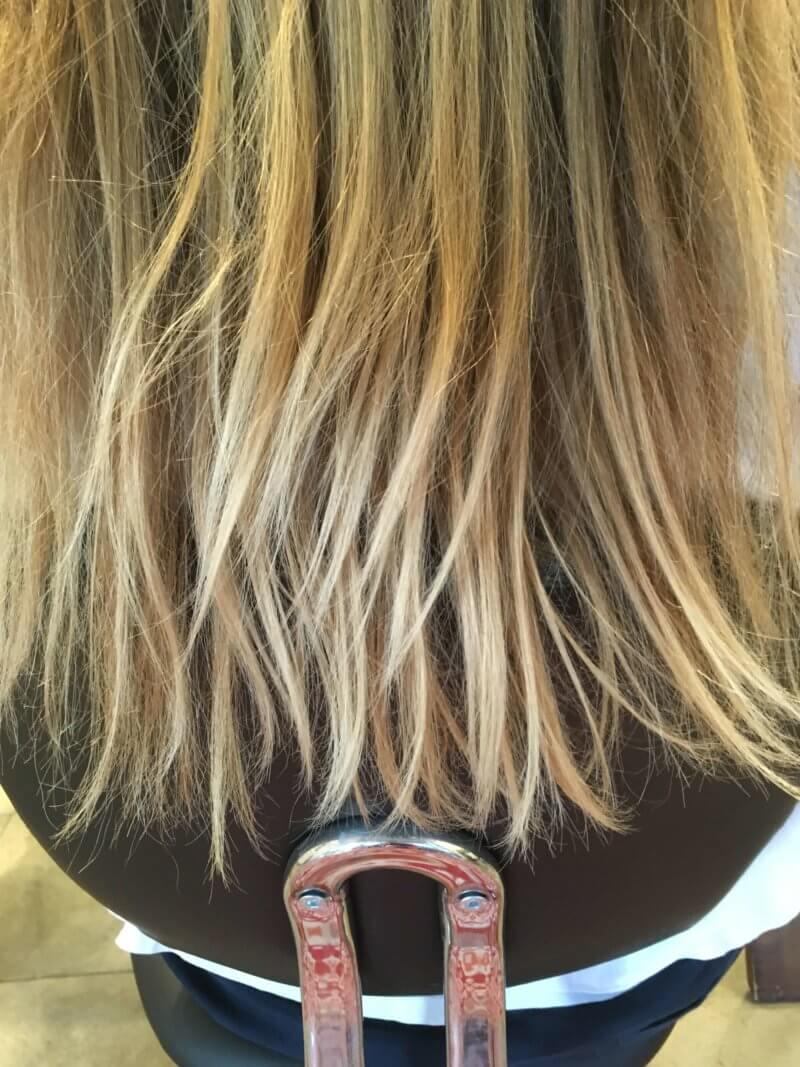 Why Am I Suffering?

I learned some things about my hair.

While I do have super-straight hair on the outside, the hair underneath, surrounding the occipital bone, positioned around the back and lower part of the skull, tends to be more wavy, a little matted, even wooly.

Over time, as that hair gets longer and more wavy, it gets tangled with the straight hair. It starts growing in different directions, creating opposing textures that tangle and mat, with the wavy texture almost acting like velcro.

Also as it gets longer, there’s more hair to get tangled. It’s now blowing in the wind more, brushing against my back, more exposed, etc. More hair, more tangles.

Combined with frequent exercise, getting my hair sweaty, salt water, chlorine and just lots of activity, my hair was taking damage and it was showing. 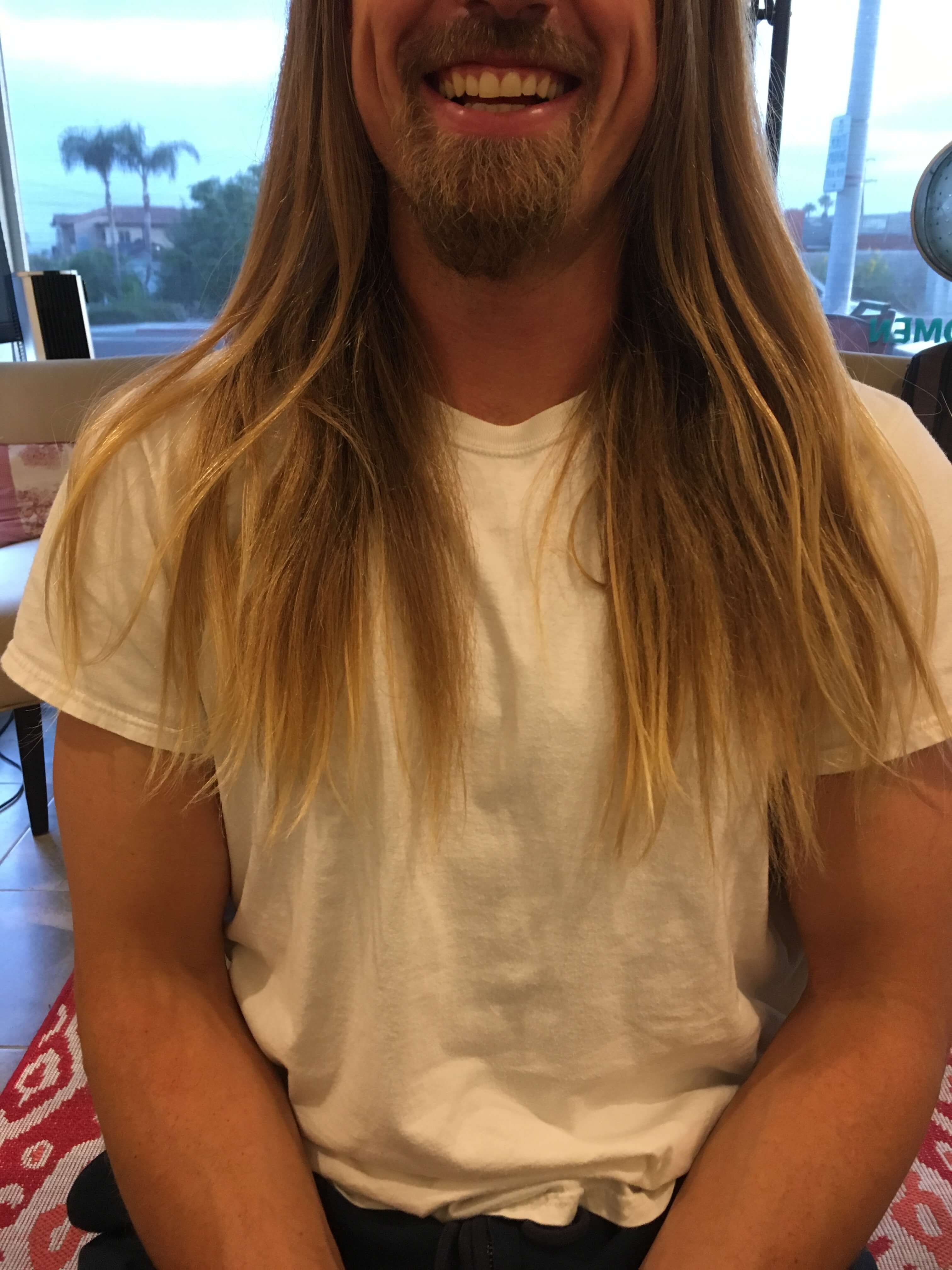 After providing this analysis, my hair pro suggested a keratin treatment.

Keratin is a protein that makes up the structure of your hair. A keratin treatment is where a keratin-based formula is applied to your hair then sealed in with heat, restoring the protein while strengthening and smoothing your mane. It’s like putting a cast around your hair, training it to go straight again and eliminating frizz. 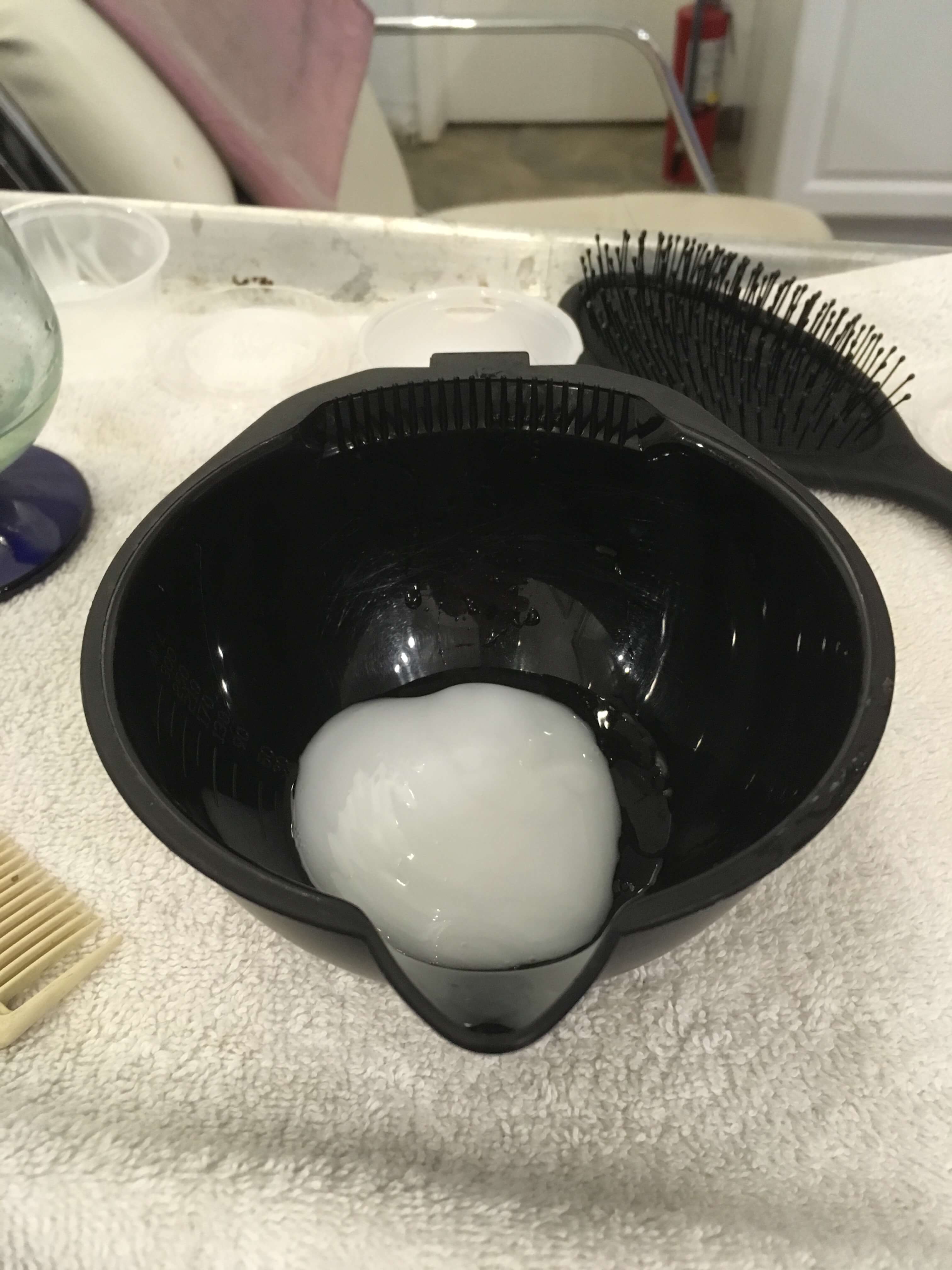 She started with a super deep cleansing shampoo. This went far beyond a typical shampoo, in terms of the product itself—designed to thoroughly cleanse; and the time spent—in this case she did two rigorous applications.

The purpose here was to get my hair completely stripped of everything, so that when she applied the keratin it would bond to the hair without any other substances getting in the mix.

After a quick towel try she applied the keratin. It looks like a dollop of white gel, which she used a small tint brush to apply, almost like paint brush. Holding the hair at length she applied it one strip or subsection at a time.

In my case she focused more on the area around the occipital bone, the tips, and the lower half of the strands.

Toward the ends she applied more product but used less heat. That older, more exposed hair is highly porous and accepting of the keratin, while also more susceptible to heat damage. Closer to the skull she used less product but more heat, with that hair being less porous but more resilient.

With the keratin applied to my hair we had to let it fully set for about 30 minutes. Fortunately I was able to make good use of my time. 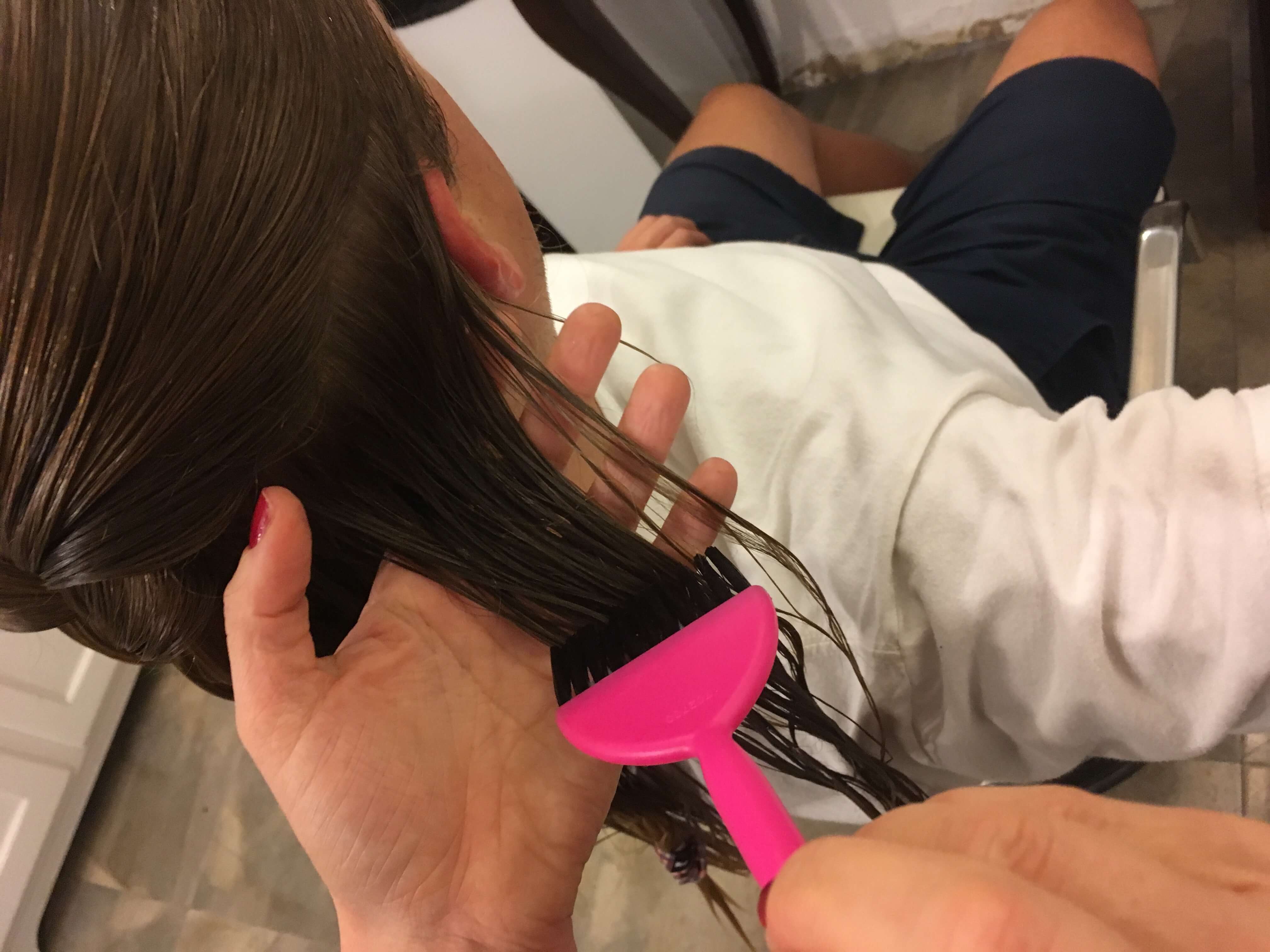 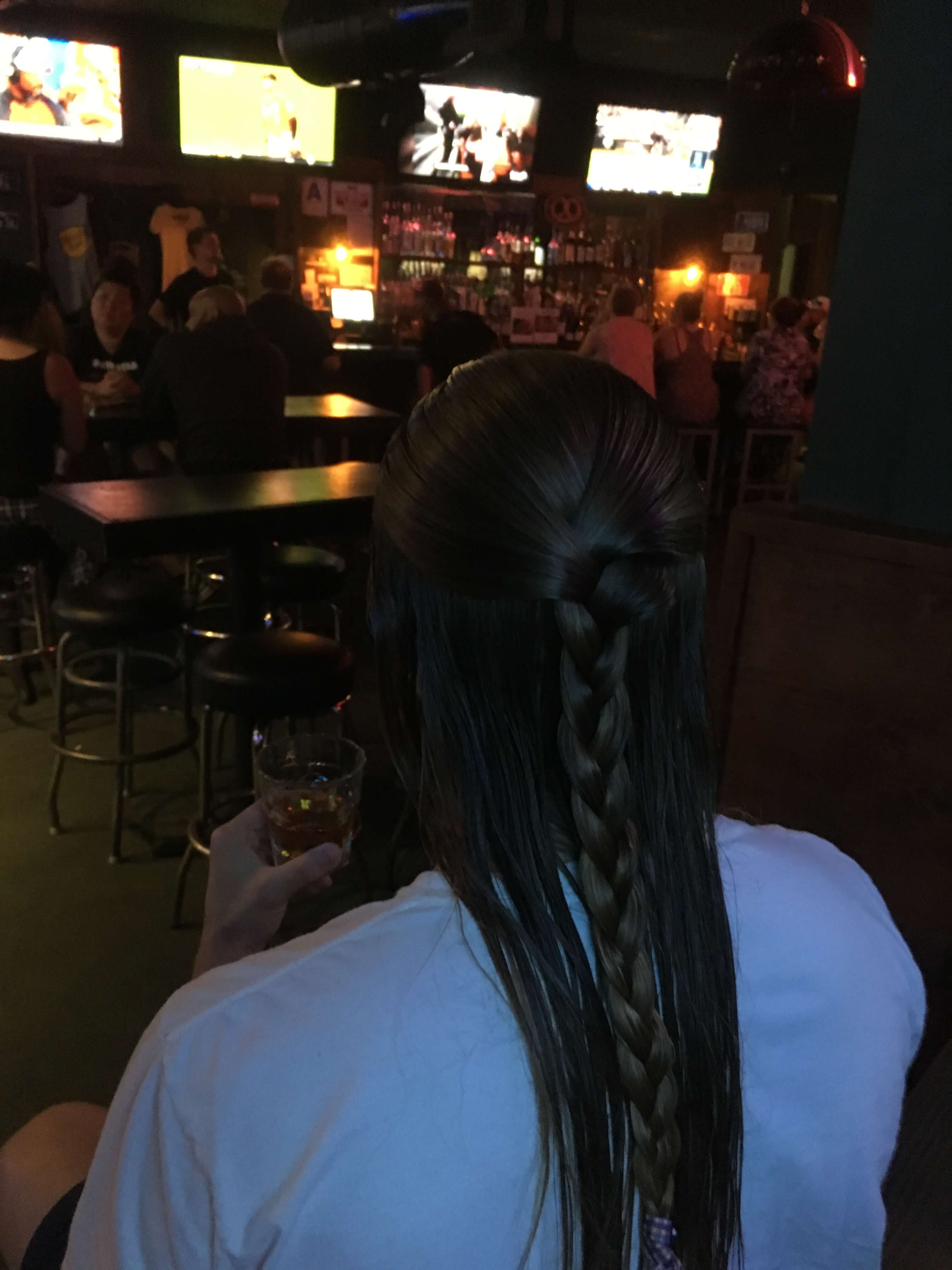 After 30 minutes of letting it set, she used a flat iron to heat the keratin, bonding it with my hair. 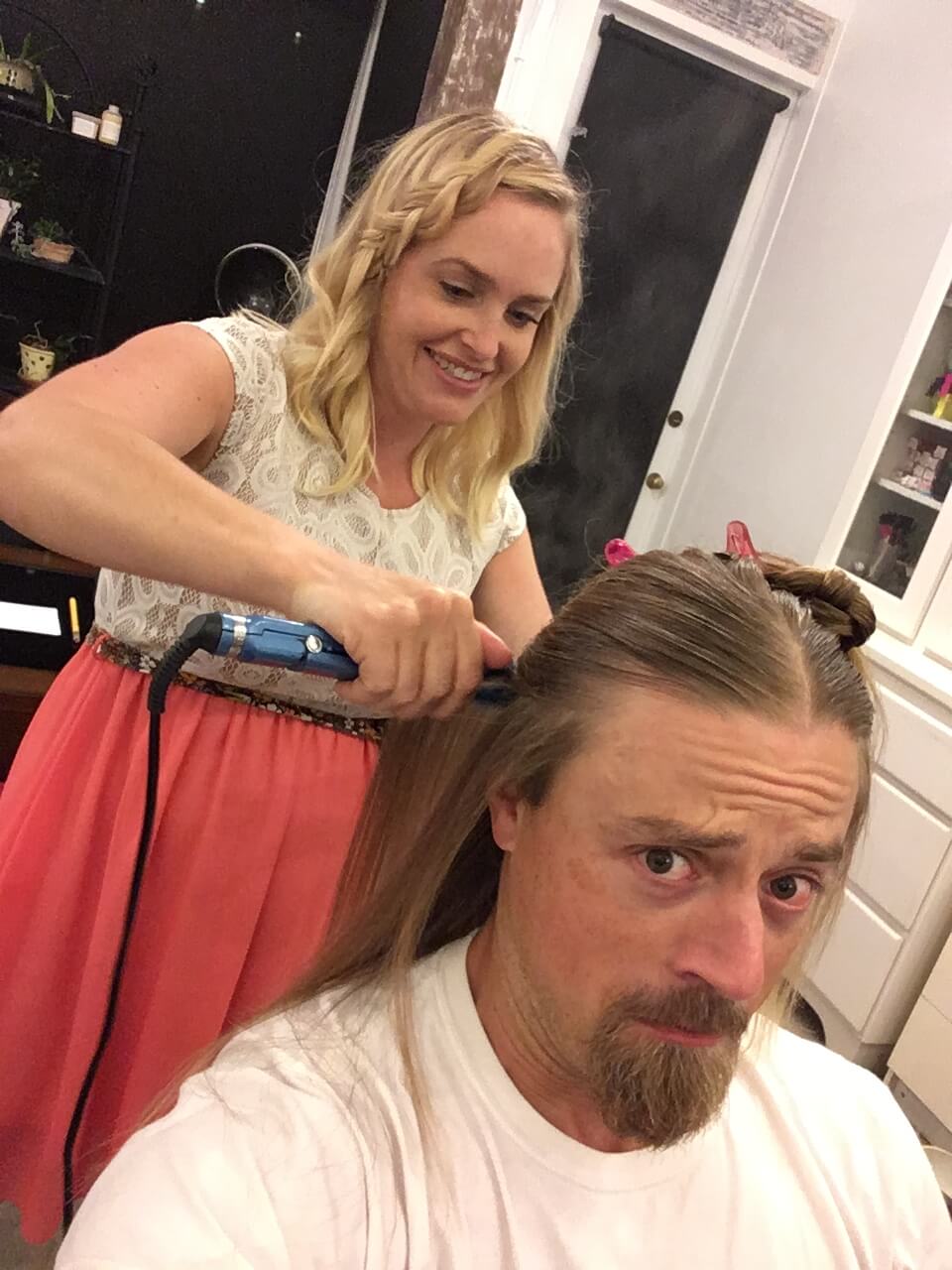 With the keratin treatment complete we moved on to the cut.

We’d been so busy shampooing and keratinizing and learning about hair, I must have forgotten this part was actually going to happen. Once the scissors came out shit got real. There was marked trepidation, but she knew what I wanted and I trusted her.

She focused on the most damaged hair at the very ends, that when combed straight down appeared virtually translucent. Using a ‘carving’ technique, she cut at a diagonal, upward angle, creating a little texture and removing split ends while preserving a rugged finish. After all was done, she took off about an inch, no more, before the shears were safely tucked back into a drawer. And we can live with that. 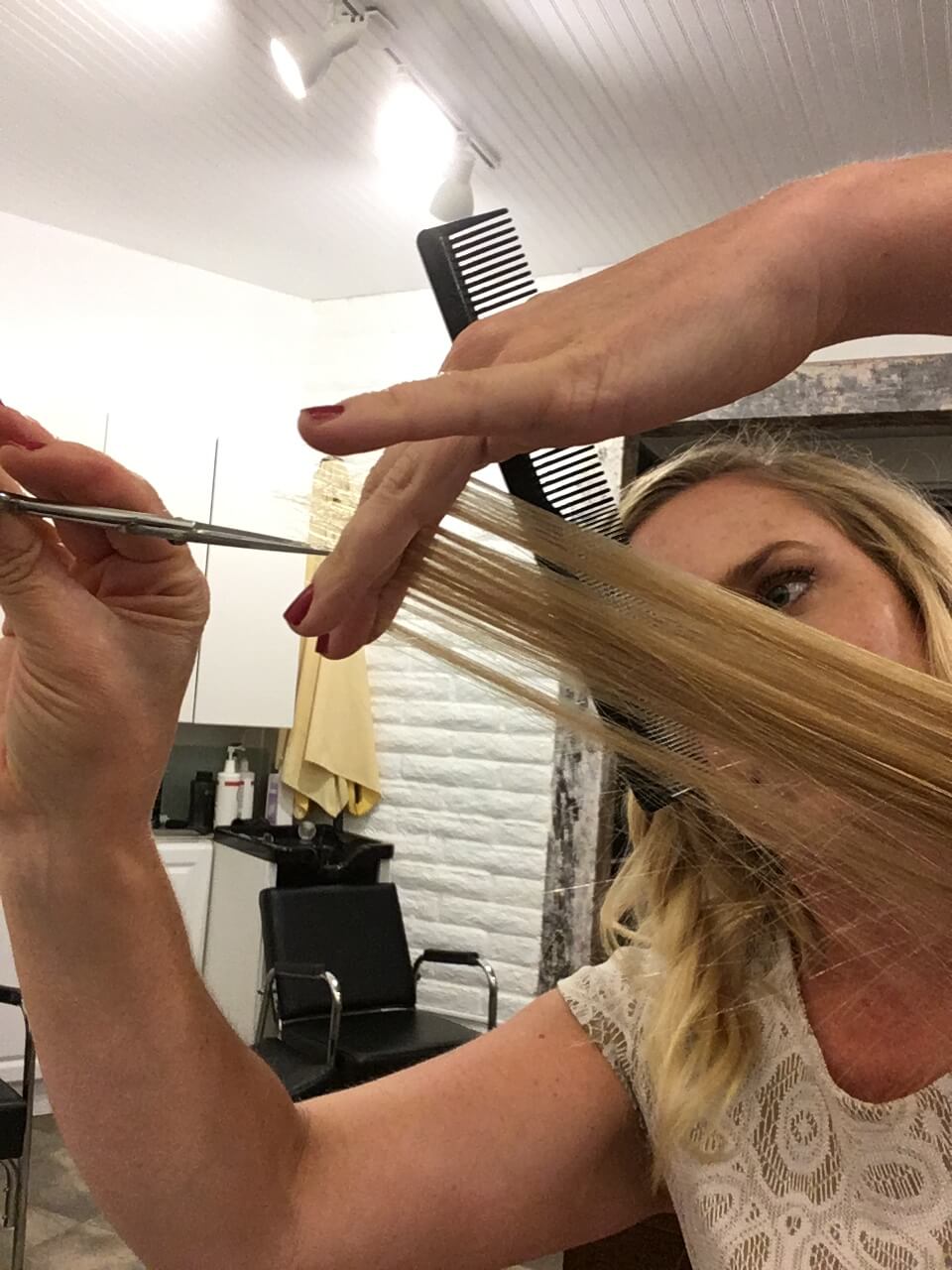 …were profound. Like two feet of cascading luscious gold-profound. The tangles were completely gone, my hair was super smooth, the split ends were systematically eliminated and the mane in its entirety was shockingly soft. I was back in the golden era. 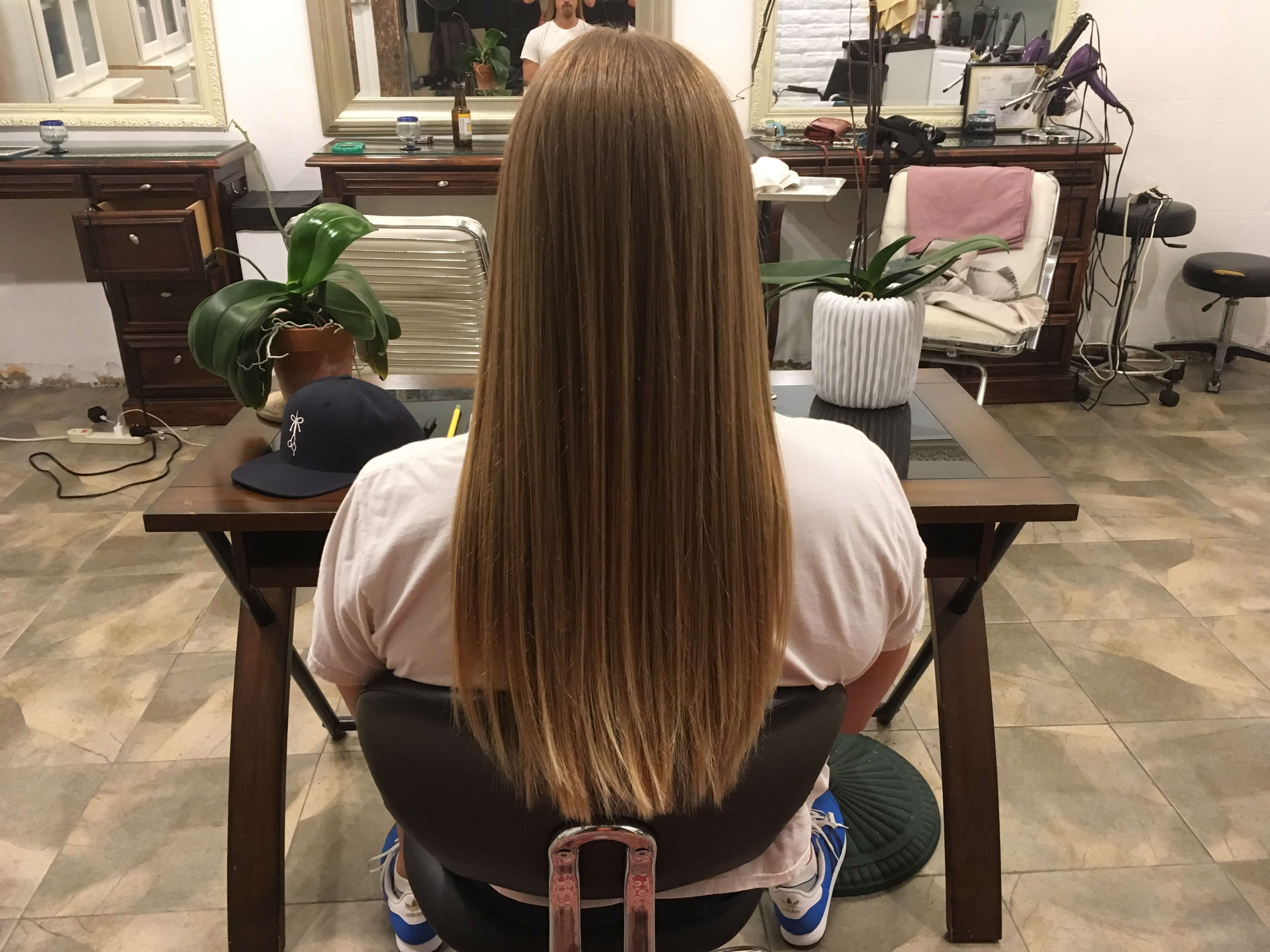 There were a few details to mind following the whole treatment. For one thing I was forbidden to get my hair wet for three days: no swimming, no sweating, no soaking. I was also to avoid tying it up, wearing hats or any rough treatment as much as possible.

Following this three-day period I was instructed to take extra measures to moisturize. While keratin can be great for your hair it slows the absorption of moisture, allowing it to dry out faster. For extra moisture I use spray-in moisturizer, coconut oil and conditioning in between washes. 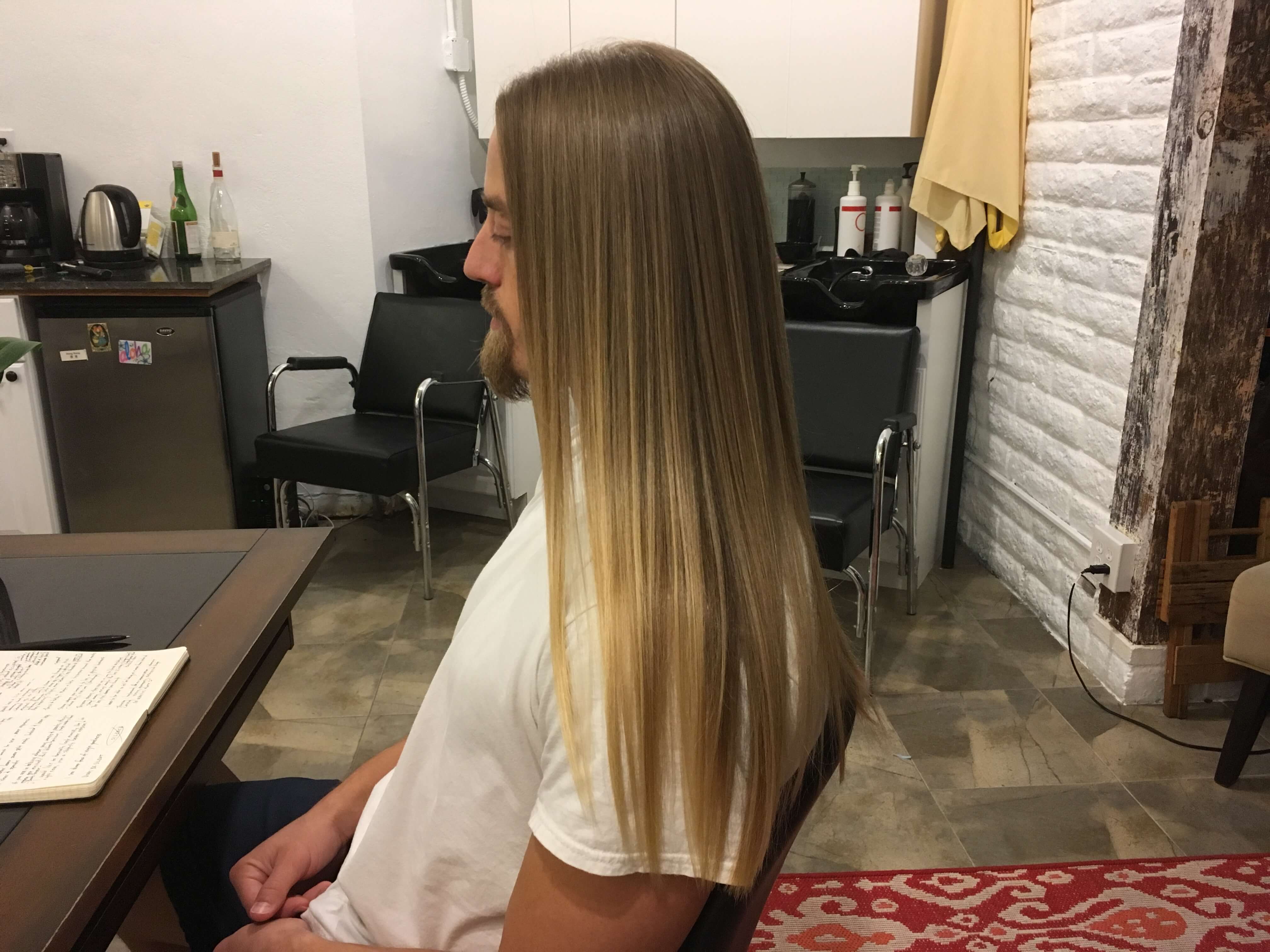 The trim and treatment experience was excellent. As a man with long hair, having not been exposed to salons and professional hair care for most of life, the experience was comfortable, entertaining and educational, and the results were terrific.

This is why we suggest a trusted salon for your hair, and one that emphasizes hair education.

If you’re trying to find the right place, politely ask what credentials their hair professionals are required to have, and if there are ongoing education requirements. Also see if they offer classes or training, and if they post educational content on their website.

If you’re in San Diego, we always recommend House of Imago and Style Lounge Salon. Tell them The Longhairs sent you, and to be kindly with your mane.

Is keratin treatment right for you? If you have hair like mine and you’re having similar problems, it might be. Since there are many different hair types you should learn more about your hair, consult with a pro and decide for yourself. 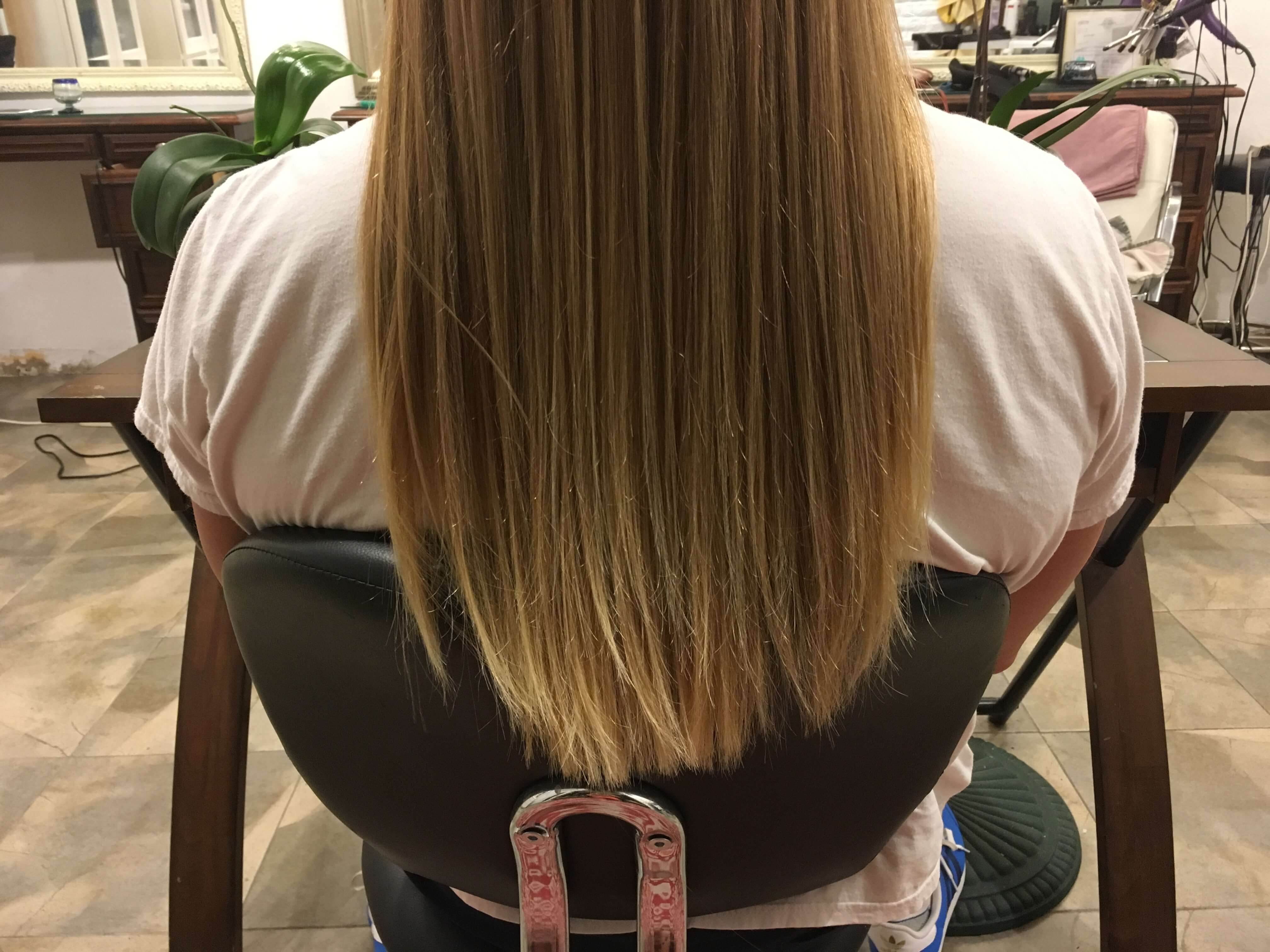 Part II Is On Deck

While this week was specific to tangled and damaged hair, next week we’ll show you how to confidently navigate your own trip to the salon. So hang in there mate, and keep lettin it ride.

Are you using hair ties that are damaging your hair?
If you’re using any of these, the answer is yes. 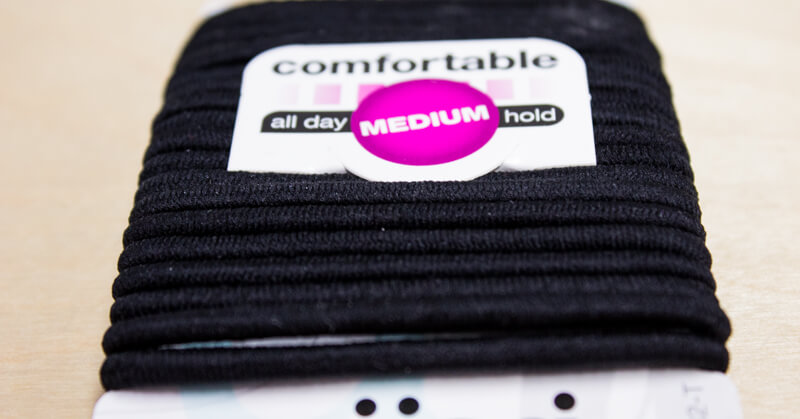 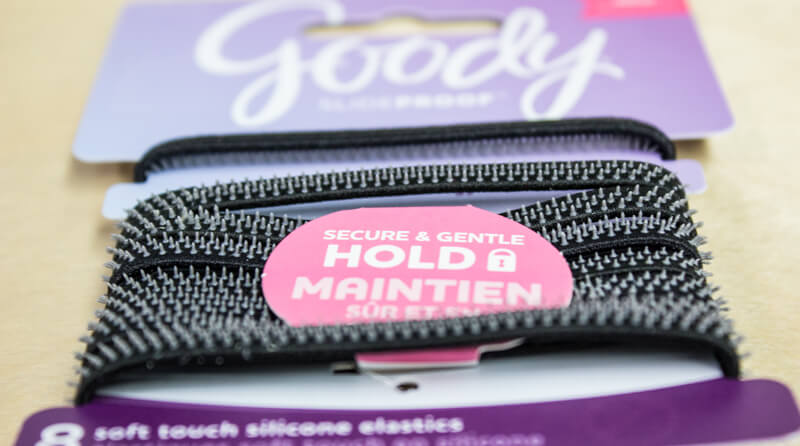