What Are We Dealing With Here?

First of all, yes, you can still grow long hair if you have a receding hairline. Before describing how that’s possible, I suggest the first step is to make an important distinction. Is your hairline really receding? Or have you developed a mature hairline? Because there is a difference.

A receding hairline could be an early sign of male pattern baldness, but a mature hairline is when your hairline slightly recedes naturally as you age. When this mature hairline begins is entirely up to your genetics. It can happen around middle age in your 50’s or later, or it can happen in your 20’s and 30’s. It all comes down to genetics.

This chart explains how to notice the difference. 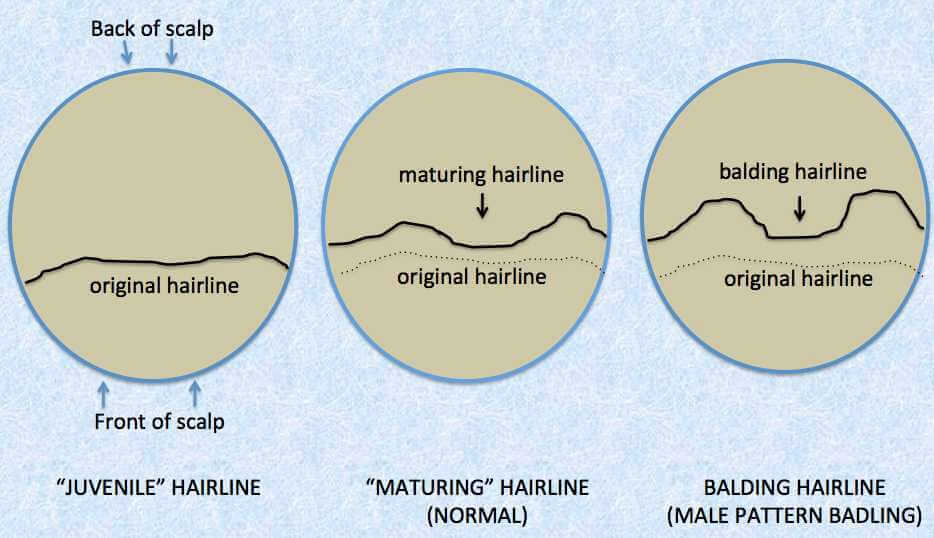 Ronald Reagan was a great example of an older man with a juvenile hairline. 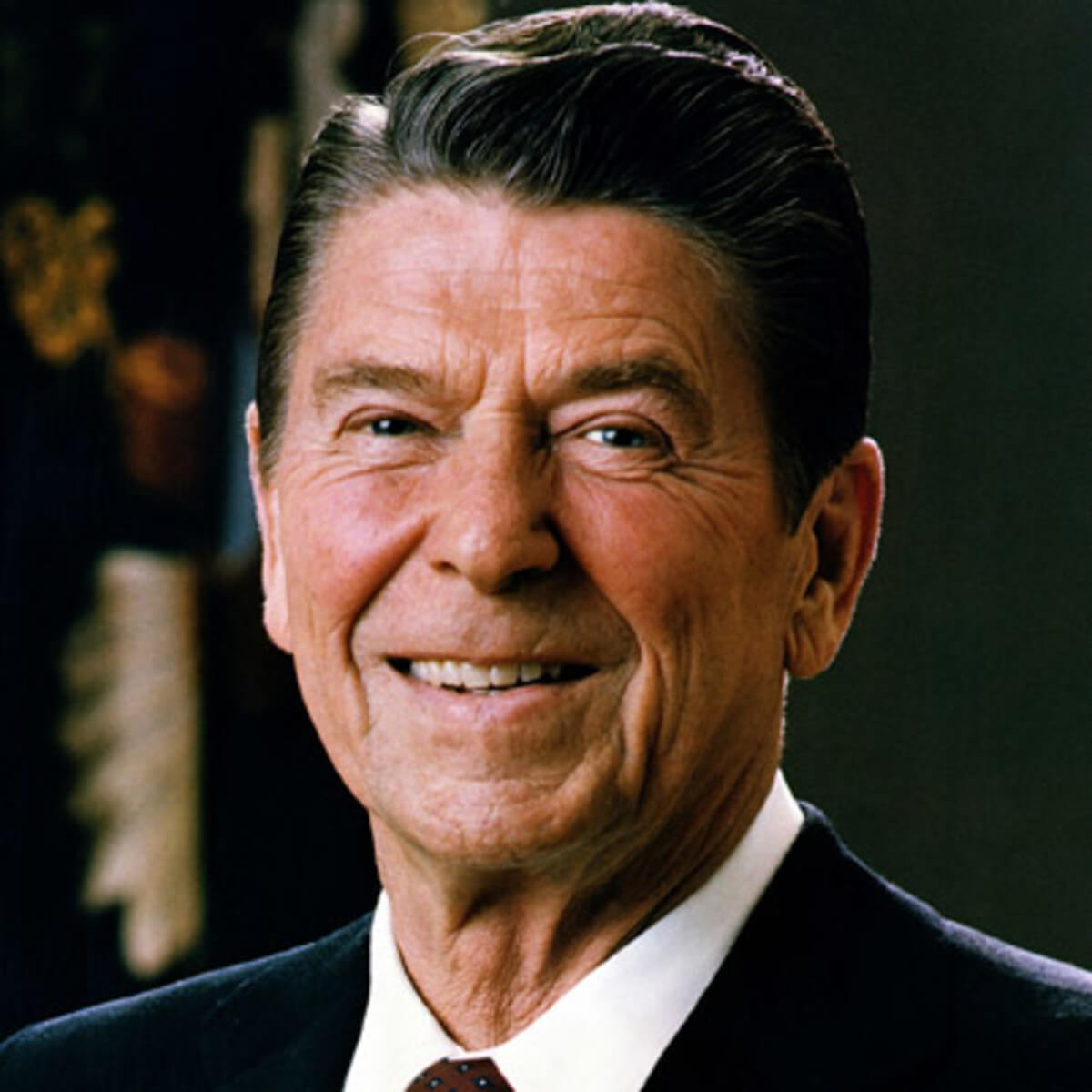 Next there is a mature hairline, where the hair still recedes but it’s not pattern baldness. Jon Ham and Leo DiCaprio are examples of men with mature hairlines.

A mature hairline moves back slightly and usually slower, while a true receding hairline is much more pronounced, usually starting at your temples. It also happens more rapidly and thus more noticeably. 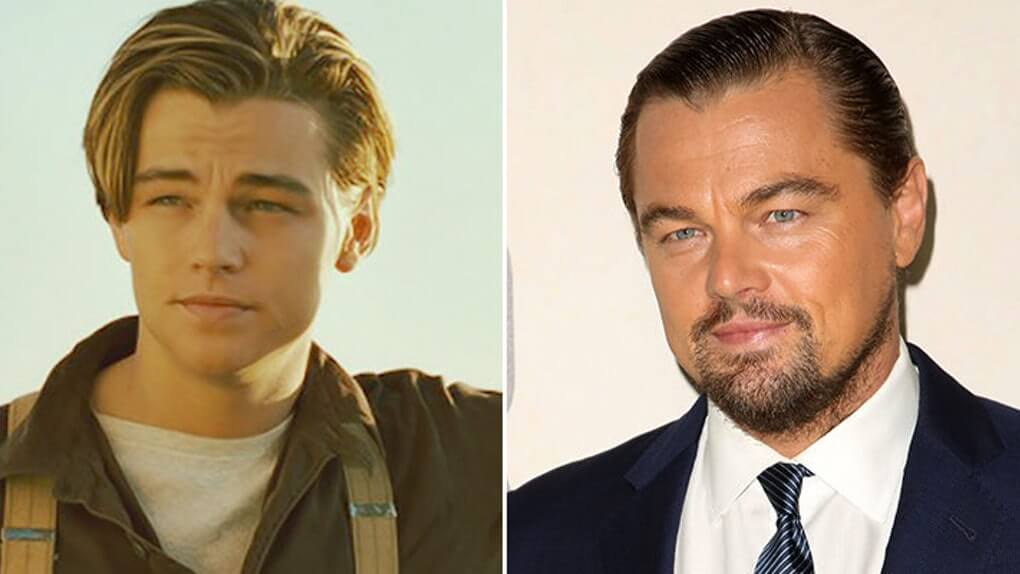 The Hamilton-Norwood Scale was developed to more accurately measure the stages of male pattern baldness on a scale from 1 to 7. First introduced by James Hamilton in the 1950s and later updated by O'Tar Norwood in the 1970s, today it’s commonly referred to as the Norwood Scale.

Usually a mature hairline moves from Norwood 1, a juvenile hairline, to a Norwood 2 or 2A and then stops. If it keeps receding to a Norwood 3 or beyond, this is when Trichologists usually diagnose pattern baldness and recommend hair loss treatments.

Of course that’s a topic for another article. If you want to dive deeper into the specifics of male pattern baldness, a great channel to check out is More Plates More Dates. Derek is extremely knowledgeable, always shows the science (which I really appreciate), and also experiments on himself, sharing the results.

If you want a more in-depth video on how to tell whether you’re balding or if you just have a mature hairline, watch Greg Berzinsky’s video on Beardbrand Alliance. He does a great job offering tools to identify your hairline at home.

Another common mistake for guys with long hair is confusing male pattern baldness with traction alopecia. Traction alopecia is a gradual form of hair loss that can happen by applying excessive force (such as pulling your hair back too tightly or twisting it too hard), damaging the hair follicle over time.

This causes thin, short, broken hairs and bald spots. It can happen anywhere along the hairline but is common near the temples, so it can be easy to mistake for a receding hairline, male pattern baldness or a mature hairline. Some early signs and distinctions are small bumps or pimples on your scalp, a pulling sensation, and tenderness around the hairline.

If you catch it early enough you’ll be ok. Stop pulling and your hair will grow back over a couple of months. If you’ve had ongoing hair loss from traction alopecia, the damage could be permanent.

Back to The Hairline

The answer is absolutely 100% yes! Growing your hair long is one of the best things you can do. The most common area of receding hair is right around the temples, and long hair makes this easy to mitigate.

If you’re a little self-conscious about a receding hairline, don’t let that discourage you from growing out your mane. Here’s a list of men who currently have or had long hair and mature or receding hairlines to give you some inspiration.

Keanu Reeves has a mature hairline and long hair and it looks amazing. You don’t want to mess with Neo or John Wick.

Kristoffer Hivju, who played Thormund Giantsbane in Game of Thrones has long hair and a mature hairline. 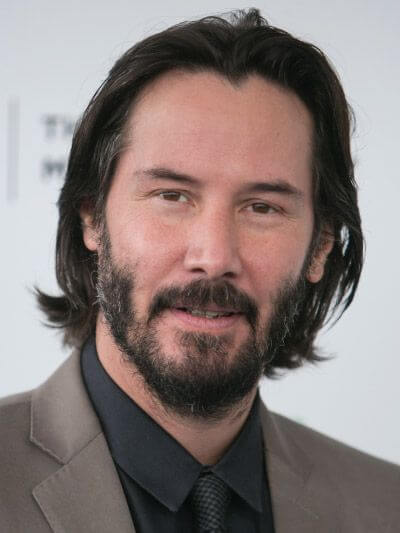 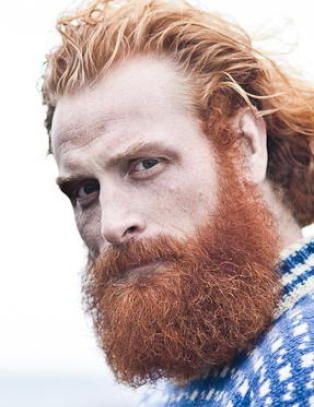 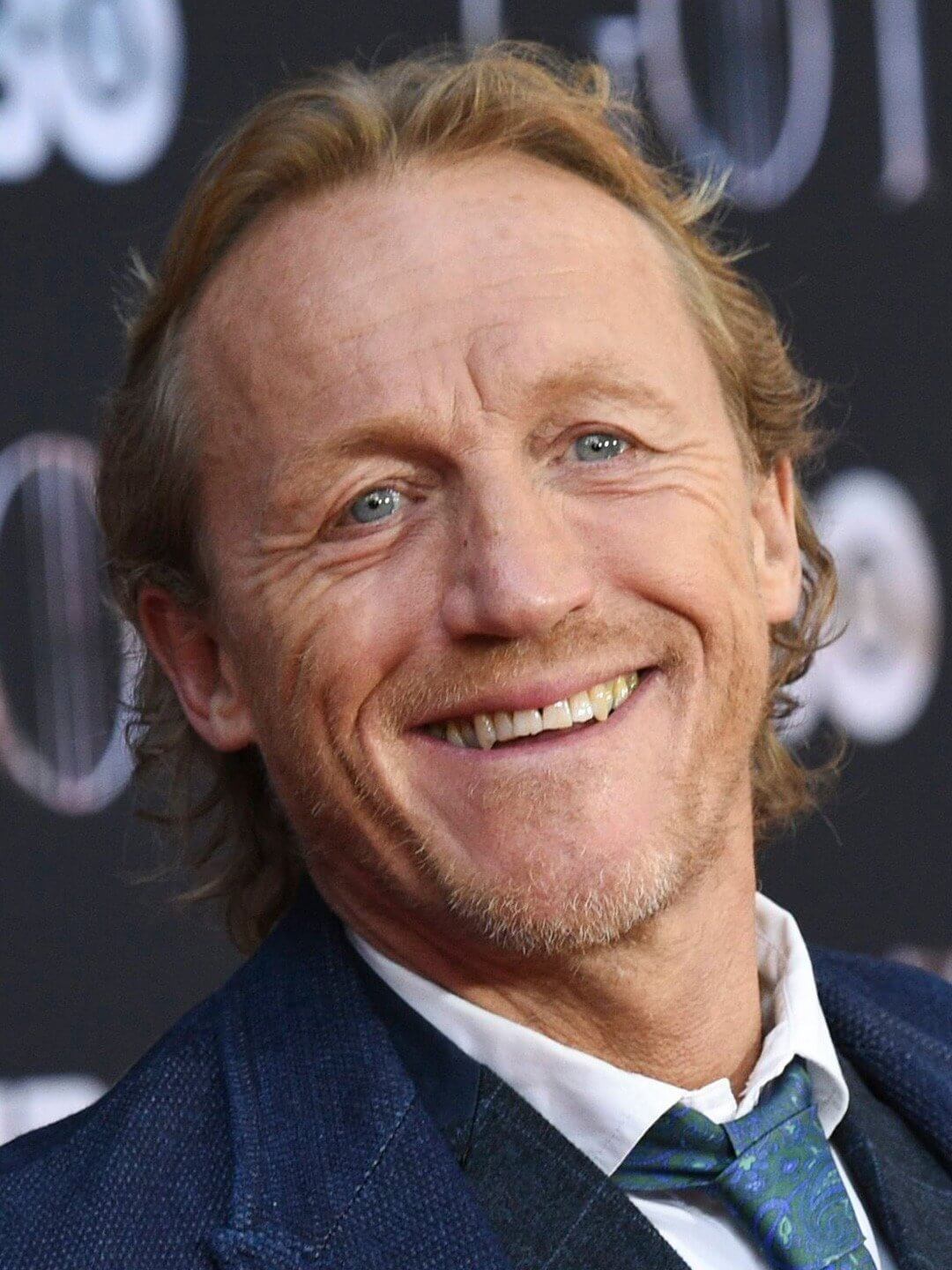 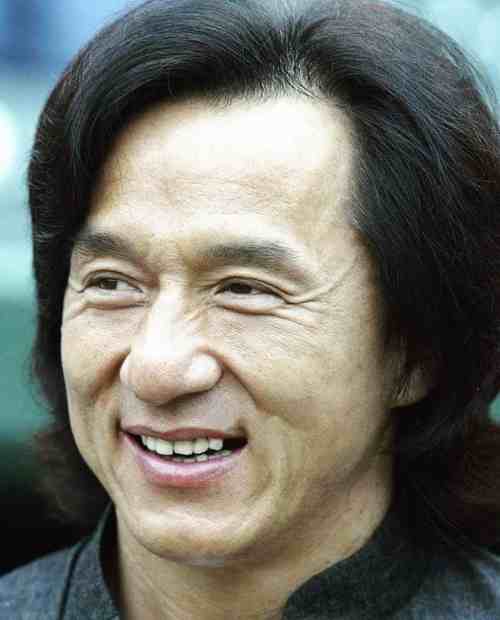 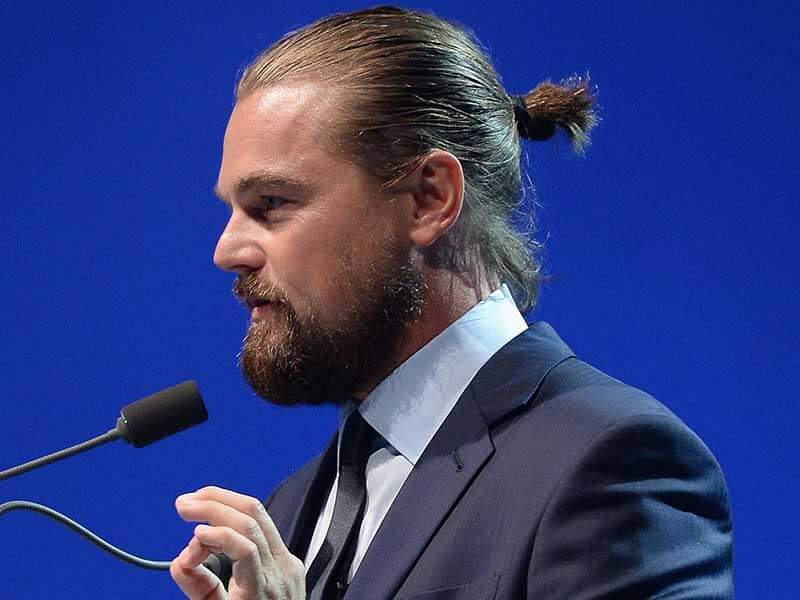 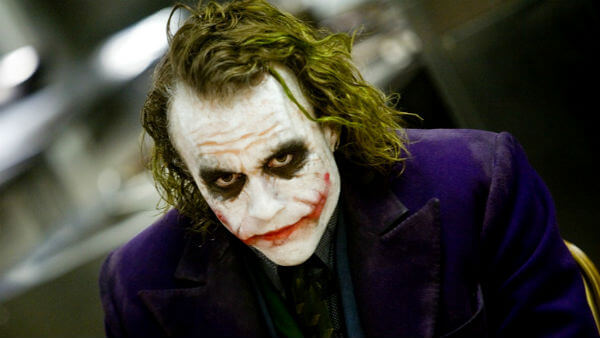 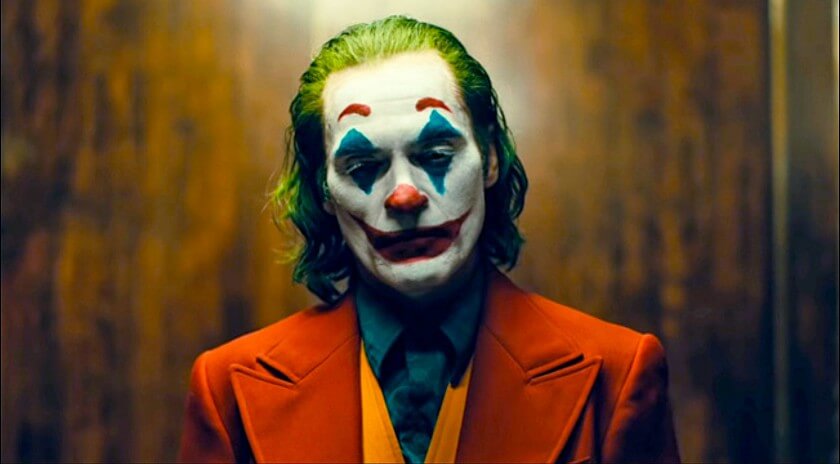 David Dawson who played King Alfred has a strong receding hairline with long hair and it looks great. If you jump over to Bollywood, Saif Ali Khan has a mature hairline and long hair.

I’m sure there are hundreds more but I don’t want this article to go on forever.

You’ll notice the majority of these men (though not all of them) also have some sort of facial hair, whether it’s a beard or stubble. So if you do have a mature or receding hairline and you grow your hair out, a beard can help give you a tough & distinguished look. 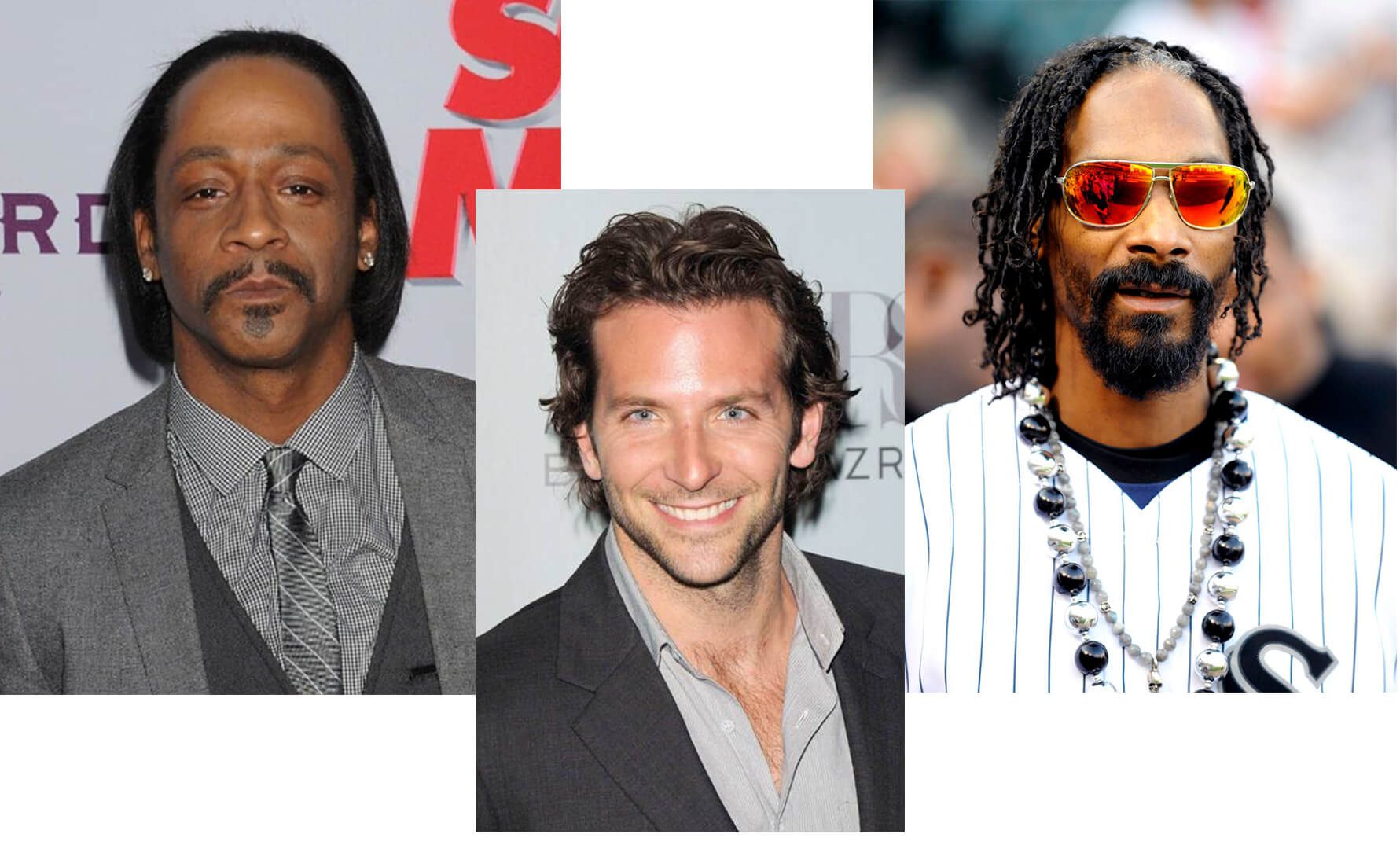 If You Are Balding?

Ok, let’s say you do have full-on male pattern baldness and the treatments aren’t working. Growing your hair out is still an option. Go for just the back.

Hulk Hogan is an example of male pattern baldness (he also melted off his hair in a hair-dyeing mishap and ended up wearing hair extensions in the back of his head). Even under those circumstances he still pulled off the long hair in the back look. 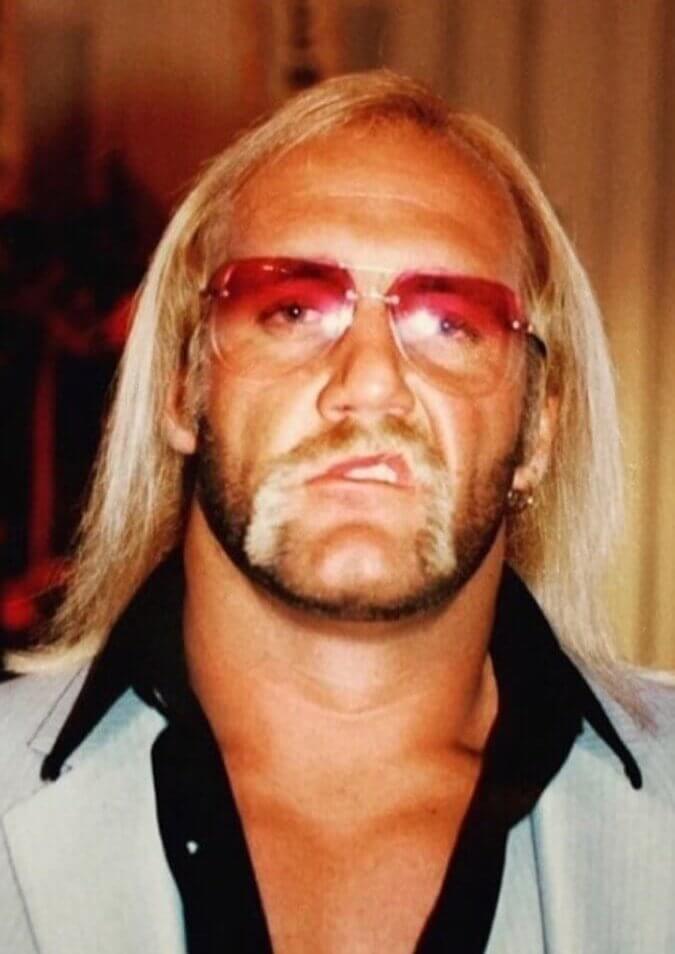 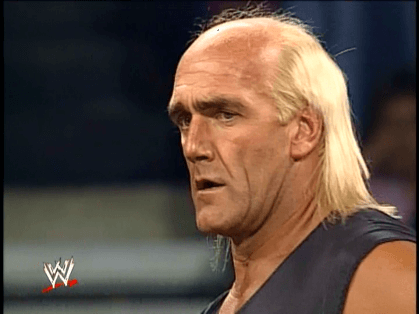 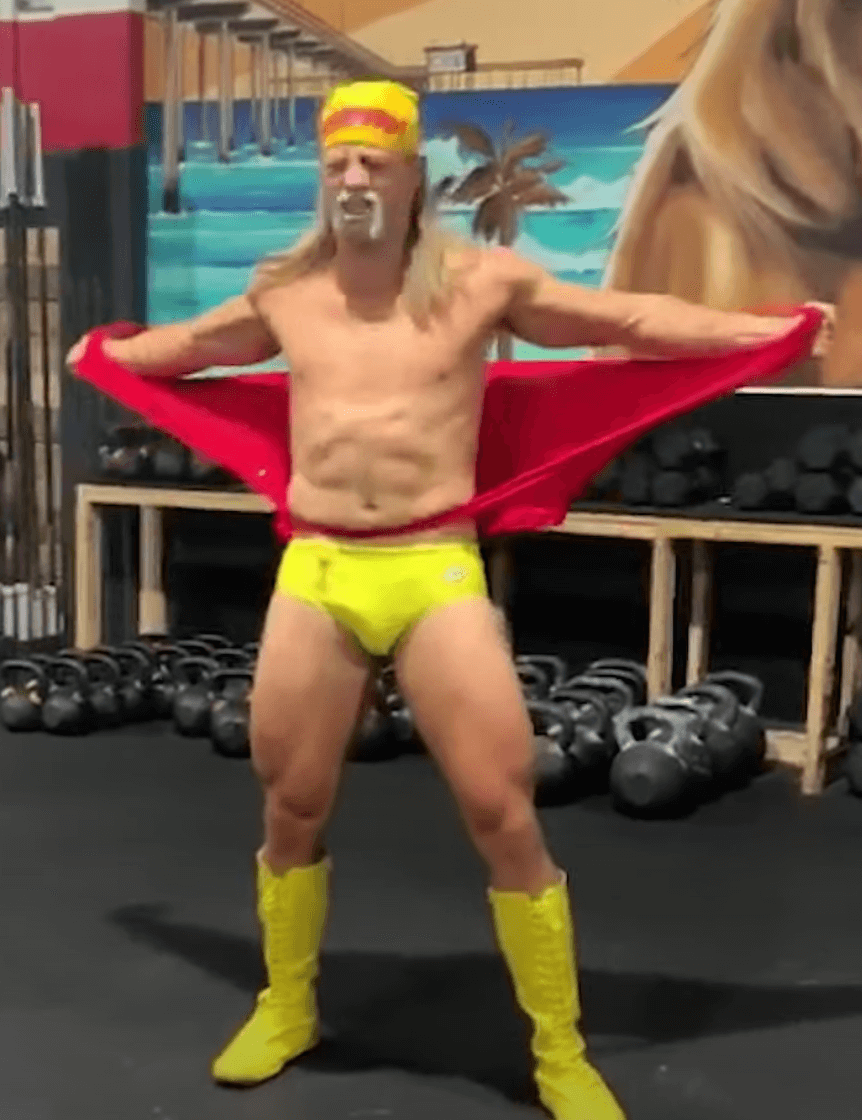 Another option for men rocking the skullit is to wear a bandana on top and have your hair come down in the back for a strong look. George Carlin is another example of a guy who had male pattern baldness and still rocked a ponytail and looked amazing. 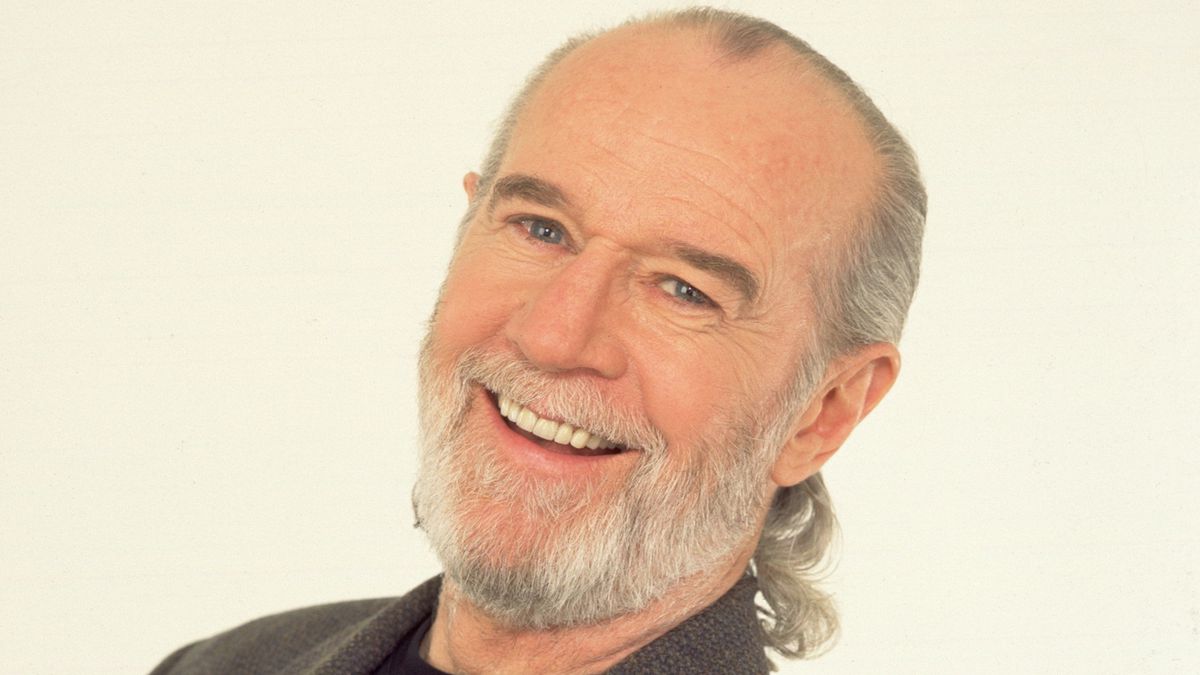 Lastly, if you want to seek medical treatment, like a hair transplant or medication, that is 100% okay! I know there are people out there who say, “just shave your head and own it,” and sure that’s also an option, but not every guy wants to do that. Lots of men choose the medical treatment route and get their hairlines back.

A lot of guys worry about a receding hairline, or think they can’t have long hair because of it. Don’t let it discourage you from growing out your hair…wherever it will grow! The truth is you have options that can still look awesome whether you have a mature or receding hairline, or even male pattern baldness.

At the end of the day it’s your hair and your life, so do what makes you feel the best. Be confident, have a little faith and just go for it. 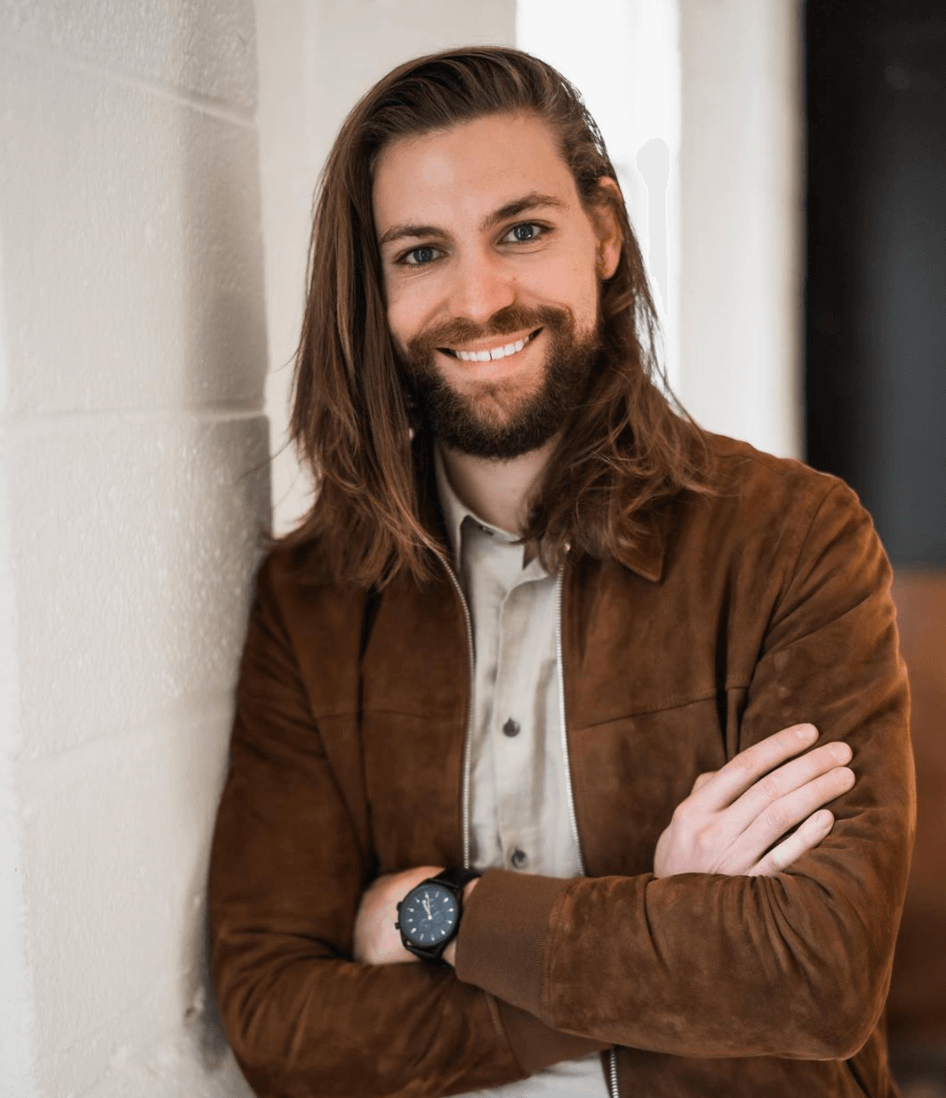 Travis is a men’s style & grooming YouTuber with a passion for helping guys look & feel their best internally & externally. He believes that, like hair growth, life is a journey, and you’re most fulfilled when you’re always growing.

Link up with Trav: