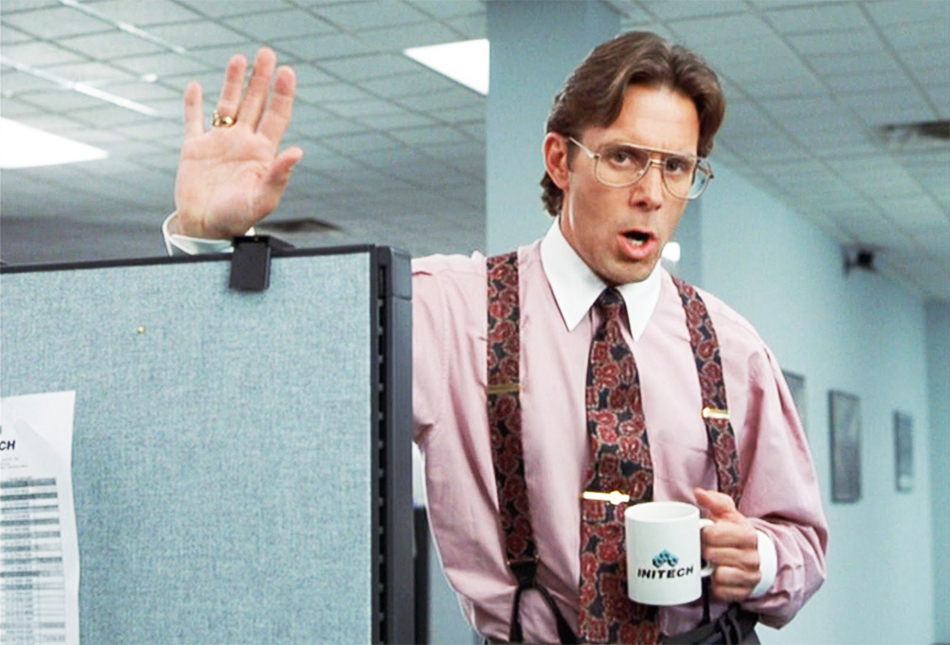 It’s no question longhairs are discriminated against in the world of the professional workforce. In this case the guy had to show he was suffering from a body image disorder just to get his job back. Long hair limits your upward mobility. It’s hard to be a boss with long hair.

The system is a set of written and unwritten rules.

There are a lot of shorthaired bad-ass bosses out there, maybe even yours. But if they ever had the notion to let their hair grow out, it was squashed by the system.

The system tells us to play it safe, and short hair is one of the requirements. It’s conventional and has a predictable outcome. You know what you’re going to look like and how you’re going to be seen by others. You’ll be accepted.

Growing your hair long—and going against the system—is a little more risky, and involves some fear. Long hair is unconventional, different, even “weird.” The nail that sticks out gets hammered down, and getting hammered down hurts.

There’s the risk of looking bad, the fear of embarrassment, ridicule and criticism.

Long hair is physically conspicuous and funny-looking during the awkward stage. There’s the risk of looking bad, the fear of embarrassment, ridicule and criticism. And of course the risk of not getting a good-paying job.

There’s nothing wrong with playing it safe. Besides avoiding risk and fear, people live great lives and achieve happiness playing it safe. The expectations have been set for a reason: it’s the tried and true path to success. And that’s fine. Everyone can’t be unconventional, otherwise it would just be…conventional.

But deep down there is desire for risk. It’s the same place where the desire for adventure comes from, and the desire to fight, like little boys with imaginary machine guns pitting their action figures against each other in battles to the death. The same reason our favorite movies have adventure, danger and conflict.

Maybe that’s why so many action sports athletes have long hair. And musicians. And guys who ride motorcycles. Those things are risky, but they’re willing to risk it.

The majority certainly lies on the safe side, where the safe people can point and laugh at the risk-takers. But while pointing and laughing they’re watching GoPro videos of the risk-takers BASE jumping and doing backflips on YouTube.

Part of having long hair is taking that risk.

Every man with long hair had to risk it, musicians or athletes or just guys. Part of having long hair is taking that risk, and overcoming the fear created by the system.

So why does your boss have short hair? It’s the system. That, or he just hates hair in his face when he’s trying to make a sandwich…which we can understand.

But you have a choice. Play it safe? Or risk it.