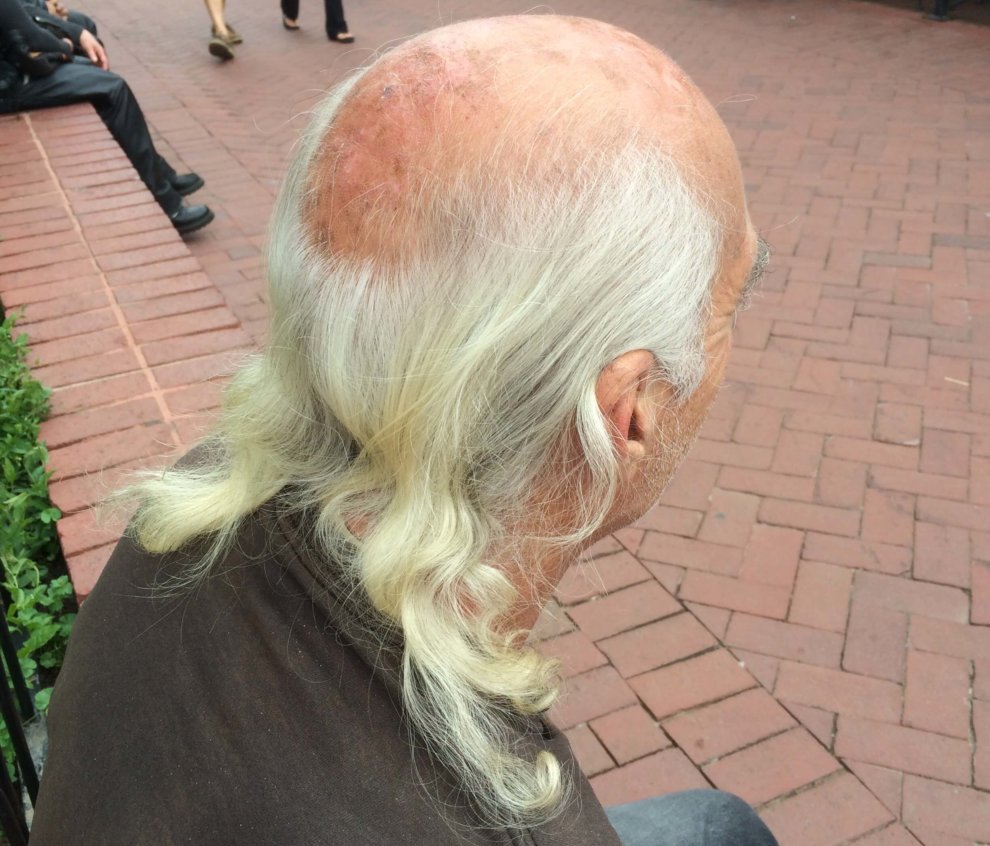 You know the combover. It’s a long hairstyle for men, of sorts, typically employed by persons experiencing male pattern baldness. When hair no longer grows on the top of the scalp, but the remaining hair grows in a ring around the sides, long enough to comb it over the top, thus concealing the hairless, shining crown.

Popularized by Woody Harrelson’s and Bill Murray’s characters in the hit family classic, “Kingpin,” the combover has gotten more than it’s fair share of criticism over the years. But does it really deserve all the bad press?

Some might call it a desperate attempt to cling to the last bit of flow, or even youth. Some might say to just cut it, let go, embrace the fact you’re going bald.

We reject that notion. We think you should hang on until to the bitter end—if that’s what you want and what makes you feel good about the whole situation. In the words of Joseph Knowles, “I’m doing what I can with what I’ve got.”

We don’t just respect the combover, but all hair styles and configurations, even the oddly conspicuous undercut. Respect goes beyond any particular hairstyle, even to guys who can’t grow their hair at all, for whatever reason.

The fact is, some guys simply can’t grow their hair out. He might have a job that prevents him from growing it, or a wife or girlfriend who prohibits any growth beyond the ears. He may simply be folically challenged, like our combover fellows.

We understand. And not only do we respect these alternate hairstyles, they can be “in the club” too, so to speak. Here’s why.

First of all, anyone who’s had long hair is automatically in. If you had it, you earned it. You made it through awkward stage hair. If you’ve left the ranks, we hope you return. Even if you don’t, you get to hold the title for life.

But even guys who’ve never had it, because it’s more than just the hair. It’s about what it means to have long hair. For us, that includes:

“I’m doing what I can with what I’ve got.” Joseph Knowles

That’s not to say the conventional world is a terrible thing. There’s a reason it’s conventional, that’s because it works for a lot of people. Conventions are built by good-meaning folks who’ve tread the tried and true path, albeit via the safe route.

It’s not about disdain for the conventional, or even the convention, but embracing being different. Like Frank said…I did it my way.

Even if you don’t have the slow beach exit hair whip in your arsenal, or you can’t quite throw it down for Hair Whip Wednesday, you can still be different and unconventional.

That could mean starting the YouTube channel you’ve been thinking about, getting that tattoo you always wanted, striking out on your own independent career path, or traveling the world instead of taking a corporate job. Shoot, the beard guys have their whole thing going. It could just mean a willingness to be different.

Simply put: if you subscribe to the notion that you don’t have to live a conventional life we’re made to believe we’re supposed to;

if you have the courage to be different;

if you’re down to let it ride…

Whether it’s the combover, the full cue ball, or even the undercut, let’s show respect to all. And remember…

Long hair lives in the heart.

Are you a longhair at heart? Tell us about it.