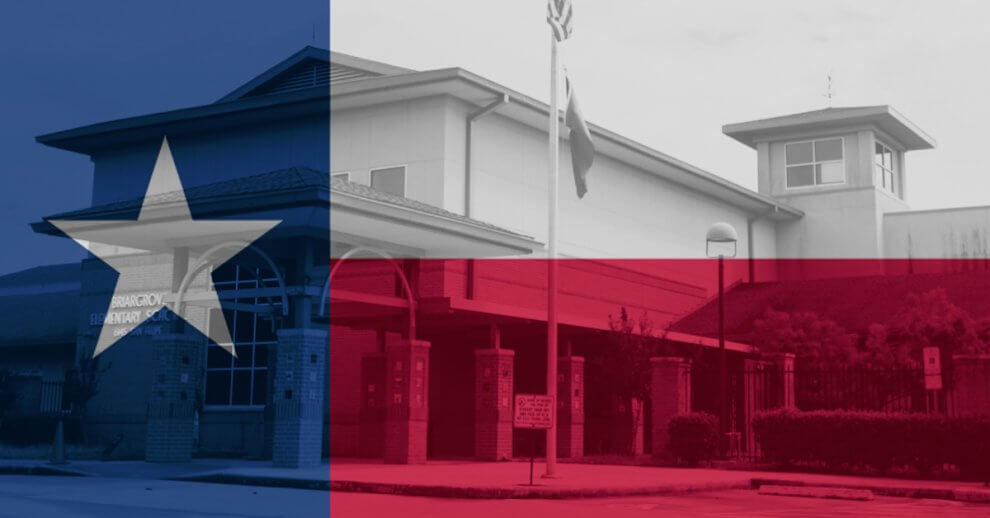 Disciplined For Having Long Hair

On October 21, the ACLU of Texas filed a federal lawsuit against the Magnolia Independent School District outside of Houston, seeking an injunction to halt the enforcement of discriminatory dress codes.

Filed on behalf of seven students from 7 to 17 years old, the lawsuit argues gender-specific requirements in the district’s dress code policy violate equal protection under the 14th Amendment as well as Title IX.

The suit further describes punishments causing immense and irreparable harm to students who refuse to cut their hair, ranging from days or weeks of in-school suspension, separation from peers and denial of extracurricular activities, to alternative disciplinary school.

Garnering national and international news from The Washington Post, NBC News, Newsweek, The Texas Tribune, The Independent and the BBC, this lawsuit is the next step in an ongoing battle with discriminatory dress codes in school districts across Texas.

With the issue smoldering over the last several years, in September, 2020 the ACLU of Texas sent a letter to 477 school districts urging them to revise dress codes containing a hair-length requirement that applies only to male, but not female students. A follow-up letter in June, 2021 continued pressing districts.

Among other cases, these letters cited De’Andre Arnold v. Barbers Hill ISD, where a federal court found that a boys-only hair-length rule was likely unconstitutional for purposes of a preliminary injunction. An initial appeal from Barbers Hill was subsequently withdrawn, though it’s unclear whether the district will revise their policy.

Coming To A Head in Texas

Of the 477 school districts receiving these letters, some began making changes while others held out, including Magnolia ISD, who defended their policy in a statement:

“Magnolia ISD has used a dress code that sets different standards for boys and girls for many years. For example, hair length for boys must be no longer than the bottom of the collar. This has been approved by the Texas courts and continues to be used by roughly half the districts in the state of Texas. The differentiated dress and grooming standards do not violate Title IX and are included in the student handbook each year. Magnolia ISD’s approach to the dress code reflects the values of our community at large.”

Despite a third letter directly to the Board of Trustees, imploring Magnolia ISD to stop disciplining students and to revise their dress and grooming code, the district did not respond while continuing to enforce the policy.

Four days after the lawsuit was filed, a judge granted the request for a temporary restraining order on the enforcement of Magnolia ISD’s policy prohibiting boys from wearing long hair.

While it remains to be seen whether Magnolia ISD will revise their policy or appeal the decision, this ruling constitutes a major victory for hair equality. ACLU of Texas staff attorney Brian Klosterboer commented on the judge's decision in a statement:

Magnolia ISD still has a chance to scrap this policy and treat students equally. We hope that other districts in Texas with outdated policies will swiftly fix them and not follow in Magnolia’s footsteps of unconstitutionally punishing students based solely on gender and gender stereotypes.

A Precedent Long In The Making

If you asked us—or any unknown number of boys who’ve been forced to cut their hair, or their parents—we’d have said this was a long time coming.

Not only because the ACLU of Texas has been urging districts to update discriminatory dress codes for years, but because we’ve seen it first-hand. The Longhairs began publishing hair discrimination case profiles and advocating for hair equality in 2016, when parents began writing us about their boys getting bullied or disciplined for having long hair.

As families have reached out we’ve sought to advocate for them by sharing their stories and offering best practices for overcoming discriminatory dress codes.

Thus it’s hard to overstate the importance of the Magnolia ISD lawsuit and its potential implications. Along with other cases, like those from Indiana and North Carolina, these rulings continue to build a legal foundation for sweeping change, offering families a path to recourse.

In the meantime as the legal proceedings unfold, here are the best tools and advice we have to offer.

If You Are In Texas

If you’re being subjected to discriminatory dress codes in Texas, you may have a distinct advantage with the legal proceedings underway. When dialogue, diplomacy and negotiation fail, our recommendations are as follows:

If You Are Not In Texas

If you’re facing discriminatory dress codes in the United States, but outside of Texas:

Wherever You Are: General Best Practices

A summary of measures and tactics we have seen in practice. In the spirit of community, we always suggest beginning with dialogue, diplomacy and negotiation.
Note: many of these suggestions relate to specific cases, which can be found in our catalogue of case profiles in The Pursuit of Hair Equality. 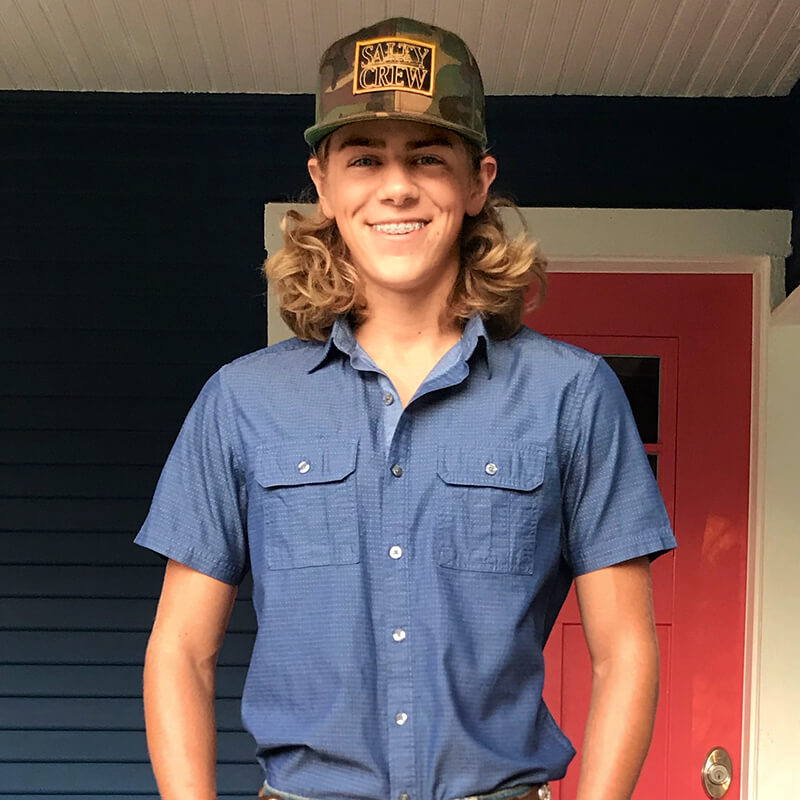 In Lipan, TX, through diplomacy and a collaborative approach with his school’s administration, Cole Taylor was able to get his school’s grooming policy changed. 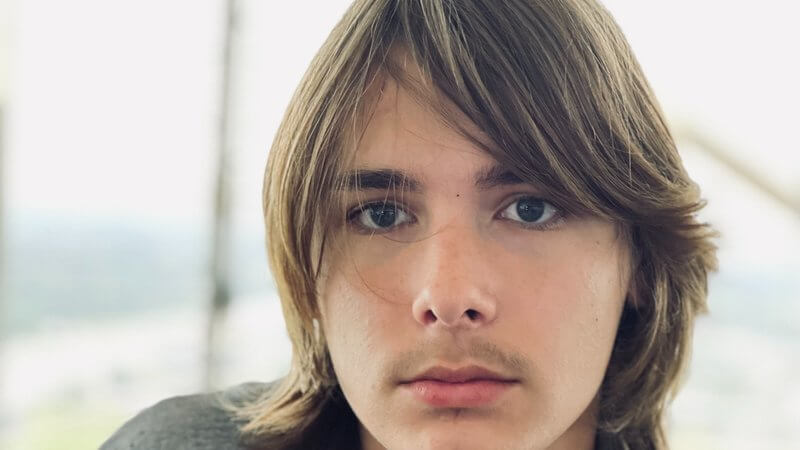 We have seen petitions in the cases of Farouk, Habib, and Jabez, and most recently Jill and Casper Buck. Certainly these offer visibility and exposure, whether they are effective in driving change remains to be seen.
OCR
Office For Civil Rights

Another option some parents have exercised is to file a complaint with the Office of Civil Rights (OCR), a sub-agency of the U.S. Department of Education focused on enforcing civil rights laws prohibiting schools from engaging in discrimination on the basis of race, color, national origin, sex, disability, age, or membership in patriotic youth organizations.

You can see How the Office for Civil Rights Handles Complaints and how to file a complaint.

Laws have been passed in California, New York and New Jersey to prohibit hair discrimination. Known as the CROWN Act (Creating a Respectful and Open World for Natural Hair), these policies are designed to protect people in workplaces and schools from racial discrimination based on their natural hair and style choices, such as afros, braids, cornrows and locs.

While other states are considering similar laws, these policies do not extend to address long hair in general.

UPDATE: Virginia and Colorado became the fourth and fifth states to enact the CROWN Act, followed by Washington State. The city of Cincinnati, Ohio and Montgomery County, Maryland have also passed The CROWN Act in those local and county municipalities.

To date, more than 20 states are considering the CROWN Act and have either pre-filed, filed or formally stated an intent to introduce their own anti-hair discrimination bills. More info: www.thecrownact.com 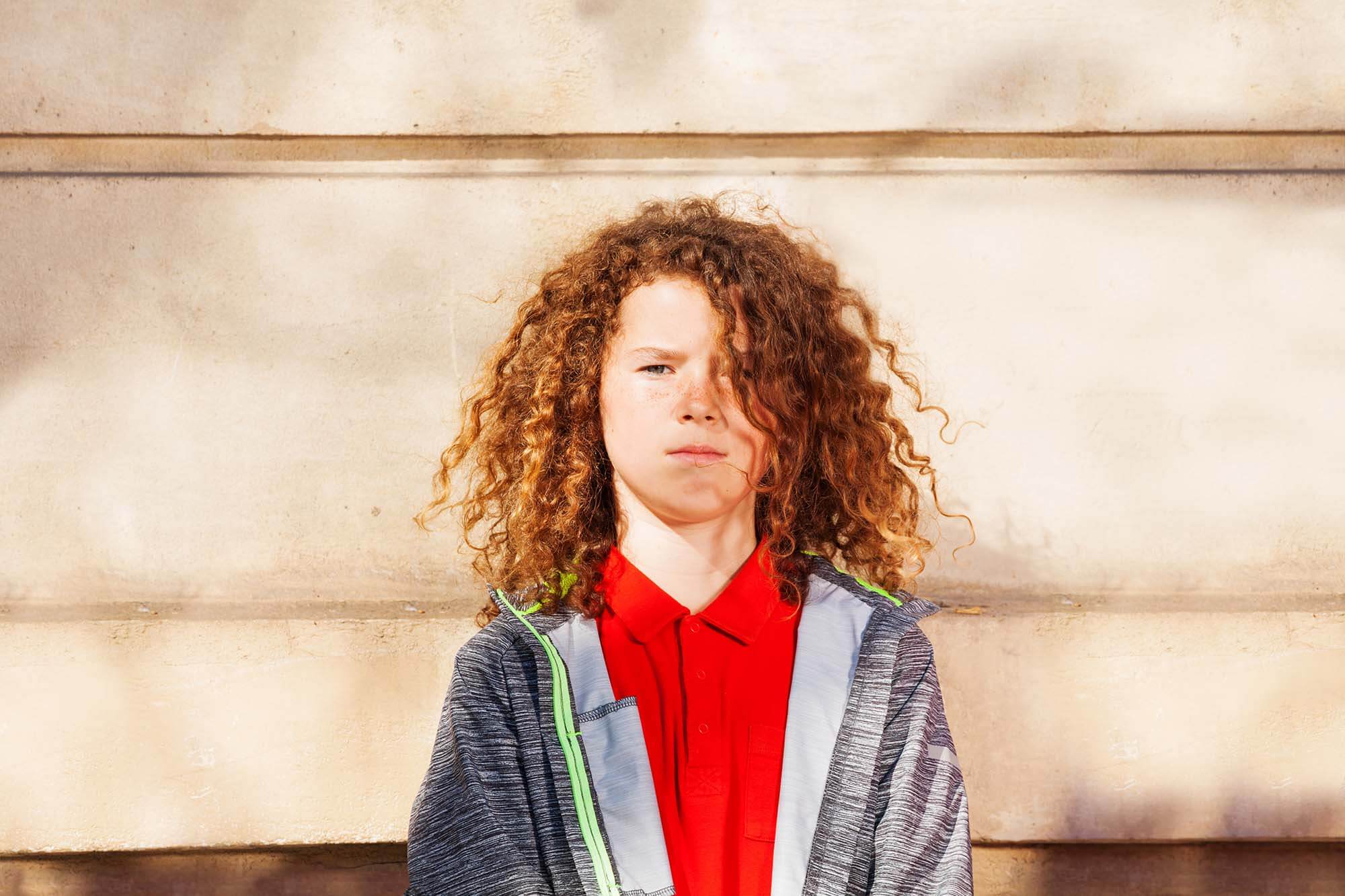 In B.C., Canada, a family was able to invoke the B.C. Human Rights Code, prompting their school to change its grooming policy. 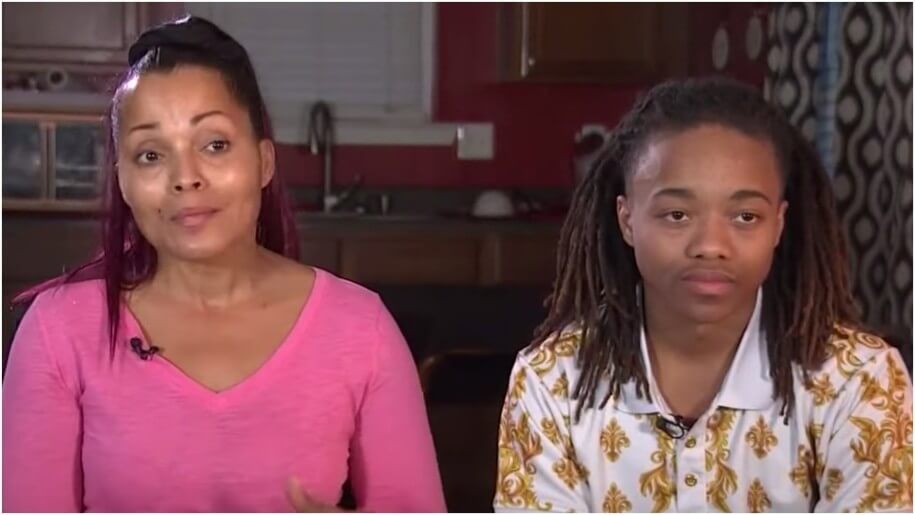 In their open Statement of Support for DeAndre Arnold, Zeph Capo and Jeff Freitas, the respective Presidents of the Texas and California Federation of Teachers, urges the Barbers Hill ISD and all Texas School Officials to adopt non-discriminatory hair policies.

You can reach out to your local American Federation of Teachers chapter to express your views on hair equality in schools. 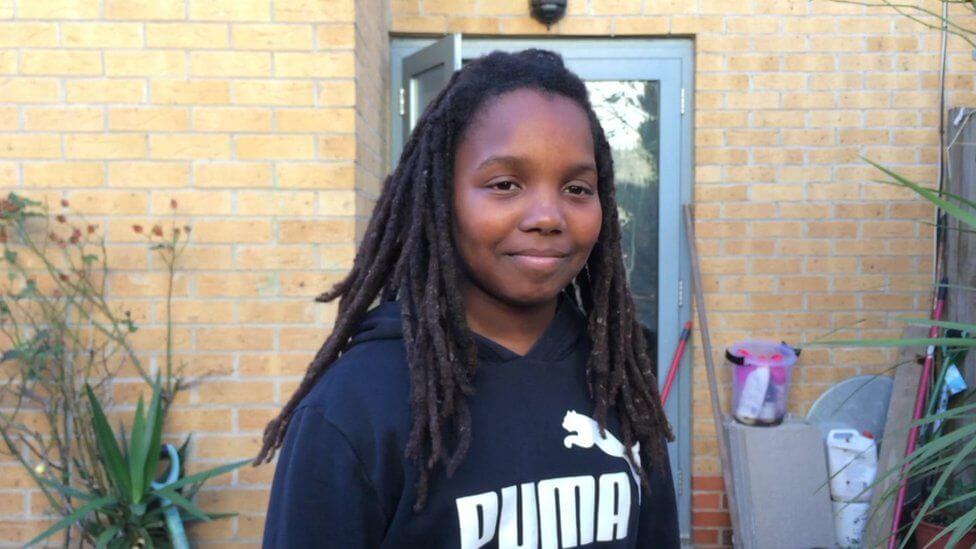 The Chikayzea Flanders family filed suit against the Fulham Boys School in London on the grounds of religious discrimination, resulting in an agreement in which the school was ordered to pay the family a settlement covering litigation costs. Also reference litigation in this article. 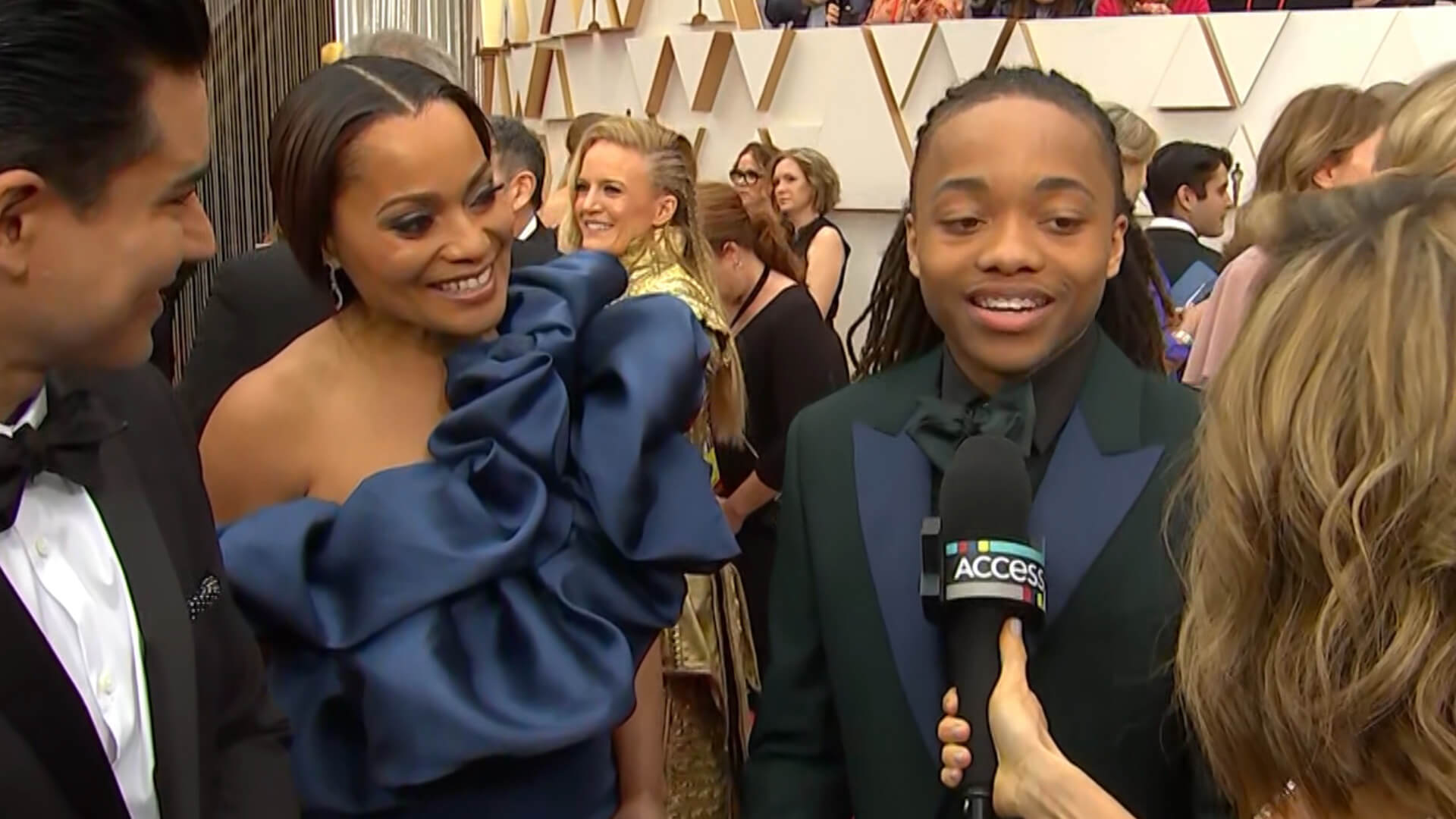 In the case of DeAndre, his situation went viral and millions of people knew about his case overnight. He had the good fortune of gaining national attention and being presented with a scholarship, but even so he still had to change schools while enduring a major disruption in his life.

While each boy isn’t going to end up on Ellen or get invited to the Oscars, the first step in building a broad base of popular support is by documenting these cases, showing what is happening, and putting a face to each boy who is going through it. 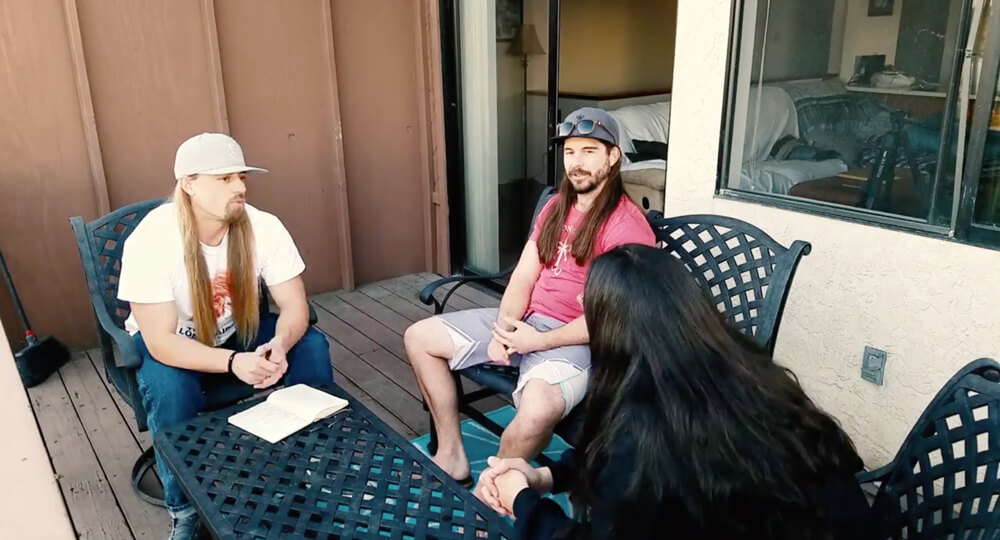 Finally, we’ll share a few suggestions we have offered parents and students pursuing hair equality in the past.

Depending on the student’s age and appropriateness for the situation, cases like these can be far more powerful coming directly from the student.

When Discriminatory Dress Codes Are Gone

In addition to publishing content, The Longhairs is proud to support the continuing efforts of the ACLU of Texas with a donation of $500.

You can help support this work by making a tax-deductible donation to the ACLU Foundation of Texas, or becoming a member of the ACLU of Texas.

Doing The Work Behind The Scenes

Special thanks to Mr. Brian Klosterboer, staff attorney for the ACLU of Texas, and his colleagues and staff, whose dedicated effort has paved the way for hair equality. Following the judge’s decision in the Magnolia lawsuit, Klosterboer said in a statement:

To be pushed out of school entirely, simply because of their gender and their hair, is really unconscionable.

We agree it’s unconscionable. The Longhairs will continue to advocate for hair equality until everyone can grow their hair to whatever length they choose, free from recrimination.

Who Are These Guys?

A community for guys with long hair, advocates, supporters and friends. We publish tips, advocate for hair equality, and celebrate men’s long manes with hair whips and high fives. 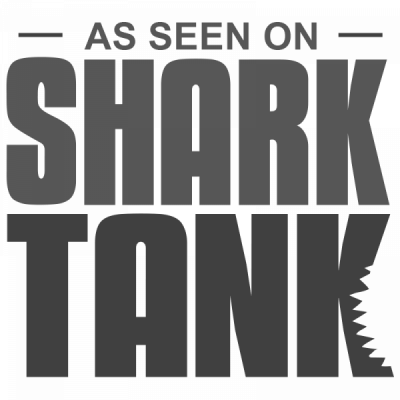 As Seen on Shark Tank

Season 9, Ep. 16: we walked down that hallway and we pitched. Part of the Mark Cuban Companies portfolio. 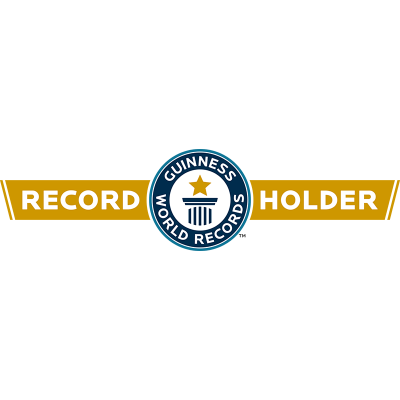 In 2019 we broke the Guinness World Records™ title for the most hair donated to charity in 24 hours. 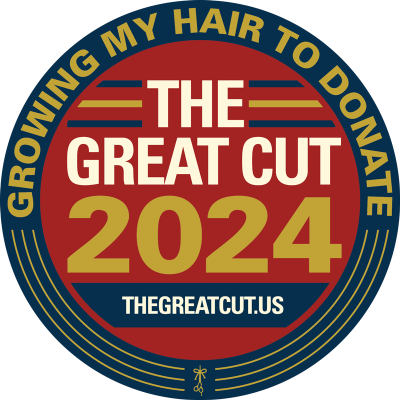