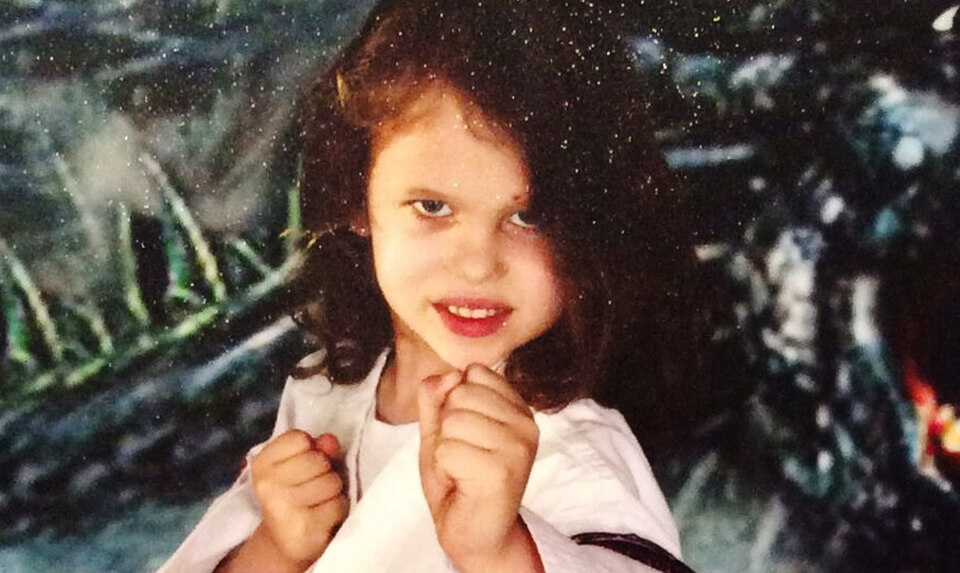 This is a topic we’ve had on our minds for some time: boys with long hair.

We recently received a letter from the mother of a young longhair named Arthur—seven years old at the time of this post. It was so heartfelt we were compelled to share it, with her permission.

This topic goes far deeper than just one kid growing his hair out, and there are many layers. We’ll cover more of those next time, but this story illustrates the ongoing struggle for boys with long hair.

At the end is a video message for Arthur, and for all the boys with long hair, and for any punk kids hassling them about their locks.

Read the letter. Watch the video. And high five a little longhair.

See our full feature on Boys With Long Hair
Go There

These pictures are of my seven year old son, Arthur. He is a bold, confident, and hilarious little guy (in case that wasn't apparent from his ninja space knight costume!). His hair hangs down to his waist and he LOVES it. Kids who are his age and younger are fairly easy going about it; they mistake him for a girl no matter what he is wearing, but when he corrects them they move on with their day. Everyone plays, has a great time, and forgets about the hair.

Unfortunately, older kids, even if they're only a year or two older, have a much different outlook. Some kids think it's funny to keep calling him a girl, some insist only girls can have long hair so he must want to be a girl, and some tell him they are 'creeped out' by long hair on guys. He has two main responses he uses with kids:

1) He reminds them that this is his body and he likes his hair the way it is. If they don't like long hair, they don't have to have it. 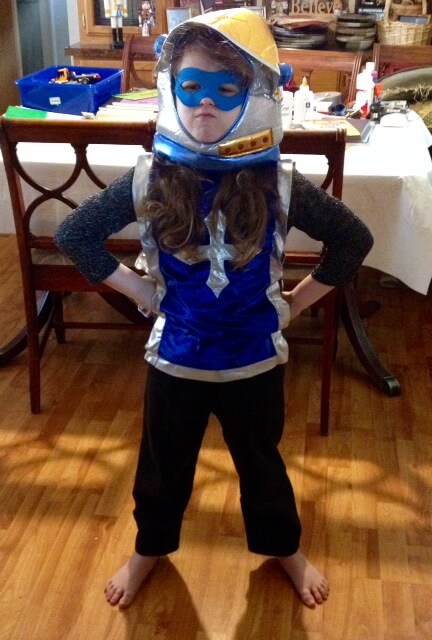 That usually sends hecklers on their way. If not, he knows to walk away, find a trusted adult, and report the incident. He knows that these kids just don't know how to be friends and that a teacher or a parent will help them understand why their behavior isn't okay - it's not his job to teach them.

When adults heckle him, I step in immediately. No kid should be confronted by rude, antagonistic adults! I remember an event that happened in 2014 that still burns me up. An elderly man was complimenting Arthur on his good behavior in a very long grocery line. He mistook Arthur for a girl and I quietly and politely corrected him. Most people just make an honest mistake - they're so used to the overwhelming majority of long hair wearers being female that they jump right to that conclusion. 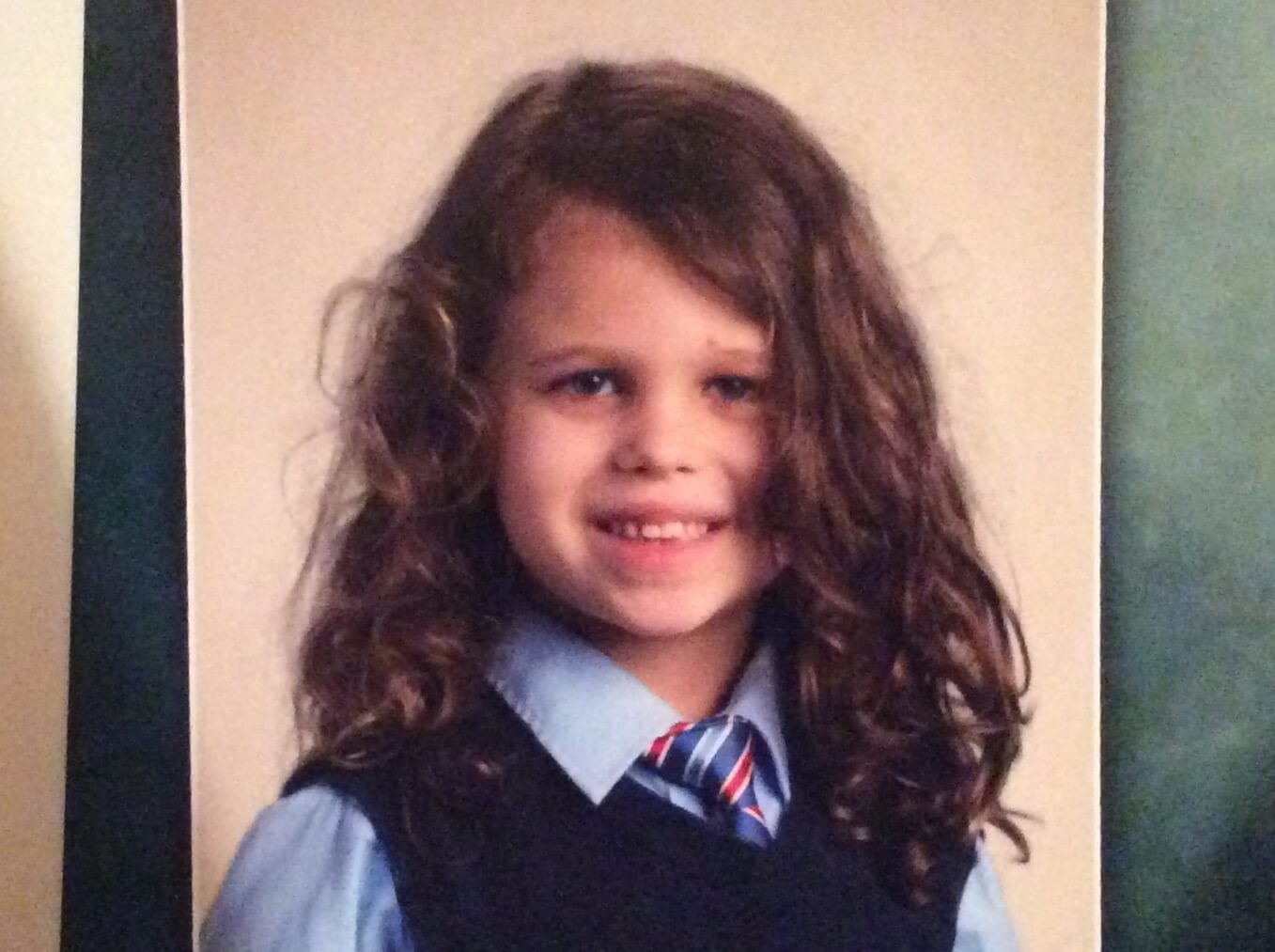 But this man...this man was so rude. He heard me, looked right at Arthur and told HIM, "tell your mom to cut your hair so you'll be a real boy."

A real boy?! Excuse me?! And to address a child directly, to throw some trash like that at a child, was unbelievable. I loudly corrected him, "Excuse you! He IS a real boy, and you are WAY out of line. How dare you? If you have something to say, you say it to ME, coward! Don't you dare talk to my son again."

Someone from the store quickly ushered him to another line and the cashier in our line took great care to compliment Arthur's hair when we reached her. She reaffirmed for him that what that man said was completely out of line. And her speaking led others in the line to speak up as well. Arthur felt a little better, but that night he repeated that foolish man's words and asked if his hair meant he wasn't a real boy. He was just five years old.

That jerk of a man was one of many, both men and women, who have taken it upon themselves to put their gender bias onto my son, but thankfully most people keep it between me and them. And I have no problem pointing out the utter ridiculousness of their bias. 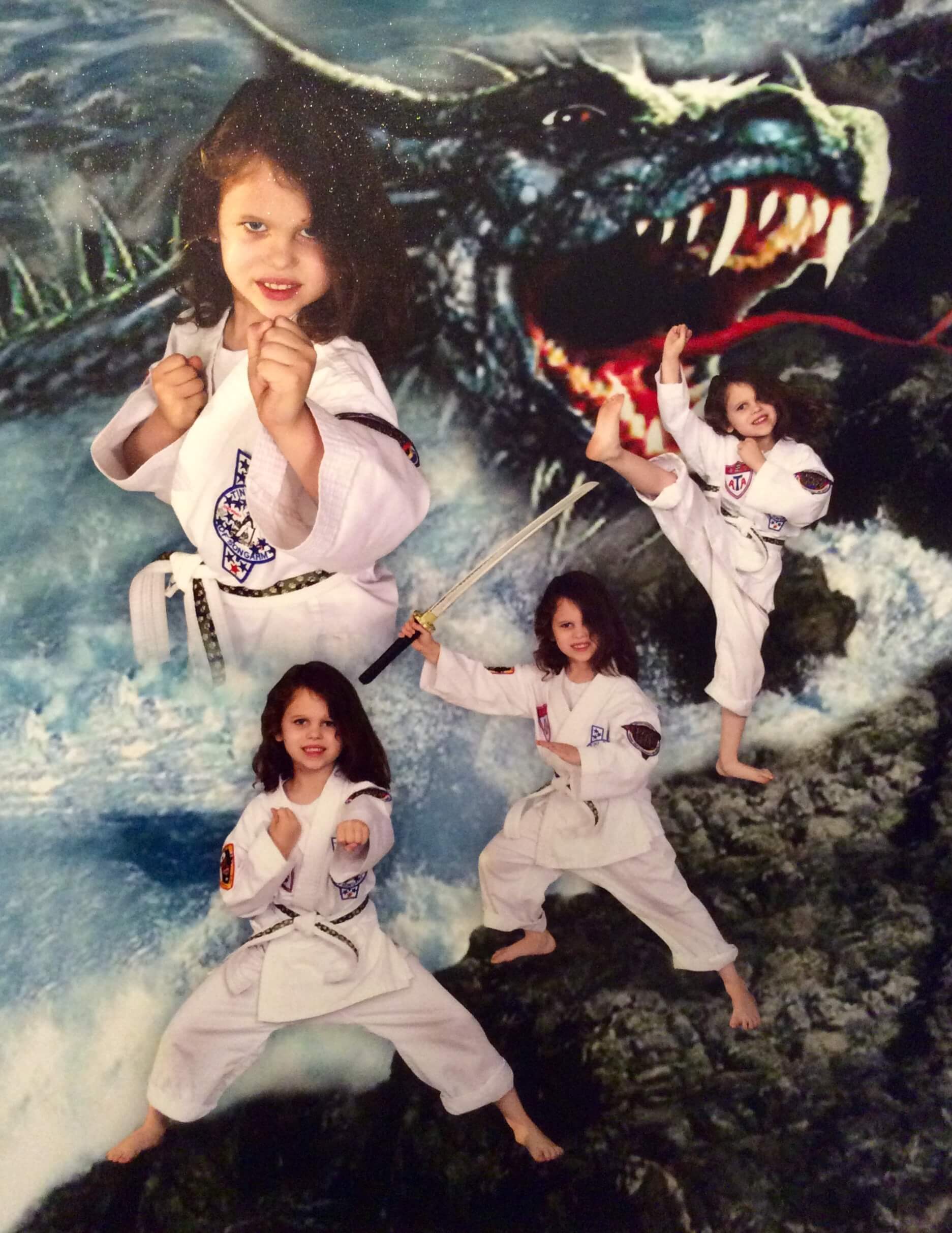 There's one thing that I wish all these biased people could understand—one thing I learned the hard way. See, I'm an open-minded woman. My husband had long hair when I met him (though he ended up having to chop it to get work), I was a crisis counselor for LGBT teens when I was younger, I've attended the religious services of many different faiths - I try to see the world from all perspectives so I can better understand who we all are. But even I had biases when my son was born. I automatically kept his hair short because...that's what people do, right? I dressed him in red, blue, green, and black because that's what people do...at least according to the boy’s section in department stores. But that all changed right before Arthur turned three.

My happy, fearless, chatty kiddo was a little quiet one day, and then quieter the next, and even quieter the next. Doctors said it was just a virus but something didn't feel right. By day four he wouldn't get up off the floor, his eyes had red rings around them, his hands and feet were swollen, his tongue was red, and his lips were peeling.

By the following evening we were in the hospital with a diagnosis of Kawasaki Disease. He was burning up from the inside out - remaining at 105 degrees and over despite constant fever reducing efforts. This kid...he stared death in the face for days. The first two treatment options didn't work, but after a week, the third option worked and he started on the road to recovery. 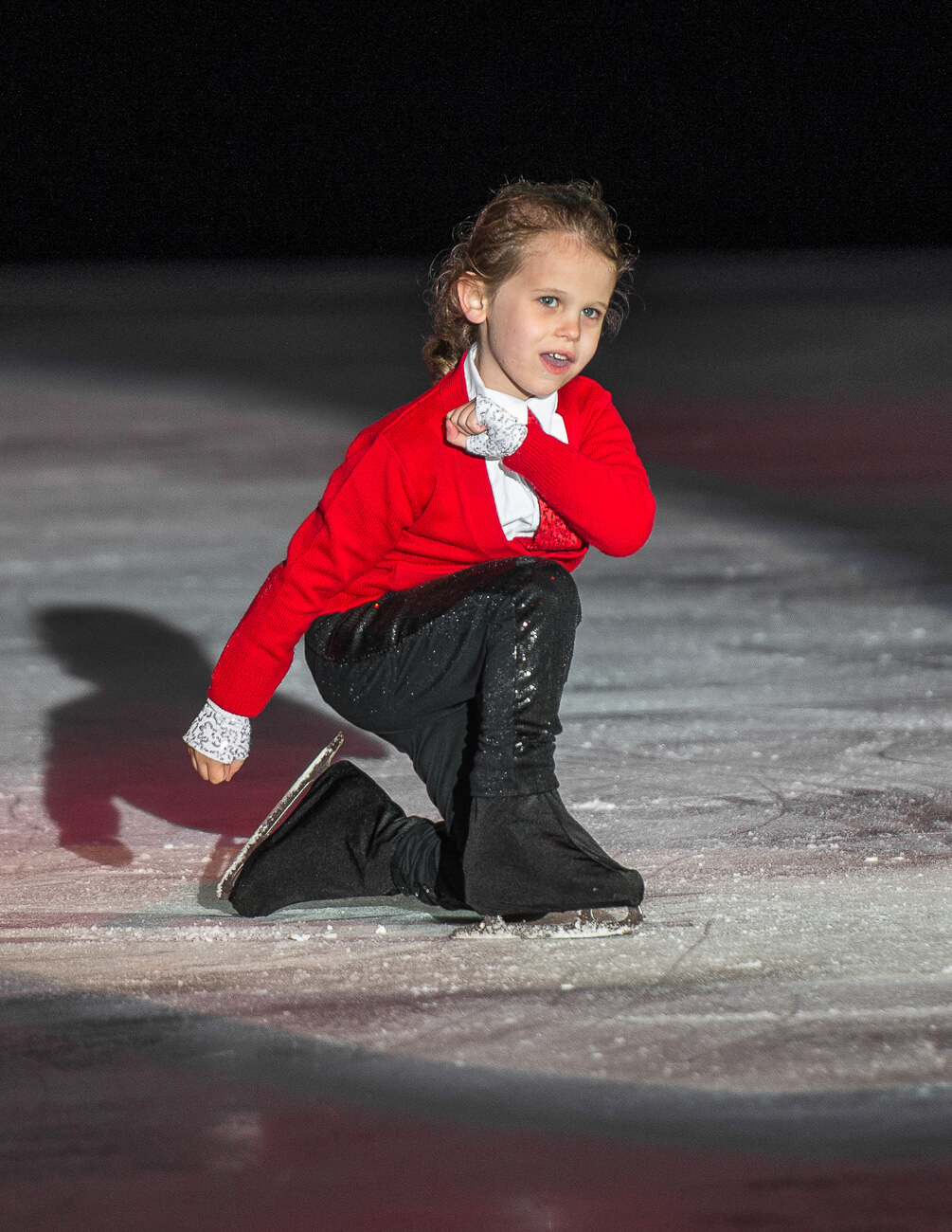 It was when I was lying in the bed beside him, watching him silently fight for his life, as he was surrounded by ice, yet burning at life-threatening temperatures, that I thought, "What the hell am I doing?" Even when he was that little, he knew exactly who he was and what he wanted. I was the one who was holding him back because I was afraid of the teasing he would face. I didn't want him to have to face bullies, to be questioned by adults, to be judged for his choices...

But of course, holding him back also meant restricting his life and keeping him from expressing who he really was. And then he was there, near death, and I hadn't let him be himself. I vowed in that bed that I wouldn't hold him back any more and WOW, what a change! He stormed through physical therapy as his hair grew. He began to do theater and sing! And he is so alive!! He chose to compete in figure skating and Taekwondo, to perform in ballet and theater and to kick booty in hockey, and he couldn't be happier. 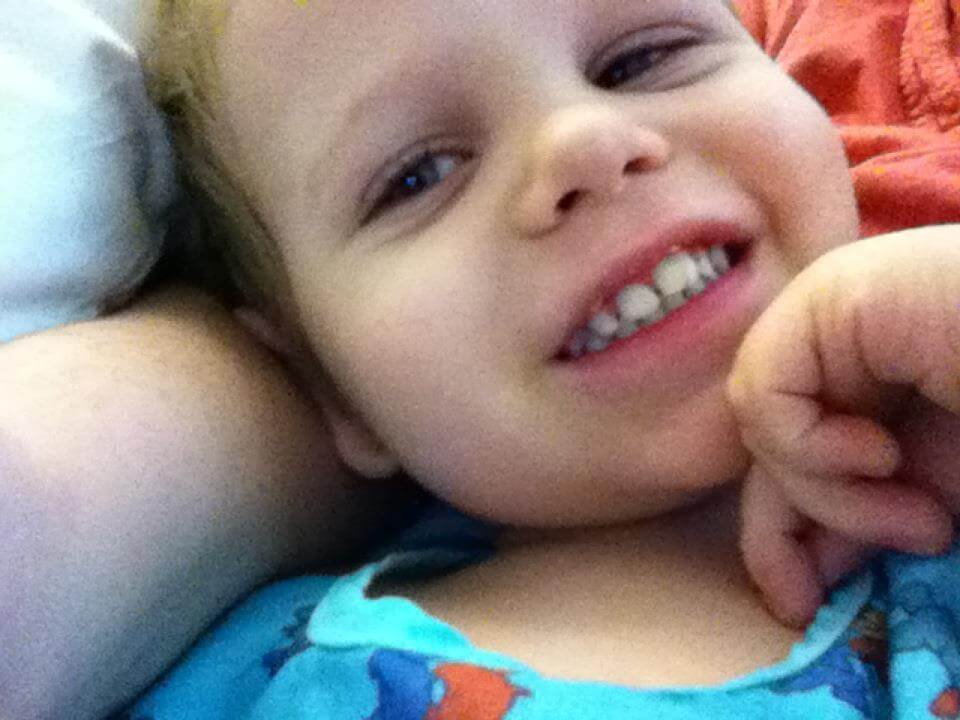 In the interest of keeping him "safe" I'd kept him from all these experiences. And it took him almost dying in my arms to open my eyes to my own bias and fears.

So, how did this all lead me to The Longhairs? Well, Arthur is passionate about his hair and was interested in hearing from men who have long hair. I'd searched YouTube for speakers and found lots of women but very few men. At least very few that I could show my seven year old! But when I found your group, I could tell it was the right one. Just a wee bit salty but overall a great, appropriate channel advocating and educating the longhair public.

He has watched several videos now and he is hooked! He retains every tip and trick, and he talks about you guys now when older kids give him grief. Thank you so much for the work that you are doing - it means a lot to us!!!

Nearly made us choke up there Mae! So glad you found us, because that’s what we're here to do: 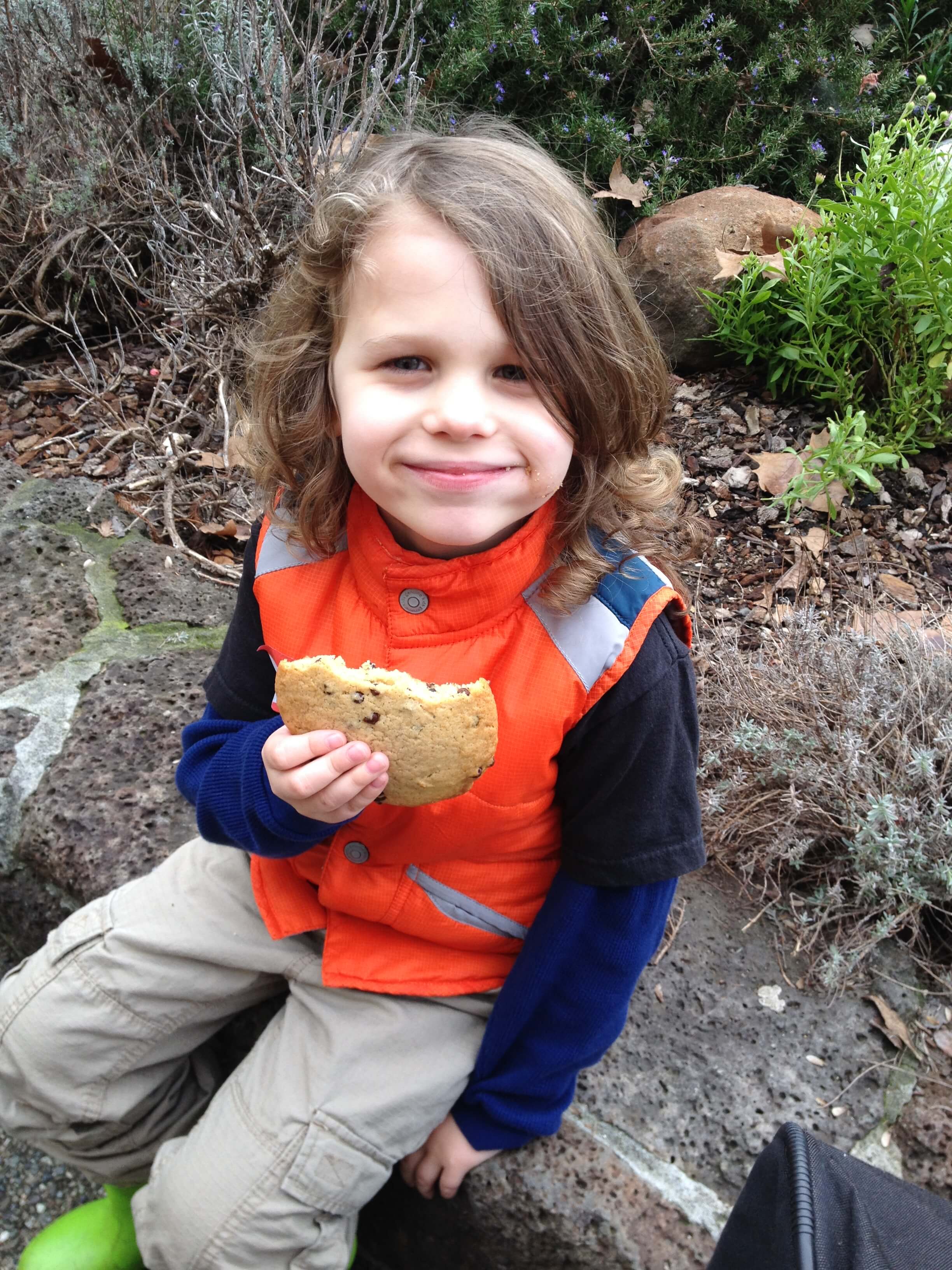 See our full feature on Boys With Long Hair
Go There

To Arthur and All The Boys With Long Hair:

In 2024 The Longhairs will attempt to break the Guinness World Records title for the most hair donated to charity in 24 hours—again.

Do you have a kid, or a story about a kid, with long hair? Thoughts on this matter? Don’t keep it to yourself. Comment below.