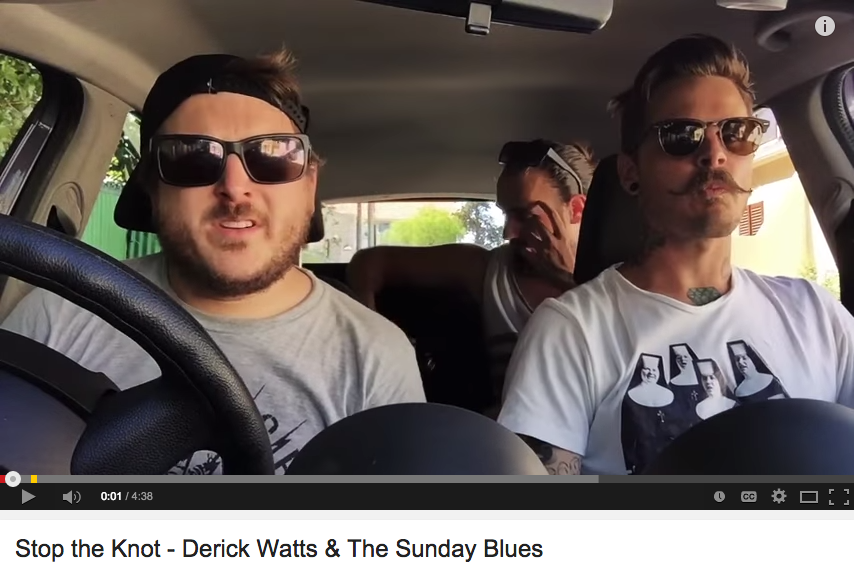 The Longhairs have become aware of a video, “Stop the Knot – Derick Watts & The Sunday Blues,” released on YouTube Feb 18, 2015.

The Longhairs aren’t particularly fond of the ‘top knot’ hair style with shaved sides. If you’re going long, go long all the way bro. Still, a modest head nod for at least growing some of your hair.

We acknowledge the “Stop the Knot” video was created in a prank-style intended to be funny and harmless. However, The Longhairs vehemently denounce the unwilling and unlawful cutting of hair from any man’s head in any form whatsoever.

The Longhairs staunchly support the notion that you should wear your hair however the hell you want to wear your hair, whether that’s long and luscious, conventionally shorter in length, or even the unfortunate combination of both in the bafflingly popularized, ‘top knot.’

Specifically to the longhair in the backseat of this video: you, sir, must understand the nature of your actions. As a bystander and supporter of “Stop the Knot,” you assert that a person’s distaste for your appearance justifies their unlawful cutting of your long hair. That’s a dangerous path to tread, friend. The Longhairs implore you to recognize that your support of this initiative weakens and jeopardizes the fundamental right of men to grow long flowing manes unobstructed and unharassed.

And that is unacceptable.

For these reasons The Longhairs denounce and condemn the “Stop the Knot” campaign, and stand ready to support it’s obliteration.

Support each man’s right to grow his hair to whatever length he chooses by sharing below.

The Longhairs is a global community for men with long hair, whose mission is to support, advocate and celebrate long hair on men. Join our cause by subscribing today. #thelonghairs