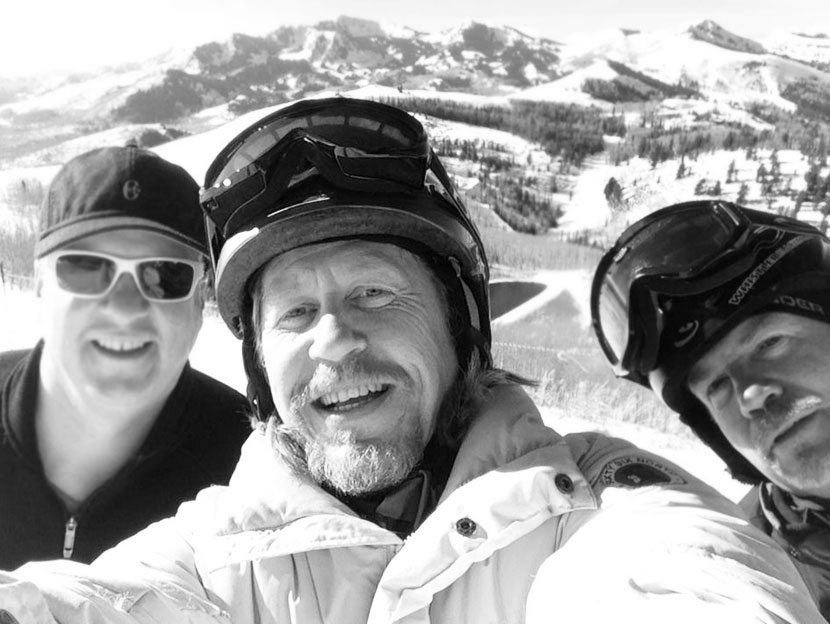 The Longhair Professional Series With GB

It’s no secret long hair on men is considered “unprofessional.” There are plenty of jobs out there where you can’t have long hair. To be a man with long hair is to have limited vocational options.

That’s why we created the Longhair Professional Series. It’s purpose:

To showcase successful men with long hair in their professional fields. Talking long hair and business.

We aim to reinforce the belief for every longhair:

“Yes, I can be a longhair and be a professional/be taken seriously/make a good living. I don’t have to be ‘conventional.’”

For this installment in the Longhair Professional Series we had the great opportunity to interview Gudmundur B. Heidarsson, better known simply as “GB.”

GB is the CEO of eDataSource, an email data company in New York City, leading their sales and marketing, product development, engineering, and operations planning. He’s been in executive management and digital marketing with top brands for over 15 years.

We did a video chat with GB from a chilly, but sunny, 68° San Diego morning while the storm of the year was pounding GB’s home in New York with snow and subfreezing temperatures. We reminded GB we were forced to wear close-toed shoes and long-sleeve shirts that day.

“Yes, I can be a longhair and be a professional. I don’t have to be ‘conventional.’”

We had a blast. GB was laid back with his hair down, fun-spirited and keen for a chat in his nordic accent. Just three longhairs talking shop, here’s how it went down.

GB is a nordic native and present-day viking, where long hair is more common and acceptable than here in the states. He’s been in the US over ten years, living first in Oklahoma before moving to New York City.

Asking how long he’s had long hair, GB told us “it’s always been a thing for me,” having had long hair most of his life. When it gets really long he donates 8 inches or more to the Pantene Beautiful Lengths program, helping provide real-hair wigs to women fighting cancer.

“I grow it out long, eventually cut it and donate to charity. I get a note from the recipient each time thanking me and telling me how much they appreciate it, and that’s a very nice feeling to help someone.”

Of course we wanted to ask GB what it was like working his way up the corporate ladder as a man with long hair. He explained it’s never really been a big deal. He’s had long hair most of his professional life, and while it might garner the occasional sideways glance, most people just accept it. That said, he does tie it up during meetings, so as not to be distracting.

Asked if his long hair has created problems or affected his professional opportunities, GB’s feeling was, “if people care little enough to judge me by the way I wear my hair, maybe we don’t need to be associated or be doing business together.”

When first interviewing with his company he explained that he considered cutting it for the interview, but when it came down to it, in his own words, he just decided to “let it ride.” It must not have been too big a deal, because now he’s the CEO.

GB did say that when long hair comes up in business conversations, it’s never a bad thing to mention he donates to charity. “Saying I donate it also gives me a little more credit in the business world as to why I’m growing it out, makes it a little more acceptable.”

One thing he’s certain about, no one mistakes his identity. “People definitely recognize me, they know immediately who I am.”

GB is into sports and the outdoors, in particular skiing, running marathons and riding his motorcycle. We talked about skiing different resorts around the country and even made the pitch to bring him out to San Diego and learn how to surf, although he was unsure how his wife would feel about him taking up another sport.

Asking about sports and long hair, GB brought up the point about riding, that he loves pulling up on his motorcycle, taking his helmet off and looking like a badass with all his hair streaming out. We could relate, pointing out it’s much the same with skiing, inspiring the Longhairs post, “11 Places Long Hair Gets You Street Cred.”

And while he doesn’t often see other longhairs running marathons, it’s always easy for his wife and friends to find him in the pack.

Hair care has never been a big concern for GB. He does the basics like brushing and tying it up, and as far as cleaning products he just grabs the first thing he sees on the shelf and that’s it. He has, however, experienced his share of long hair problems:
Moral of the story? Even CEO’s have #LongHairProblems.

We had a great time rapping with GB, we’ll stay in touch and reconnect with him down the road. Until then, just know there’s a badass longhair CEO for a high-tech email data company out there riding his motorcycle like SOA and whipping by on his skis with a long flowing mane trailing behind him.

Do you know a longhair we should feature in the Longhair Professional Series? Email us at greathair[email protected].