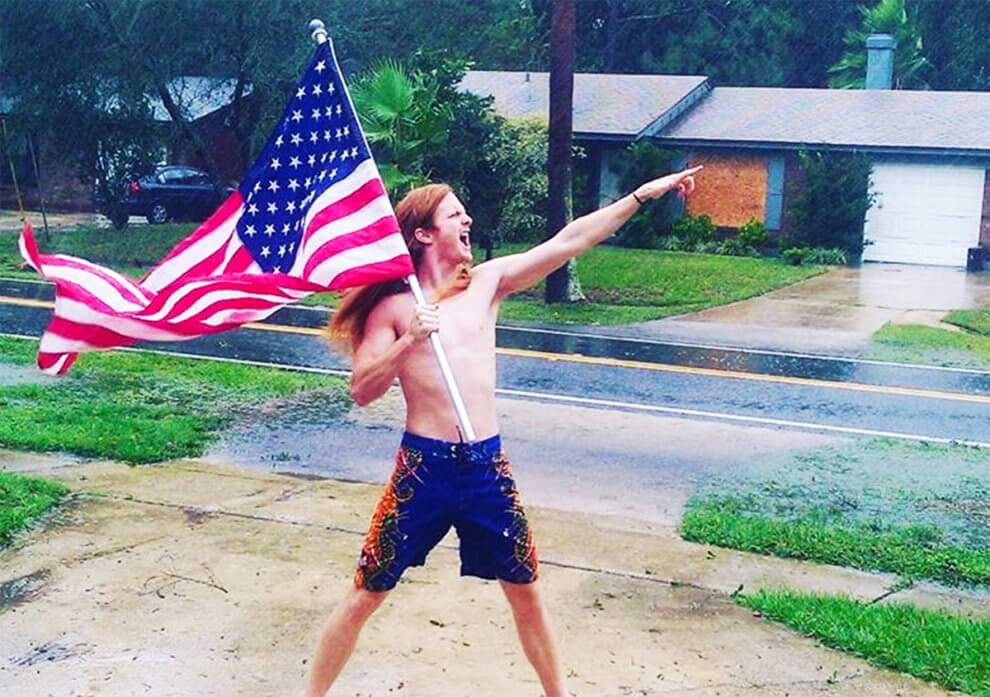 A Righteous Interview with Lane Pittman

If you don’t recognize the name Lane Pittman, it’s time to familiarize yourself. He’s the longhaired ginger who’s made such national headlines as:

Jacksonville Man Shreds National Anthem so Hard, Cops are Forced to Arrest Him,

You will likely recall his viral internet sensation (which about 100 people sent to us and we re-shared on Facebook) where he defiantly hairwhips in the face of Hurricane Matthew, shirtless, blasting Slayer with the American Flag in hand in the driving rain.

You may have also heard about Lane being arrested for ripping the National Anthem so hard on the 4th of July he was arrested by local police, only to reject a plea bargain en route to charges being dropped completely.

Beyond the headlines, Lane is a longhair at heart, devoted to faith and character, with a voracious enthusiasm for life and emitting a volume and intensity of energy capable of withstanding catastrophic weather events and local law enforcement agencies.

We had the good fortune of interviewing him on the Longhairs Professional Series.

Listen in as we rap with VIP hair whipping sensation Lane Pittman, where you’ll hear about his accounts with mother nature, the Neptune Beach police force, Dave Grol and getting turnt up with the Jacksonville Jaguars hype posse.

This is one podcast you don’t want to miss. So listen up.