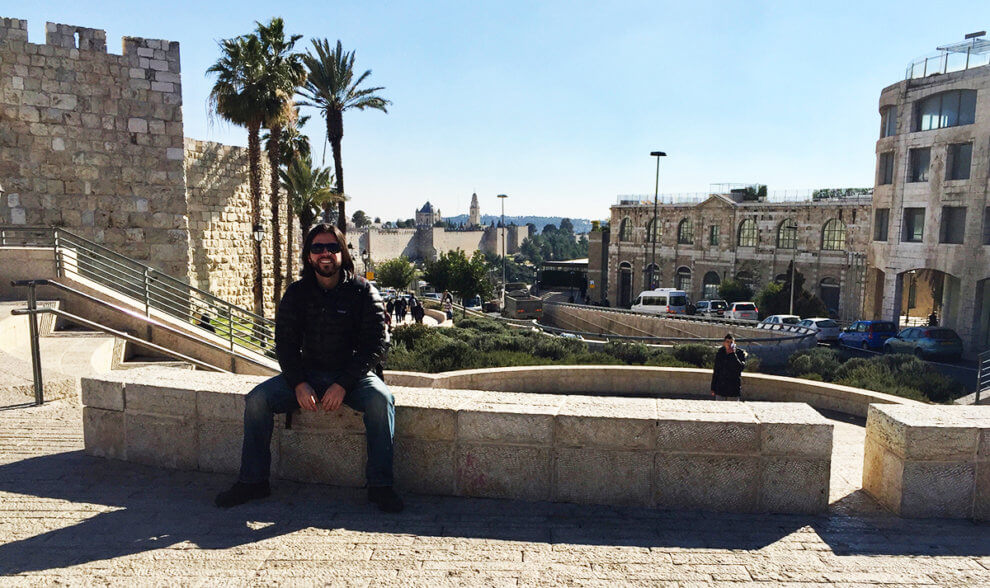 Yo Longhairs! The best part of this community is hearing stories like these.

We’re compelled to share this story of a longhair connection, 30,000 ft. above Europe, over whisky, rock & roll and men’s hair ties, as told by El Mysterioso. If that is his real name.

Wanted to share a quick story about my experience meeting another longhair on a plane from Frankfurt to Turin, Italy; and how a single hair tie for guys sealed our friendship.

It was late December and I had just gotten off a 9.5 hour flight from Seattle to Frankfurt, exhausted. I still had another quick 45 minute flight to Turin where I was visiting a special lady friend.

I finally go through security for my second flight, however they make all the passengers get on a mini-bus to go out to the tarmac to get on our plane. As I get on the bus, I see a dude with long hair, ripped up jeans, a patched up leather jacket, and an attitude that says “I’m cool as fuck and I know it.”

As fate would have it, I get on the little plane and end up sitting right next to the guy. His name is Enrico. He’s sitting down looking out the window chillen, however since we were the only two guys on the plane with manes going down to our shoulders, I complimented him with a “nice hair dude.”

He looked back at me grinning and goes (in broken English with a strong Italian accent) “thanks man, I fuckin’ love rock n roll.”

We both laughed out loud.

We start talking as the plane takes off and it turns out we have a ton in common. I’m from Seattle, and he was actually just in Seattle seeing his girlfriend. He’s from Turin, and I’m going to Turin to visit a girl. We also share a taste for Pantera, Gibson Les Pauls, cheap beer, traveling, and having long hair.

Here’s where things got funny. The flight attendants ACTUALLY SERVED whiskey and cokes on the plane. It’s like 11am but we started drinkin’. Here we are on a plane full of nice, respectable people, and the two long-haired fucks in the back are pounding whiskey, laughing out loud, and listening to pantera on an iphone. We got a few nasty looks, but the flight attendants were cool and that’s all that mattered. 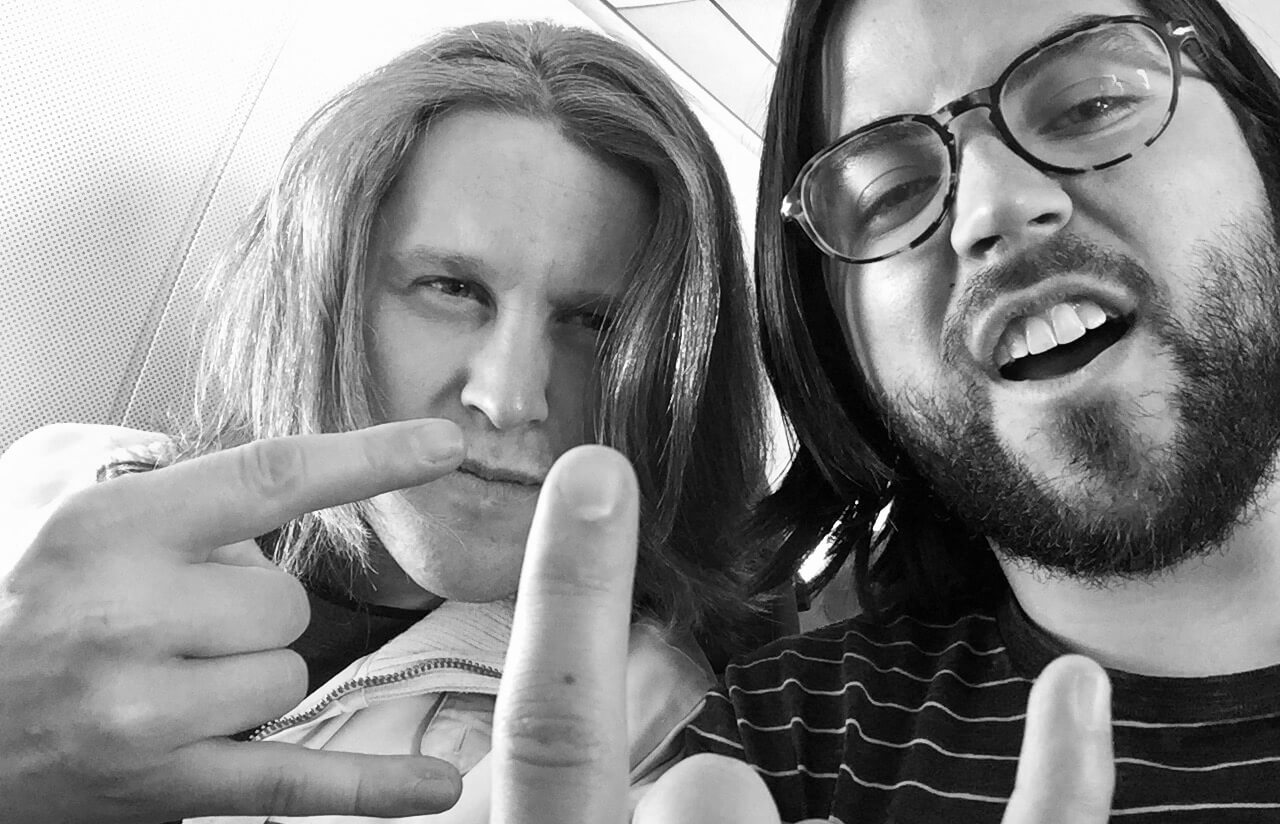 Enrico turns out to be a professional musician, and a straight forward rock n roll type of dude. As the plane began to descend, I thought about how cool it’d be to give him my blue and yellow shocker hair tie (in my opinion the coolest design) as a gift.

We land, somehow get off the plane, and I pull him aside before saying goodbye and say “hey dude, I have something for you.”

I go through all my stuff and find my hair tie and tell him “it’s a hair tie, for guys, and it’s badass, and will keep your hair back when you’re shredding….and it’s got lightning bolts on it.”

It might have been partly the whiskey, or it could just be that shocker hair ties are epic AF, but Enrico got emotional when he saw it. Italians…very emotional people.

He told me it was the coolest gift he’s gotten in years, and that he’d never lose it. He even put it on and rocked the shit out of it as we left the airport.

We exchanged numbers and said our goodbyes, but a bond was formed.

We keep in touch and are going to hang when he’s in Seattle again in February. Also, I now have an open invitation and a free place to crash in Italy.

The point of this story is that before The Longhairs, we were isolated from society. We were considered loners, slackers, hippies, etc. Now, we can band together and rock our epic flows in unity.

What makes this story special to me is the act of giving Enrico my shocker hair tie made a meaningful connection—much like this great community we’re all a part of.

Thanks for everything guys. I’m proud to be here.

Had any interesting longhair connections out there on the mean streets? Tell us in the comments. 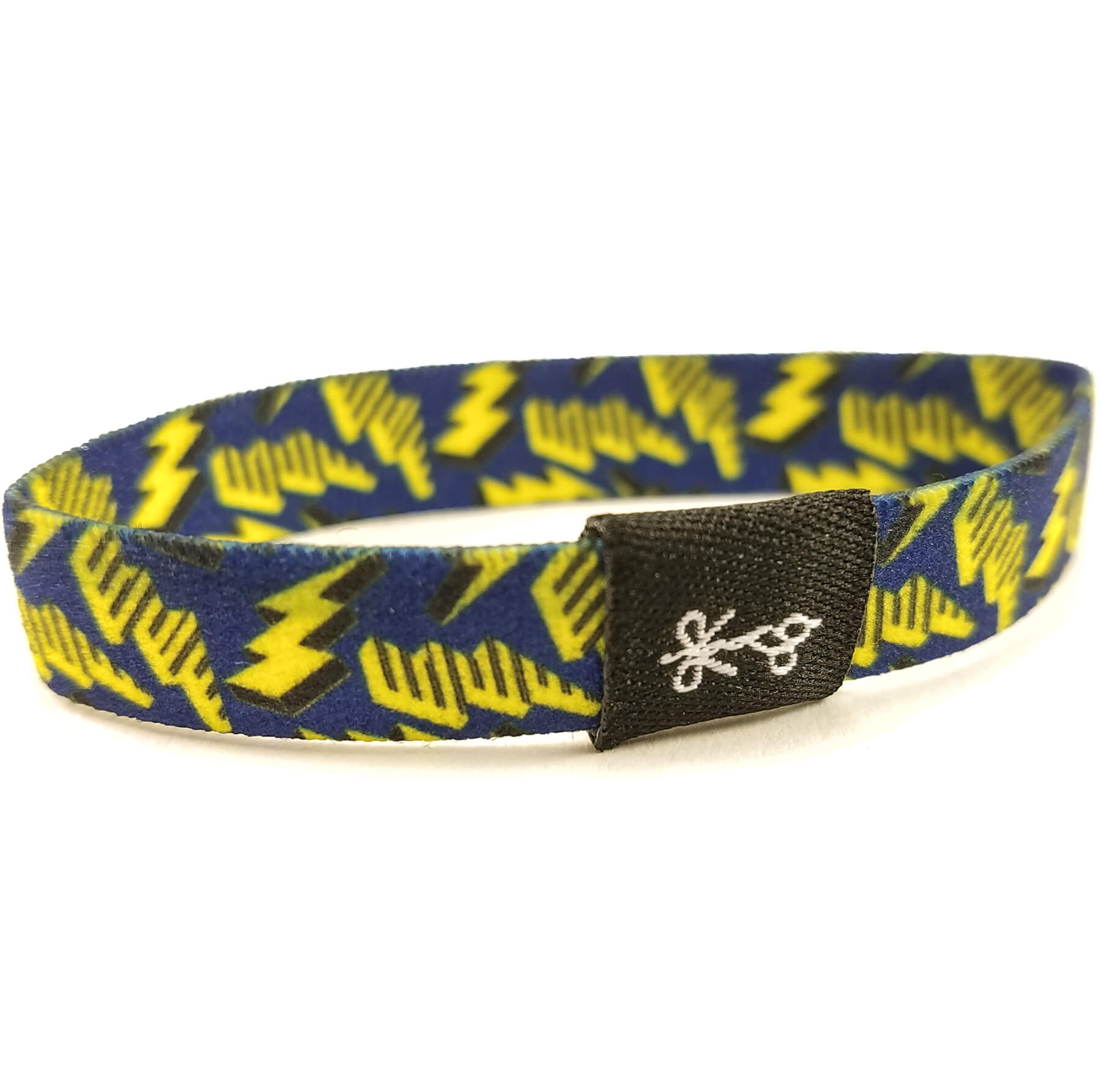 Capable of transmitting high voltage electrical currents up to 765 kilovolts, breached high tension wires should not be approached under any circumstances. Use extreme caution.