Whatever was to come of my 2-year hair update, I certainly wasn’t expecting this.

Backing up for a moment, I cut and donated 16 inches at The Great Cut in 2019. A couple months later I got a tidy-up trim, but from that time I didn’t make it back into the salon for TWO YEARS! (I usually go every 6-8 months, but COVIDDDD 😭).

Back in my 1-year hair update I took an official unofficial measurement, where I was pleased to report hair growth exceeding six inches, along with noting some moderate hair damage and split ends.

Undeterred, I announced at my 15-month hair update I would begin growing out my neck hair—diverging from my historical philosophy on neck hair.

Soon after that I started to notice perfectly round patches of hair that were no longer growing on my face. After submitting photos and describing my symptoms, a dermatologist confirmed I had likely developed alopecia barbae. The symptoms have since persisted.

Still, by all accounts the mane appeared to be thriving, even without a visit to the salon. That was until my recent hair appointment…

Revealed In My 2-Year Hair Update

Unexpected? Concerning? Mildly alarming? All of the above.

In the application of a keratin treatment, Shayna at House of Imago discovered another perfectly round patch where the hair isn’t growing—only this time on the back of my skull. 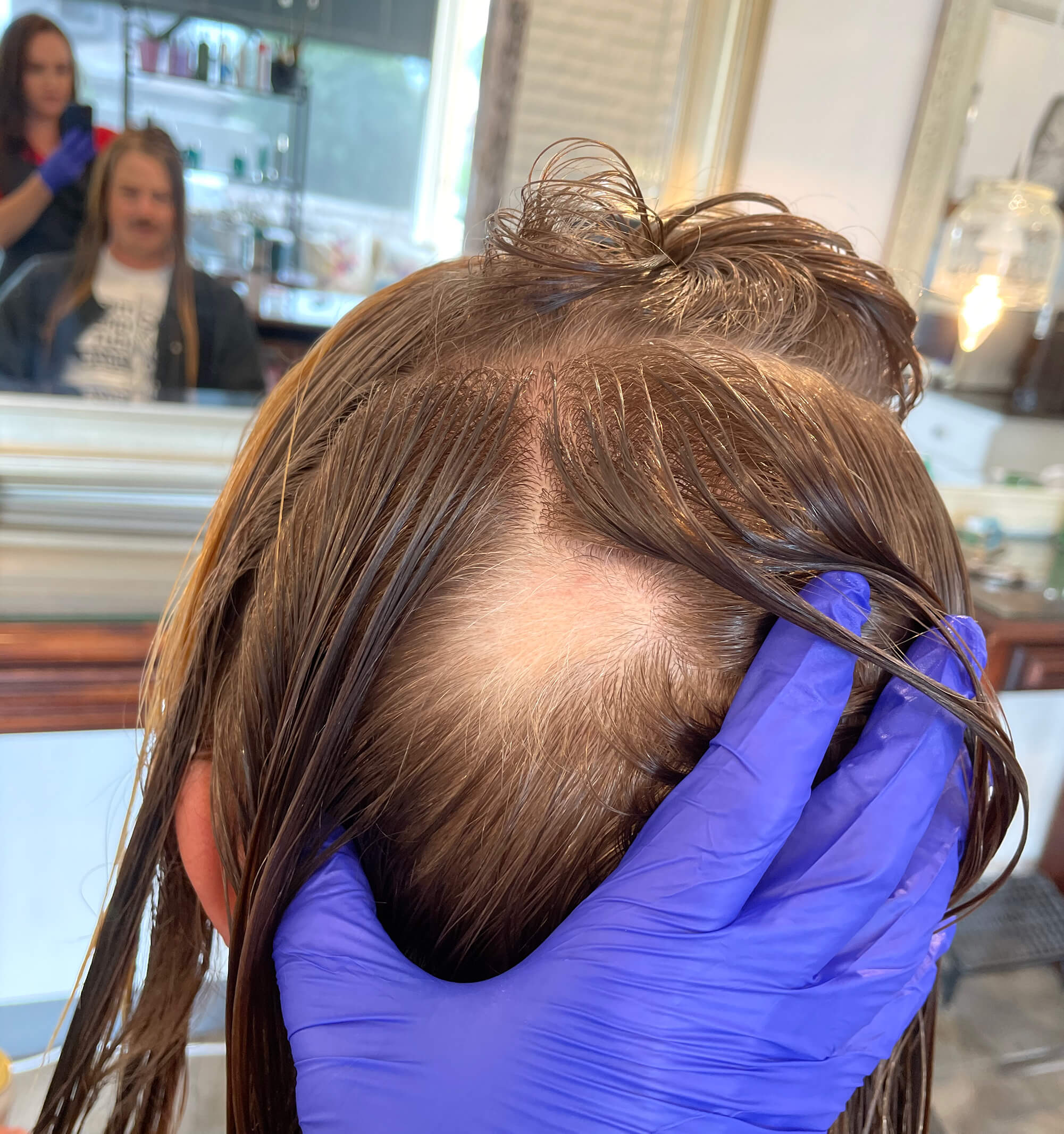 What the hell is going on here?? To be honest I’m not sure. It definitely looks like another patch of alopecia, but on close examination it appears the hair is growing back, and there don’t seem to be other patches developing. That’s comforting, considering there were multiple patches when they started appearing in my facial hair.

Something is going on, so the next step is a trip to the dermatologist. Depending on how that goes, there are treatment options for alopecia, including steroid injections in the scalp to stimulate hair growth.

That will be covered further in an upcoming guest post from Steven Jimenez, aka El Pelo Suelto, who started losing hair rapidly to alopecia before cutting and donating his hair to Children With Hair Loss. We’ll see if it comes to that for me. 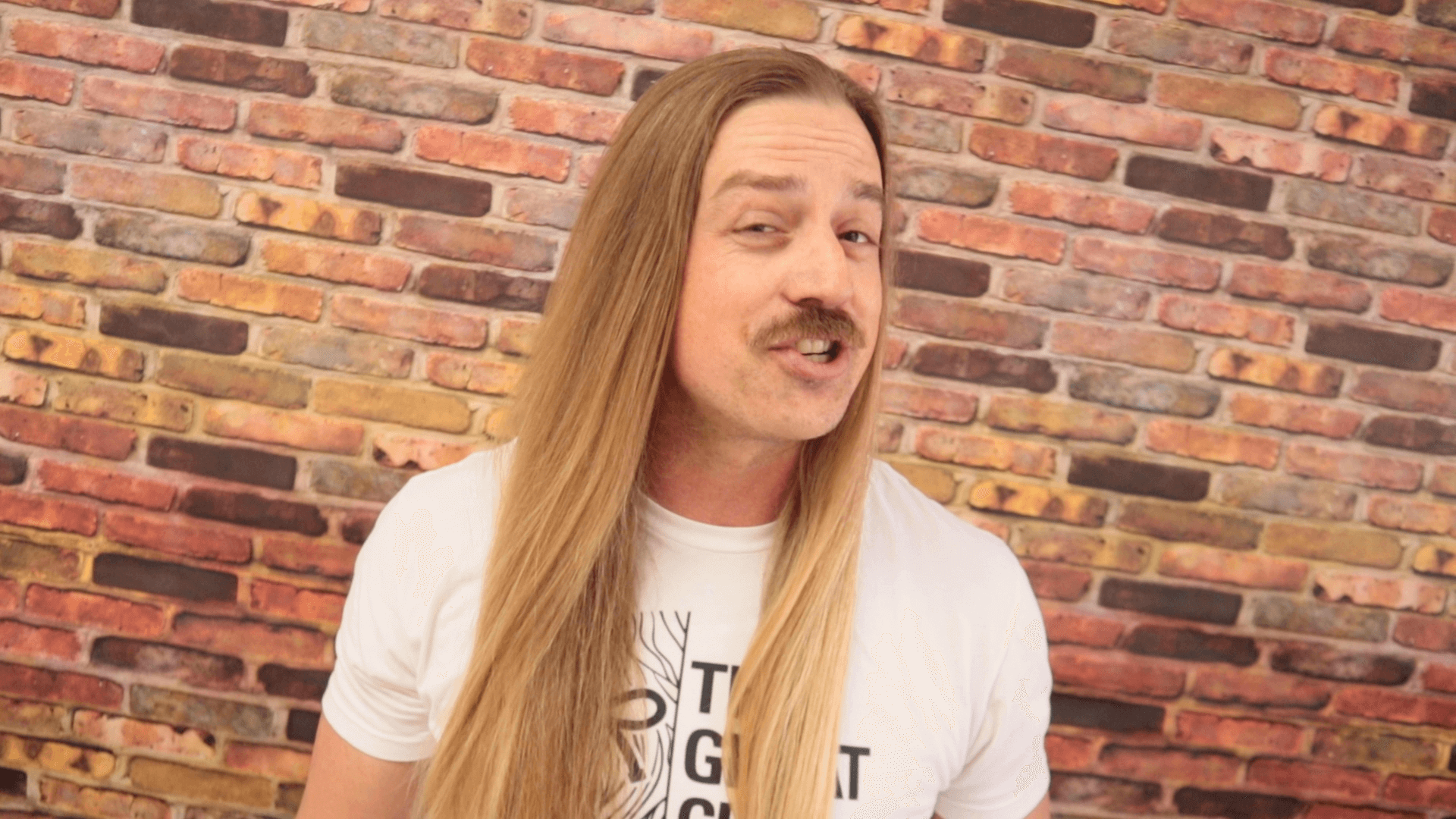 In the meantime, I’ve taken a firm and intentional mindset not to worry about it. While the ultimate causes of alopecia are uncertain, it’s believed that stress and anxiety are linked. Ergo, the worst thing you can do about hair loss is worry about it.

Easier said than done, and we do hear a lot of questions and concerns about losing hair. I get it. I definitely don’t want to lose my hair—I’m the CEO and Chief Manetenance Officer of The Longhairs for Pete’s sake!

Even so. If it is to be, it is to be. With all the blessings we have to be grateful for, we must be prepared to face the unfortunate circumstances we’re inevitably dealt, whatever they may be, with confidence and grace and resilience. For I am not my hair; I am a powerful force of positive energy and light. That I’ll continue to be, with or without the lustrous locks.

After a clarifying shampoo, a keratin treatment and a light trim, my locks are coming in like a proverbial river of gold. For the first time since The Great Cut (when my hair was down to my belt), my hair is certifiably “pretty damn long,” even for a longhair. Despite the possible developing alopecia situation, the gains are clear in my 2-year hair update, and I see nothing but long, healthy flow in the long-range forecast.

To what end, you might wonder? If you somehow haven’t heard, we are attempting another world record charity hair-cutting event at The Great Cut 2024, where I have committed to donating all my hair—down to the skull—whatever I have when the time comes.

I hope you’ll be there, and until then I hope you’re letting it ride.

Special thanks to Shayna at House of Imago, longtime hair professional for The Longhairs and volunteer hair cutter and planner for The Great Cut.