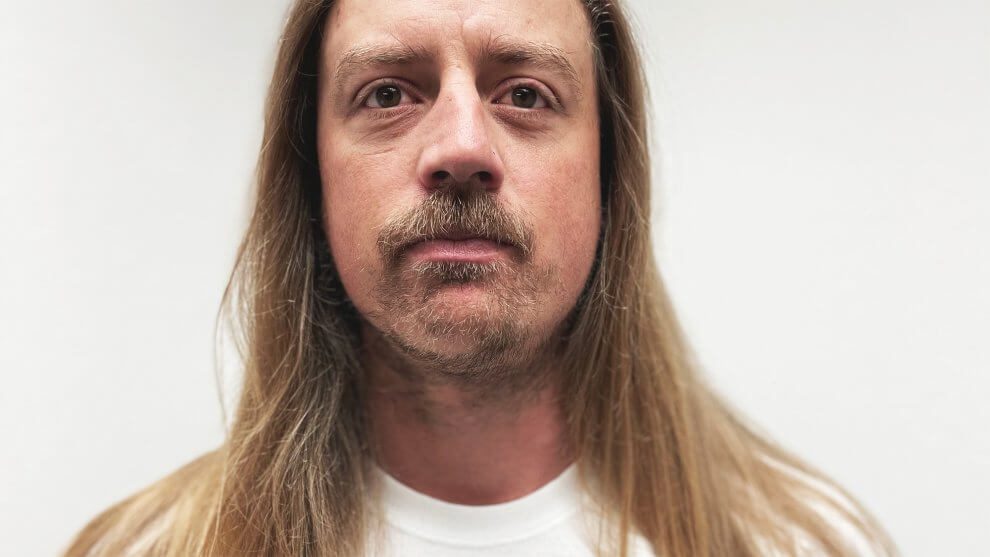 I used to wear a goatee, but for the last year it’s just been the mustache, so I didn’t notice anything at first. However, when I wouldn’t shave for a few days, I started to see little round patches where no hair was growing. I didn’t realize it at the time, but I had developed a condition called alopecia barbae.

I’ve never been a guy who can grow a full beard, but my facial hair has always grown evenly around my neck and jawline. Why were these bald patches appearing suddenly? And why were they perfectly round?

I would simply shave the problem away, but after a few shave cycles it seemed like more of these patches were appearing, then as time passed some appeared to be merging into larger, oval-shaped patches. Finally recognizing something was going on, I looked into it.

Paraphrasing from a useful article on Healthline:

Alopecia barbae is a specific form of alopecia areata that affects the beard. Usually, it comes on suddenly and you begin losing beard hair in small circular patches, often along the jawline, though you may lose all of your beard hair. The hair loss can be isolated to your beard, or it can occur in other places, such as your scalp or face.

Bald patches occur in small circular patches about the size of a quarter. As more hair is lost, these circles will sometimes begin to overlap. Hair around the edges of these patches may also be white. Usually, the visible skin is smooth, though it can be rough.

After reading this I felt pretty certain I was dealing with alopecia barbae, but I figured I should get a medical opinion.

After doing an e-visit with Kaiser, where I submitted photographs and described my symptoms, the dermatologist confirmed I had likely developed alopecia areata.

With an approach to understanding, and being thoughtful of the real challenges faced by adults and children with more severe forms of alopecia—including the children who receive hair replacements from our charity partners at Children With Hair Loss—El Rubio reflects on his experience with alopecia barbae.

The Next World Record Attempt

A CHARITY HAIR-CUTTING EVENT
In 2019 we broke the Guinness World Records title for the most hair donated to charity in 24 hours. We challenge you to break a new world record with us in 2024.

We're proud to offer these “Growing My Hair to Donate” t-shirts as a statement of purpose, commitment and encouragement for The Great Cut 2024.

We’ve selected two concepts, one implementing a “hair/flow” theme and the other using a “campaign” theme. Each is available in men’s, women's and children’s sizes, in a variety of attractive colors.

On the back of each t-shirt is a growth measuring tool. Horizontal lines spaced one inch apart graphically illustrate progress toward your donation goal.

Show the world you are growing your hair to donate at The Great Cut 2024!

Demonstrate your commitment to The Great Cut 2024 with a bold statement of purpose, alongside the bound shears underlaid with a flow pattern for the hair we are growing to donate.

Make a statement that couldn’t be any less political with a campaign we can all agree on: growing our hair to donate at The Great Cut 2024.

I’d love to hear about your experience with alopecia in the comments.