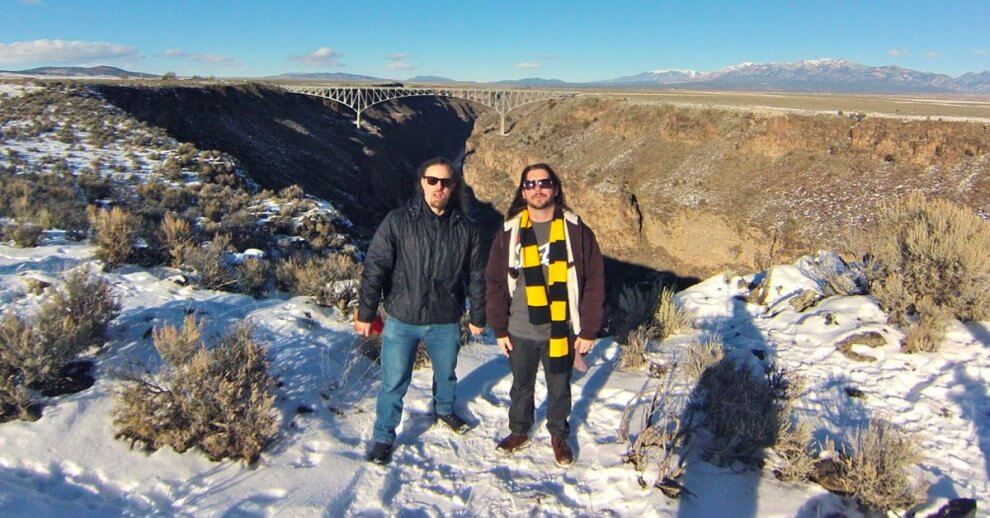 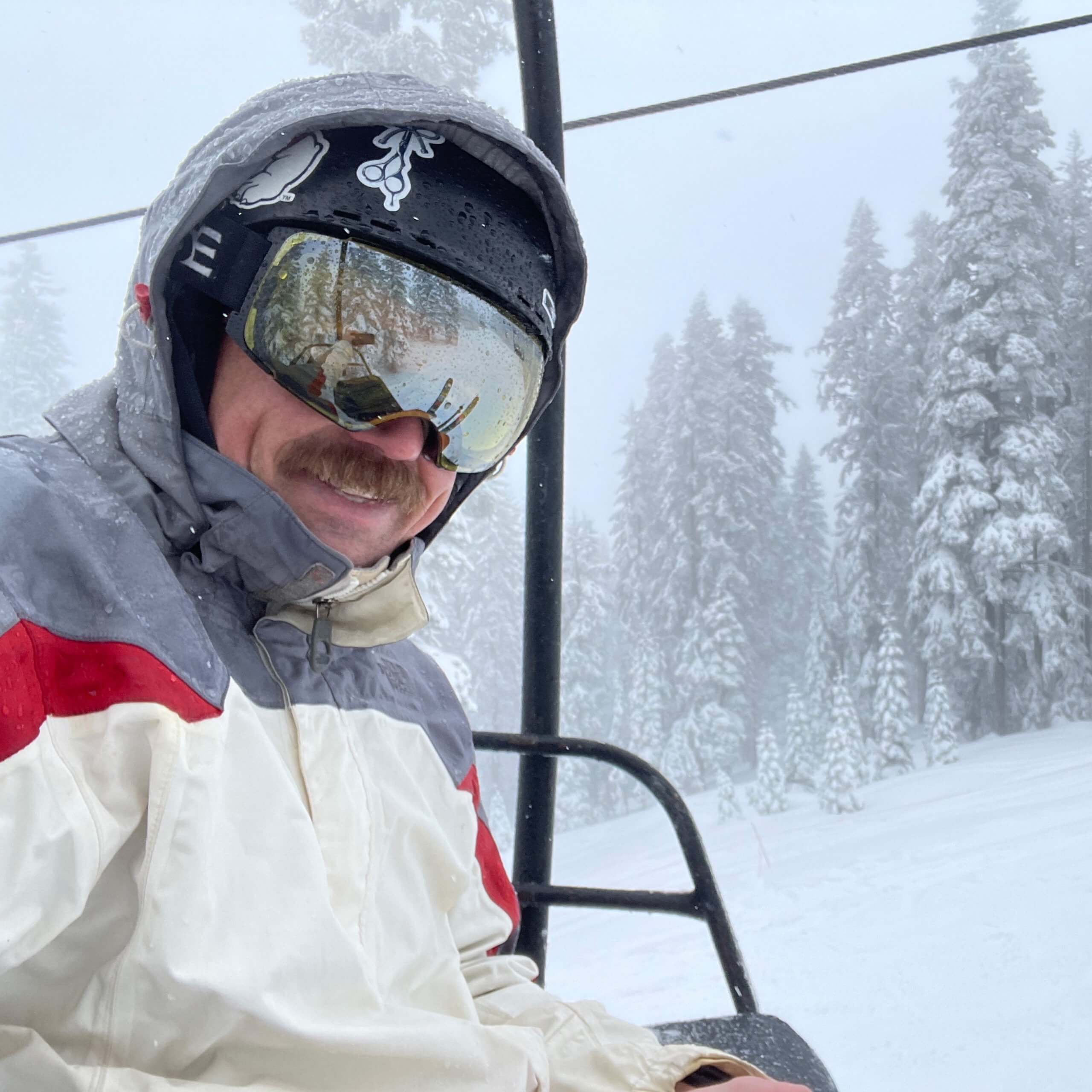 Perhaps our worst least popular ever, there’s a better story behind this post. We’ll keep it short but worth reading.

This is blog post #6. We published three posts when we launched in 2014, with two more in the chamber. Those dried up fast, but we’d made a promise to each other to publish a blog post every week forever.

Thus we arrived at our annual New Year’s snow celebration in New Mexico with our 12 dearest friends, a full, action-packed itinerary and no blog post in the queue. We had to come up with something.

To capture in few words, it came down to filming a bunch of clips with no plan, piecing together some semblance of a story that vaguely relates to long hair, editing and publishing from a restaurant on public wifi with our full squad literally breathing down our necks asking if we’re done yet and if we can leave right now.

That was the first time the heat was really on us to get the blog post done. In the subsequent 407 weeks there have been many, many, many more times we have felt that same intense, searing heat; but the blog post has always been accounted for.

That week at the turn of the year from 2014 to 2015, we got the first taste of what it would take to produce the content. Since then we’ve worked on a solar system of other projects and initiatives for our business, and yet the content demands our focused attention in perpetuity.

While it can be a grind and a slog and a heavy burden…it’s a divine blessing. Of course it is the foundation for The Longhairs community, but it forces us to put forth our creative powers and abilities every single week, and to encourage others to do it with us, and make dope content together, and harness the creativity of enthusiastic spirits who all have a little something in common.

We’ve expressed our belief that exercising and training and improving on our own unique creative abilities is one of the keys to every man and woman’s happiness. Be it forced of our own volition, the work gets done, and with it comes joy and fulfillment.

The blog, the original content, is what makes us who we are, who nobody else can be. While this video is rough, not super coherent, still finding a voice, lacking polish and non-compelling, we got the blog post done, and we learned from it, and we kept publishing, and we got better.

Hours before this post was published, on a frigid New Year’s Eve morning in Taos, New Mexico, El Moreno proposed to his wife on a snow-covered bridge in a silent, glistening forest. La Rubia has been one of the biggest supporters of The Longhairs since day one. 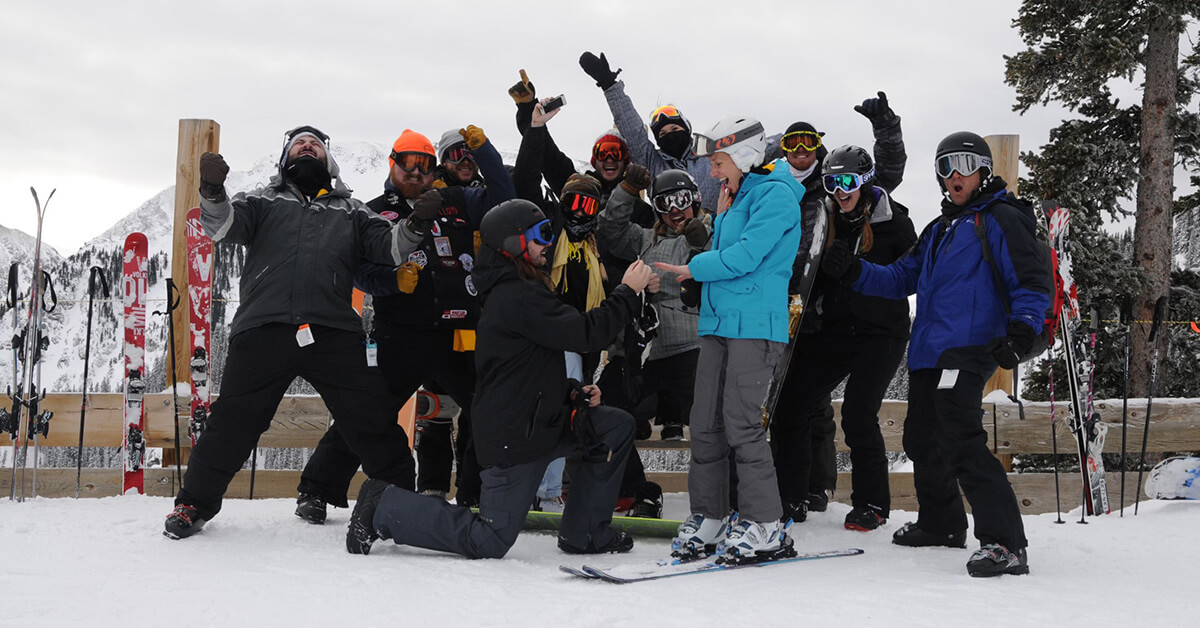 Photo reenacted for dramatic purposes.
That tells the story. You’ll forgive us for the crude early blog post, and stick with us for the years of original content to come.
-El Rubio from EXP 19 in Mammoth Lakes, California.

For 12 years The Longhairs have embarked on an annual New Year’s adventure and celebration at mountain locations across the western United States. Celebrating long hair and the New Year, we call this trip The Experience, or EXP.

On this 12th consecutive year we write you from our mountain lodge in Taos Ski Valley, New Mexico, at 9,500 feet, 9 degrees, in a snowstorm. With good friends and fellowship we reflect on the year behind us and look forward to 2015: the year of The Longhairs.

Here’s a little slice of life from EXP 12.

What are your creative powers? Please share in the comments.