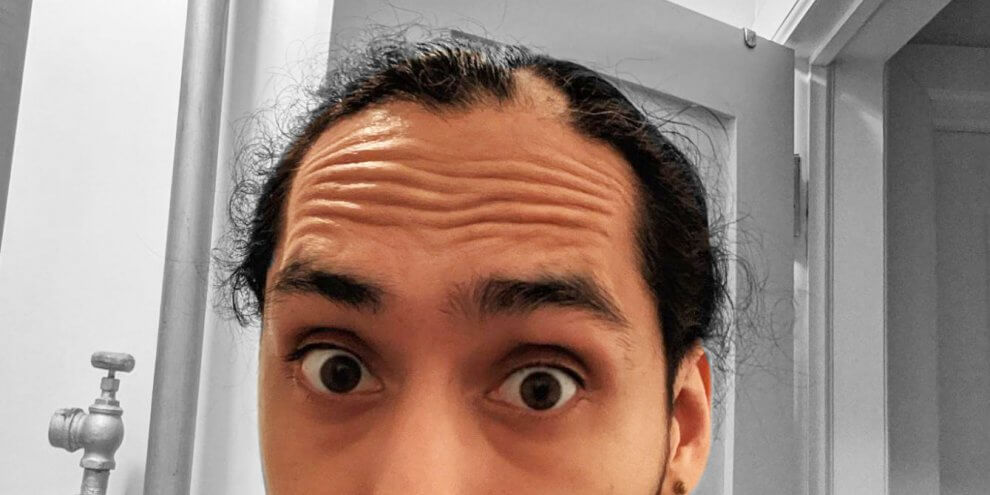 Considering my father started experiencing male pattern baldness by age 30, I figured eventually I would start losing my hair. However, I didn’t imagine it would be hair loss from alopecia.

As I stared into the mirror I noticed a small patch of hair loss. In denial, I figured it wouldn’t get any larger and everything would be ok. As days went by, the patch got larger. Luckily, it was just one patch. I didn’t know what was happening. Was I balding? Was my hair thinning?

I didn’t know where to turn, and I was unprepared for what was about to happen. 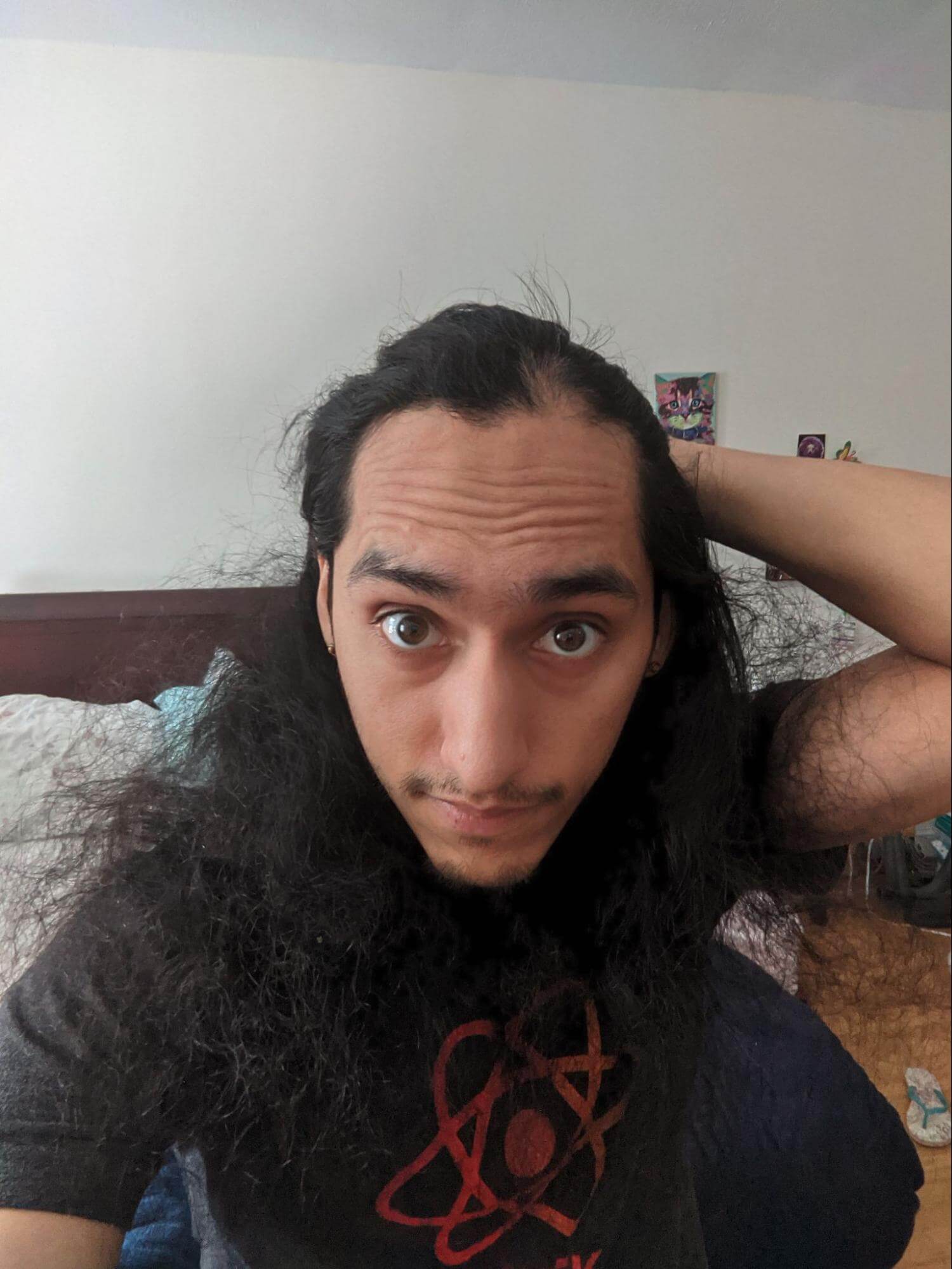 My name is Steven Jimenez, and I started growing out my hair in 2014. At the time my job didn’t care how messy my hair got. I had also moved out of my parent’s home, so I didn’t have to deal with my family’s disapproval.

Growing long hair has been a beautiful and challenging experience. Through this, I learned a lot about myself and even felt closer to my roots.

Initially, I experienced difficulty in finding content for guys growing their hair. After finding The Longhairs and joining the community, I was compelled to document my “Road To Long Hair”.

Soon I wanted to share more and highlight unique experiences from other longhairs. With encouragement from El Rubio and El Moreno, I established “Beyond The Locks” on The Longhairs blog, a series featuring men from different cultural backgrounds and perspectives.

You can read about Alejandro Carillo and his connection to the universe, how Sergio Valencia’s long hair made him a target for military soldiers, and how a barbershop gone missing led Maurice Cherry to grow his hair out. 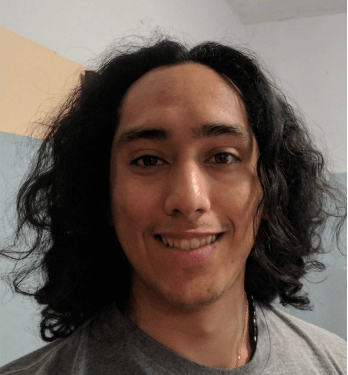 Back to present day, I started to feel insecure about this patch of hair loss. It started from the top of my hairline in the shape of a circle. Wearing a hat could easily cover the patch, but I enjoyed having my hair tied back during the day.

To help stimulate regrowth, I started massaging coconut and rosemary oil onto my scalp, but this didn’t seem to help the hair loss. While there isn’t enough research to prove these promote hair growth, they sure do seem to keep your scalp healthy.

My guess was that I was losing hair from exposure to COVID-19. At the time, people were reporting hair loss after being infected.

I also reached out to my father to better understand when he started to lose his hair, but his experience didn’t line up with mine. I started to share my story with others, and eventually went to see a dermatologist.

I didn’t find out I had alopecia until about two months after I noticed the patch forming. In late August I saw a dermatologist, who diagnosed me with acute alopecia, an auto-immune disease where your immune system begins to attack hair cells. While stress and a poor diet may be contributing factors to alopecia, the true causes are unknown.

At least I finally knew what I was dealing with, and knowing my diagnosis I had something to research. What stuck with me was that nothing could be done. There was a possibility that more patches would appear, or that my patch would never regrow.

The only thing the dermatologist suggested was injecting a steroid every month to stimulate hair regrowth, so I gave it a try for the next five or six months. Hair follicles started to appear at the end of the first month. However, there seemed to be some dead areas, where the follicles struggled to sprout.

Eventually, I did see about 80%-90% regrowth. I could have continued the treatment until the patch was fully gone, but getting injections on the scalp was uncomfortable. On the fifth visit, I took my last injections and allowed the rest of my hair to grow on its own. 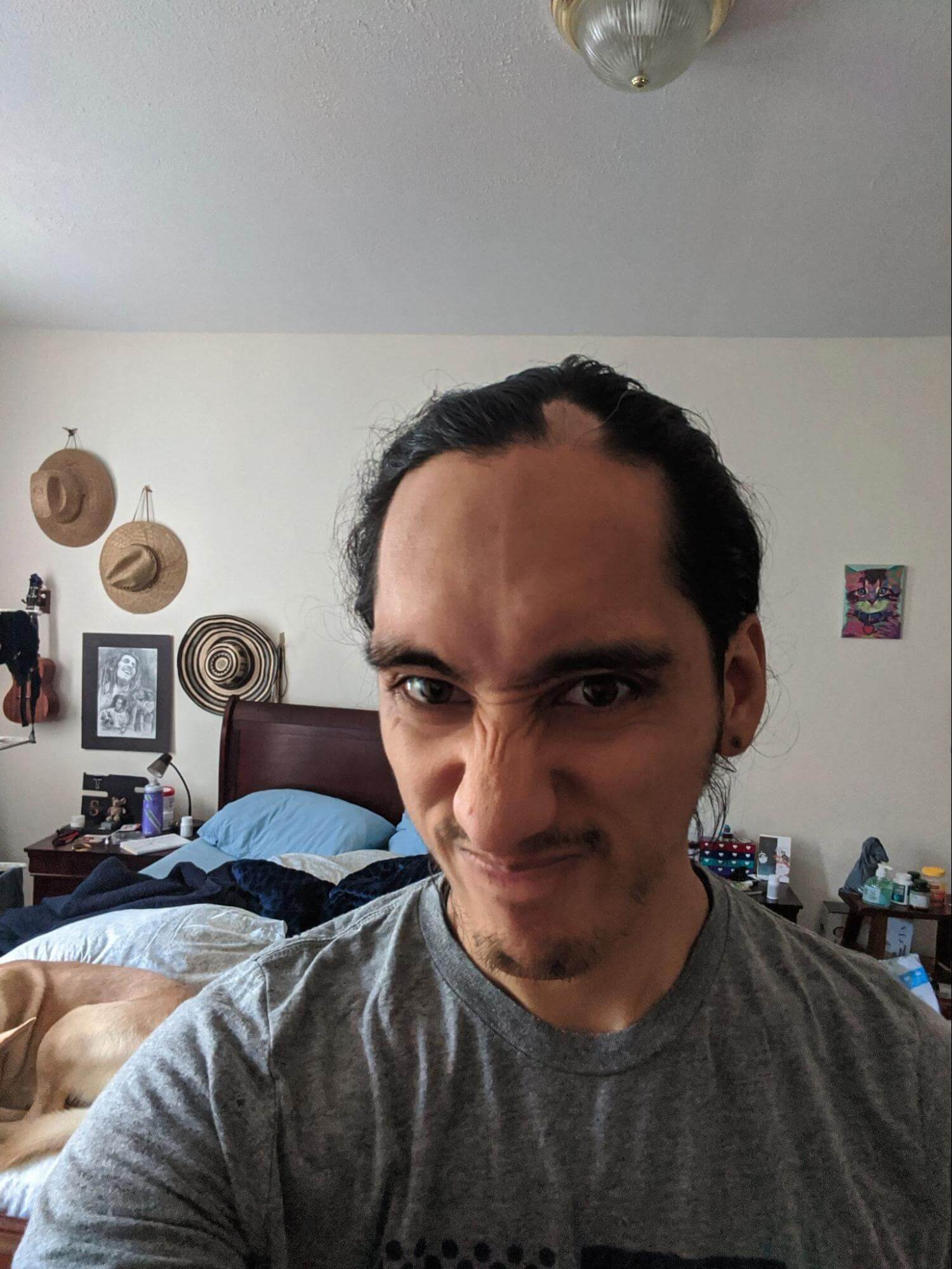 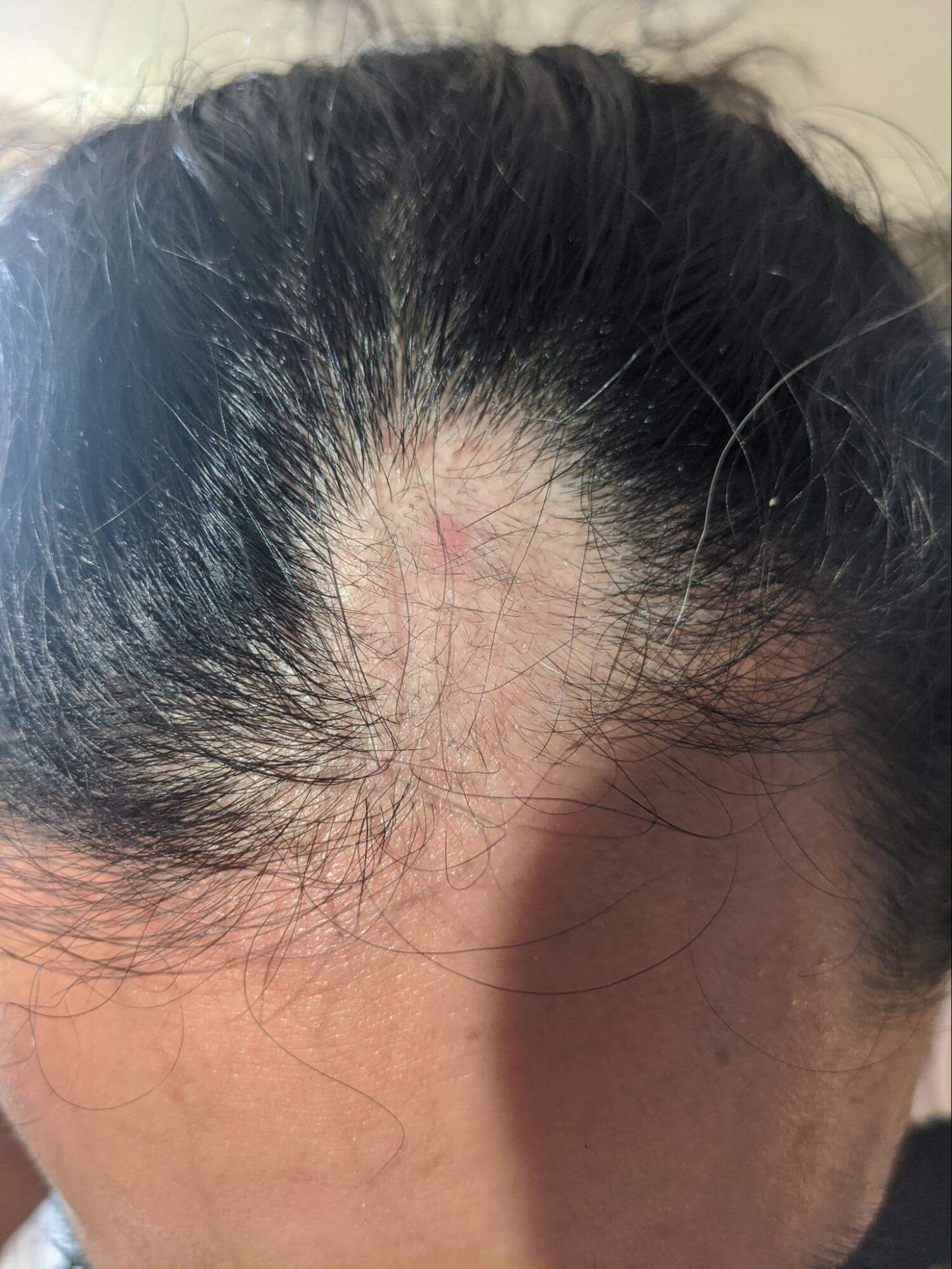 You Are Not Alone

For Chris, going to school and trying to be a normal kid was a challenge. Others didn’t understand and would make fun of him. I never considered asking how he was doing or feeling, not realizing what he was going through. I just saw him as Chris, our family friend from down the block.

Hearing his full story reminded me to be grateful, and the importance of fully listening to others. Today, Chris is studying to be a physical therapist. He has mitigated hair loss from alopecia with a healthier diet that reduces inflammation.

After hearing Chris’s story and reflecting on my own feelings, I felt that donating my hair was what I wanted to do. I learned what it meant to experience hair loss from alopecia, how it affects people of all ages, and I wanted to help children who can’t grow hair. 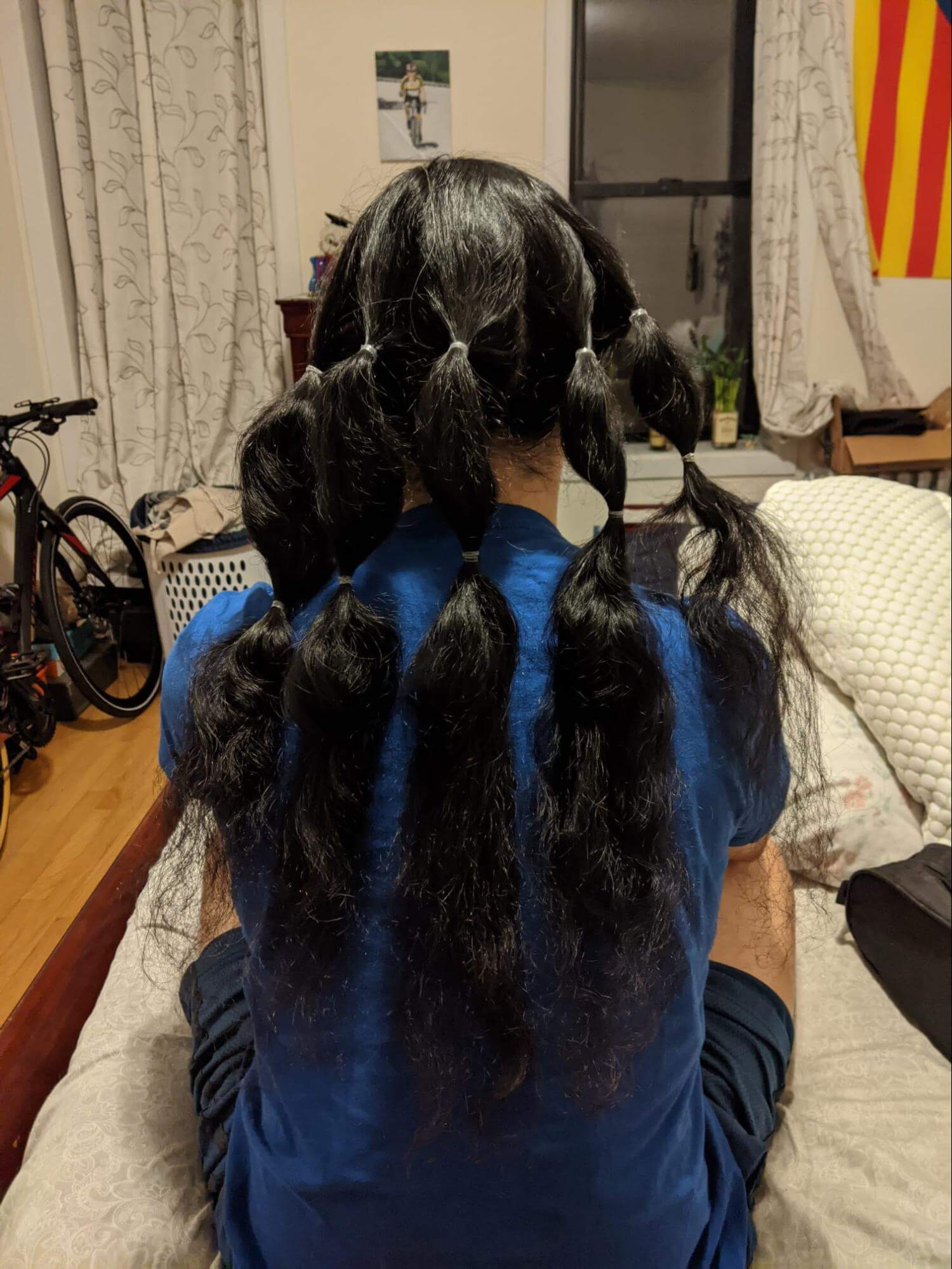 More Than A Cut

In 2021 I donated my hair to Children With Hair Loss. The day before my thirtieth birthday, my girlfriend Michelle helped me tie my hair into five ponytails. Five snips later I had my donation ready to go, measuring 12 inches. I did save a few of my locks for sentimental reasons.

If you look closely, you can still tell where the patch was. The hair where the patch was is now growing, it just doesn’t have the same length as the other hairs around it. So far I haven't found another patch on my scalp, but it’s not certain whether I’ll continue to experience hair loss from alopecia. If another patch appears, at least I’ll know what’s happening and I’ll be prepared. 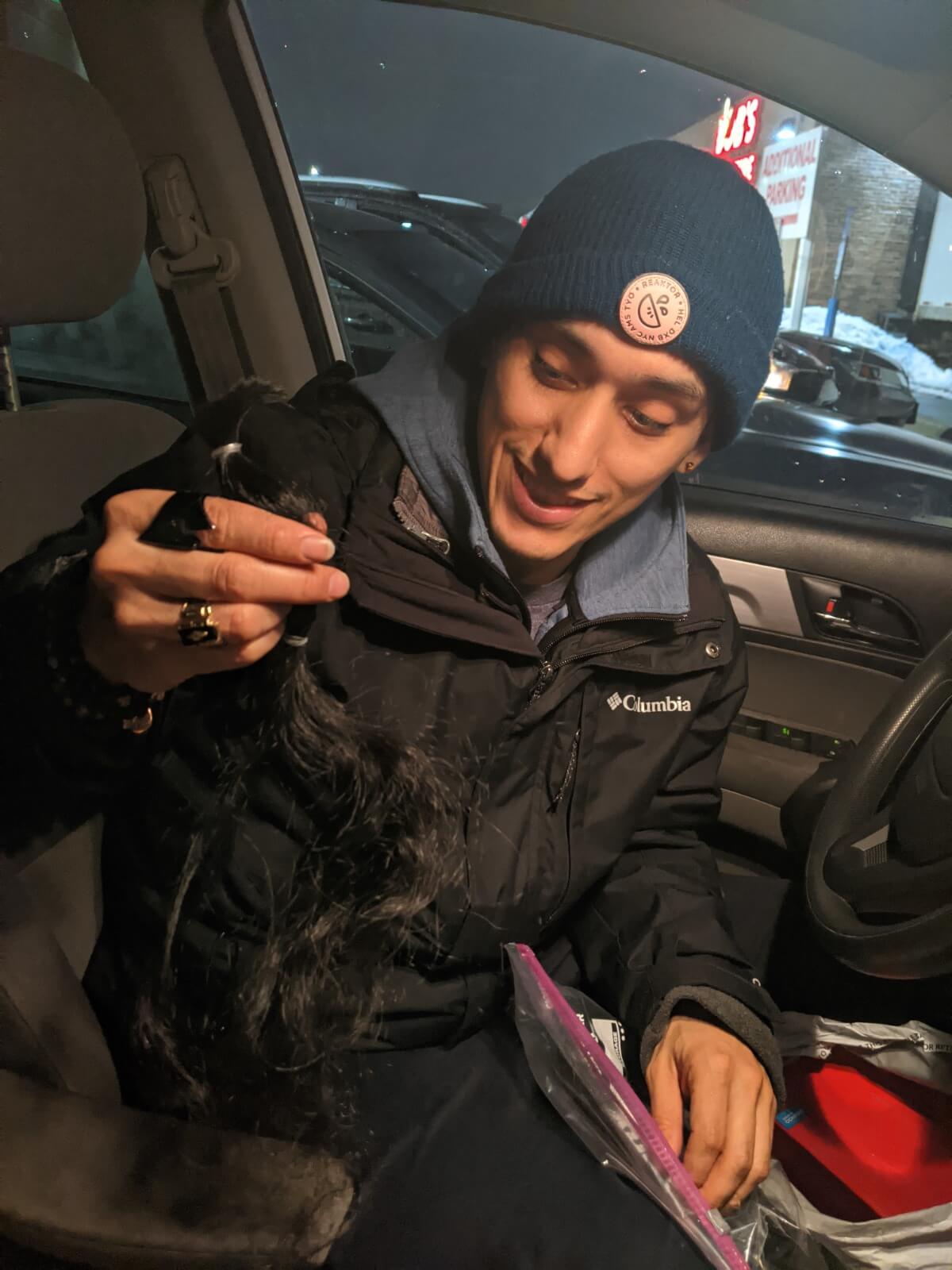 All in all, cutting my hair didn't change who I was, and it didn’t take anything away from me. Instead, donating my hair empowered me, and taught me to appreciate the privileges I enjoy today. My hair was used for a better purpose, and that makes me happy. If the time and circumstances come for you, I highly recommend donating your long locks to those in need.

It has been four months since I cut my hair, and I have thought about growing it out again. We’ll see what the future brings, but whatever happens…once a longhair, always a longhair. 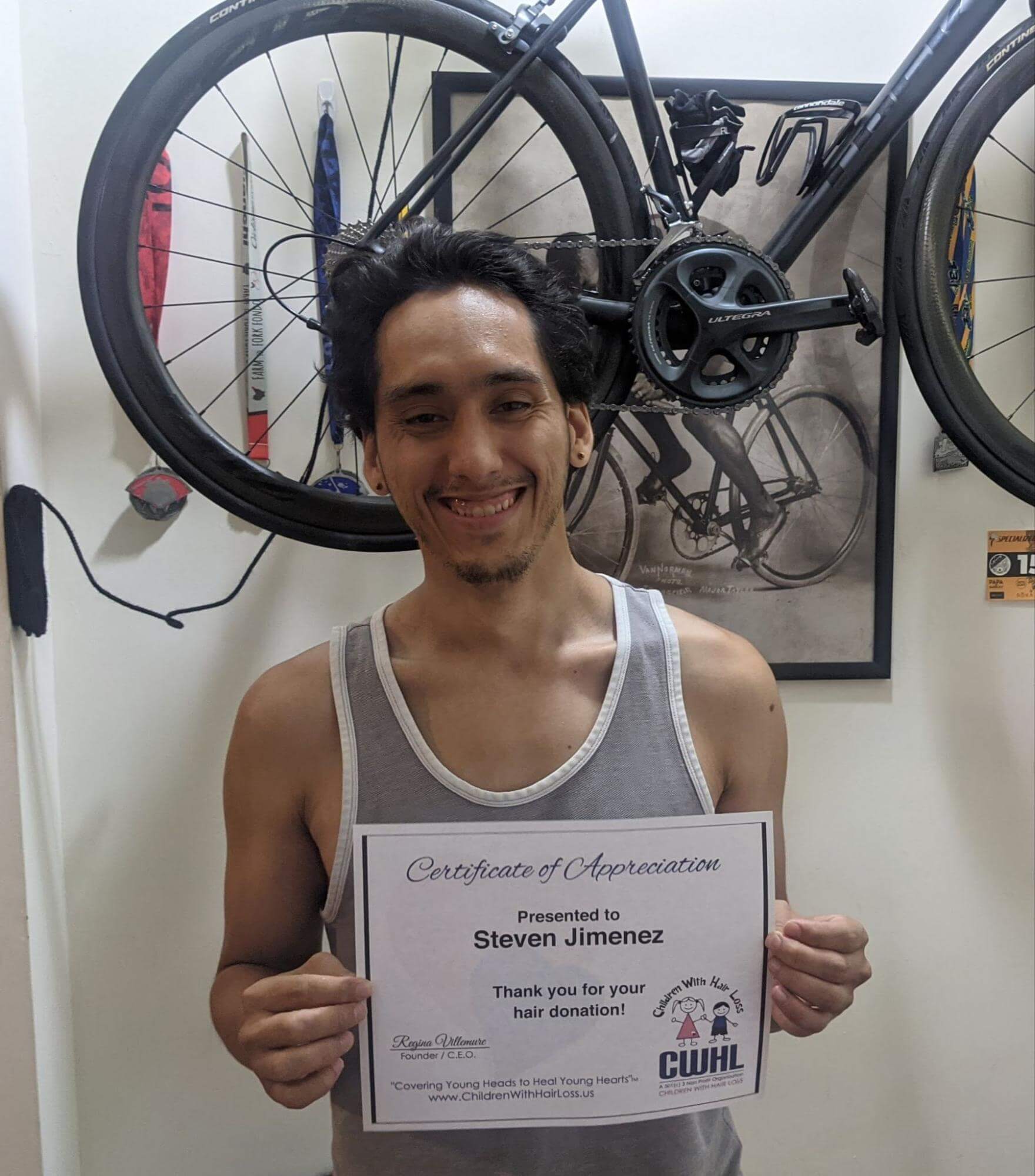 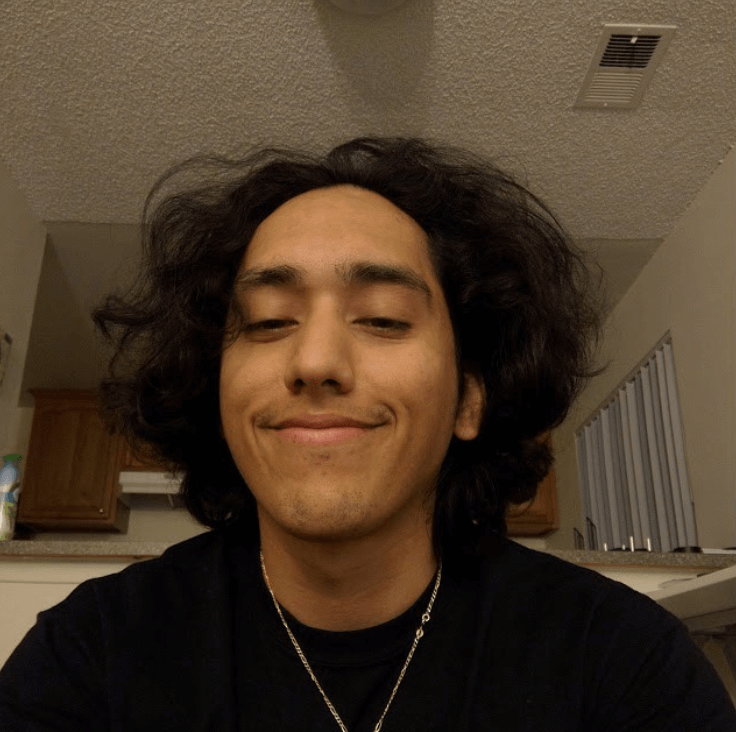 Steven “El Pelo Suelto” Jimenez is a latino software engineer from Long Island, NY. You can find him racing his road bike, eating delicious food or getting lost in music. Read his longhair story, Road to Long Hair.

Have you had experience with hair loss from alopecia?