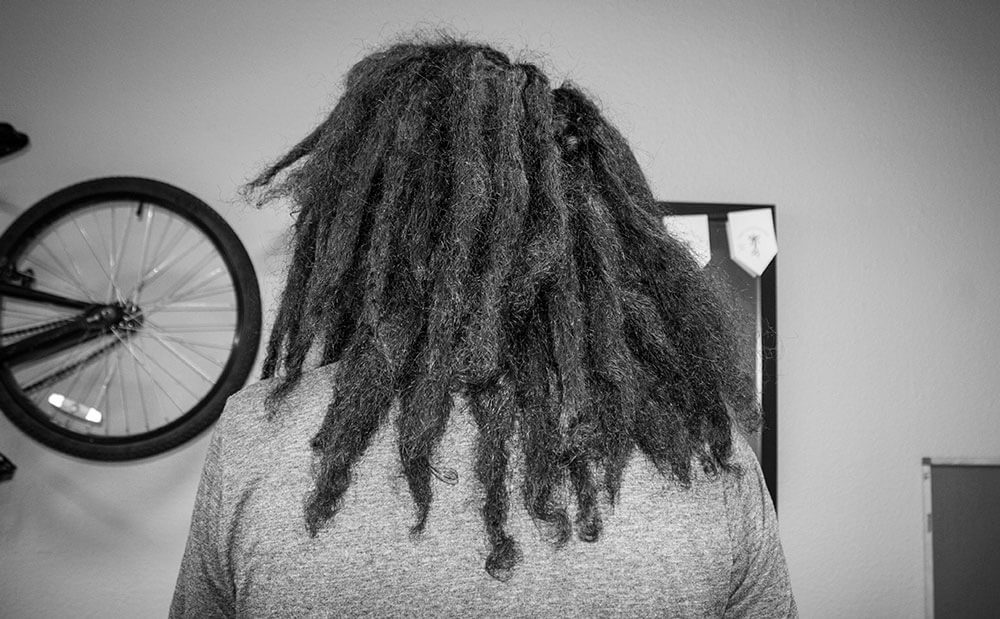 Danny sat anxiously at Hyde Edwards Salon, waiting for his name to be called by the receptionist. Eyes closed and head leaned back he contemplated the coming weeks of effort, commitment and awkwardness he must endure before reaching a full head of dreadlocks.

“This is the beginning” he murmured to himself over the sound of blow dryers and amusing background conversations. “I’m doing this and it’s gonna be siiiccck!!”

He looked up to see Kyra walking his way. It was time to get this extreme mass of hair under control. 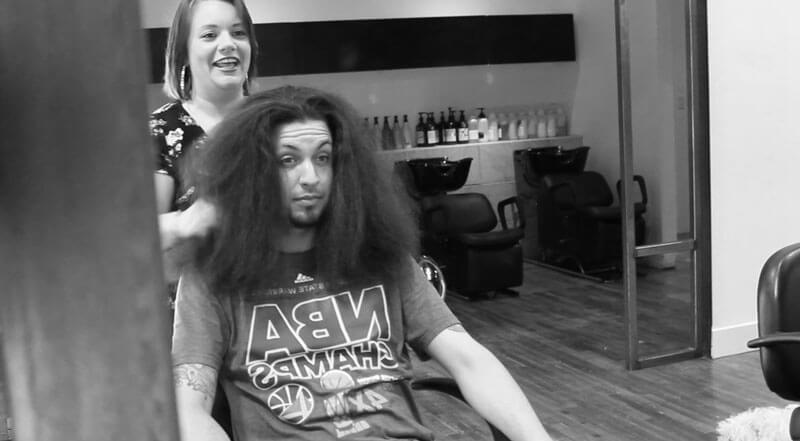 Danny’s goal was to have about 50 individual dreads, and he wanted his dreads even. To achieve that, sections of hair need to be tied off, forming groups. This sets the hair up for consistent separation, length and pattern throughout the head. It’s tough to get even groups by yourself, so he had to commission help from Kyra.

Before any sectioning Kyra did a deep wash and condition (which, if you’ve never had someone wash your hair, do yourself a favor and make that happen). From there she blow dried and combed all the knots and tangles out, taking his hair from ultra curly to relatively straight, providing a smooth, healthy body of hair to work with.


The wash was important for Danny as he knew it would be several weeks before his next thorough cleansing. His plan was to allow the oils from his scalp help bond the hair together, allowing the dreads take shape naturally.

Once his hair was completely dry Kyra began to section off chunks of hair, using tiny black rubber bands at the root to hold each section together. This is where the extra help is critical, as the person helping can easily measure out each section, allowing for even groups and, eventually, uniform dreads. The little rubber bands hold each section in place for perfect groups, making it easy to start dreading.


With the sectioning complete Danny was off on his own to start twisting, which begins to form the dreads. This takes a lot of time. It’s not like you just twist them up and BOOM you have a full head of dreadlocks. It’s constant work, back combing and twisting each section individually, working the hair to rope together. Which, you have to really work at it to get it to stick. This was even tougher as Danny was against any type of wax or other product, determined to have them form naturally.

After a few days of steady effort he was a little frustrated. The sectioned-off hair he’d been diligently working on wasn’t twisting up as he’d hoped, instead poofing and frizzing out. He was at a point of real awkwardness, where the sections were more like their own little afros rather than that rope look you want. He even felt a little self conscious and started to rock a beanie for the next couple days, hoping his head’s natural oils would start bonding the hair. Each day he continued rolling individual sections, trying to get them to stick.

A week into the process he had enough. Hiding the awkward was over. He needed to find something that could help speed up the process. Then there was a breakthrough.

The crochet hook! This little tool became a life saver, allowing Danny to weave the hair together, accelerating the bonding process and quickly forming the poofy sections into rope-looking dreadlocks. Self consciousness made way for excitement. With each pass of the crochet hook he was getting closer to fully formed dreads. 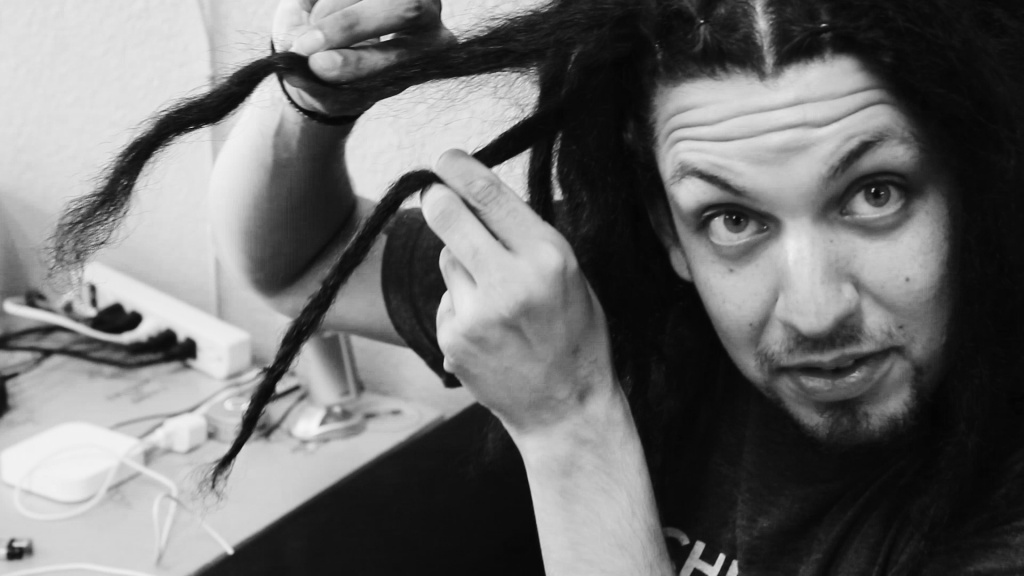 Six hours of True Detective later, Danny was straight dreaded. And we gotta say, his shit looks sick. Even sections, tight ropes, clean and looking sharp. He’s ultra stoked on it. In fact he can’t stop whipping his new dreads around and nearly poked my damn eye out at 98 Bottles. But that’s ok, after all, it was #hairwhipwednesday.

Enough talking about it…here’s how Danny’s feeling on this stage of his journey.

Ever had dreads? Thinking about it? Any advice? There’s a great place for that, right down in the comments.