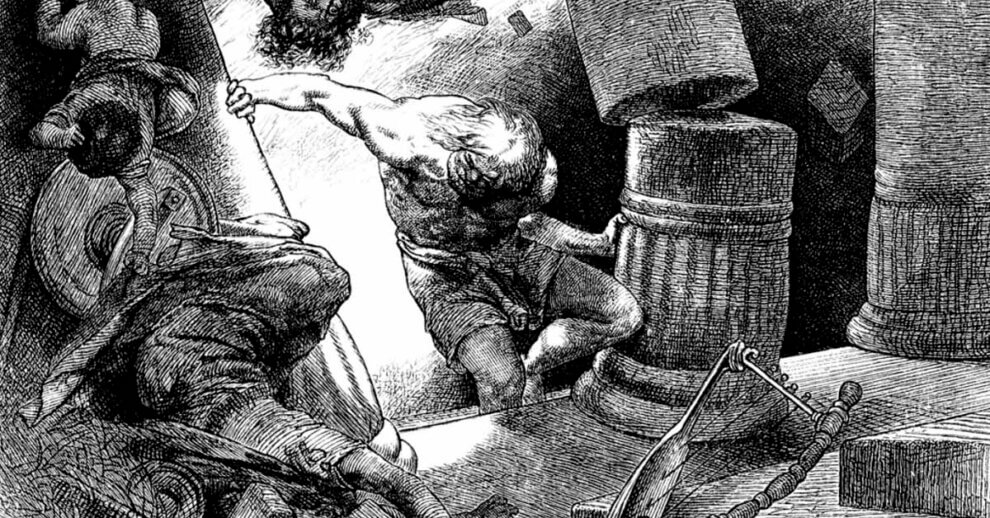 The Story of Samson

I know, I know. You read the heading and you’re right back in freshman history class. Your eyelids actually start to sag, and drool pools behind your lower lip. But read on, fellow Longhair, for an important lesson to learn here, there is.

First, some context: if you’re at all familiar with the Old Testament, you know it’s kind of insanely brutal – fratricide, patricide, matricide, genocide, tribal wars, pyromania, disease, famine, infidelity, prostitution, and a whole lot of sword-slashing. Samson is no exception. In fact, he’s kind of like the megalomaniacal poster-boy of ancient Biblical violence.

This guy spent the majority of his young adulthood commingling with hookers, killing Philistines, and terrorizing small animals, all in the name of self-entertainment. Seriously, he was a wicked dude.

But for the sake of not leaving you, the reader, nauseous at the end of this story, we’ll gloss over the more unpleasant details of Samson’s life (like how he “ripped” a full-grown lion apart). Instead, we’ll focus on his hair, how it defined him, and eventually decided his fate. 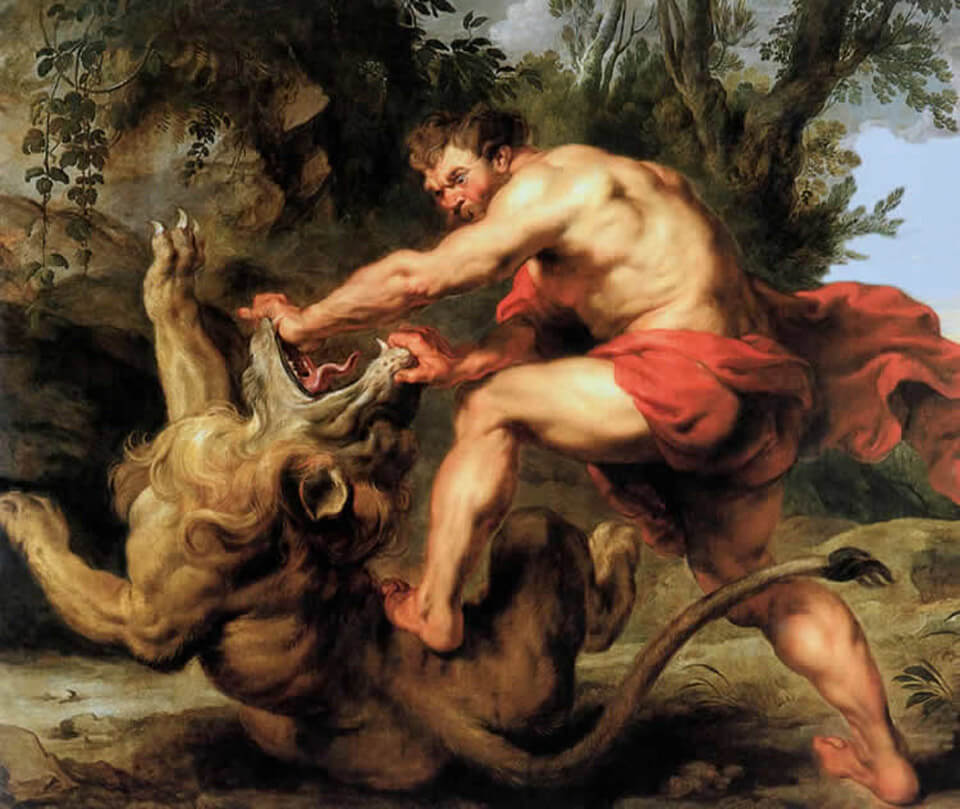 Our story begins a really, really long time ago, in a tribe-land named Dann (now central Israel). Legend has it that an angel appeared to Samson’s mother at the time of his birth, essentially saying,
“No wine, no hard liquor, complete devotion to the Big Man, and I promise your son will grow some crazy flow. He will then use the power of his manly mane to free his people from Philistine oppression! Oh, and he’ll be a grade-A badass.”

As Samson grew older, his hair grew longer. He became the strongest and most victorious warrior in his region, his flowing hair the source of his great power and strength.

This is similar to what a Longhair is today, except that our locks are the source of our individuality, our confidence, our sense of adventure, and our commitment to ignoring the status quo.

Samson’s mane gave him strength, and his strength set him apart as a man and a warrior. A Longhair’s mane gives him identity, and that identity gives him steadfastness and confidence in all aspects of his life. 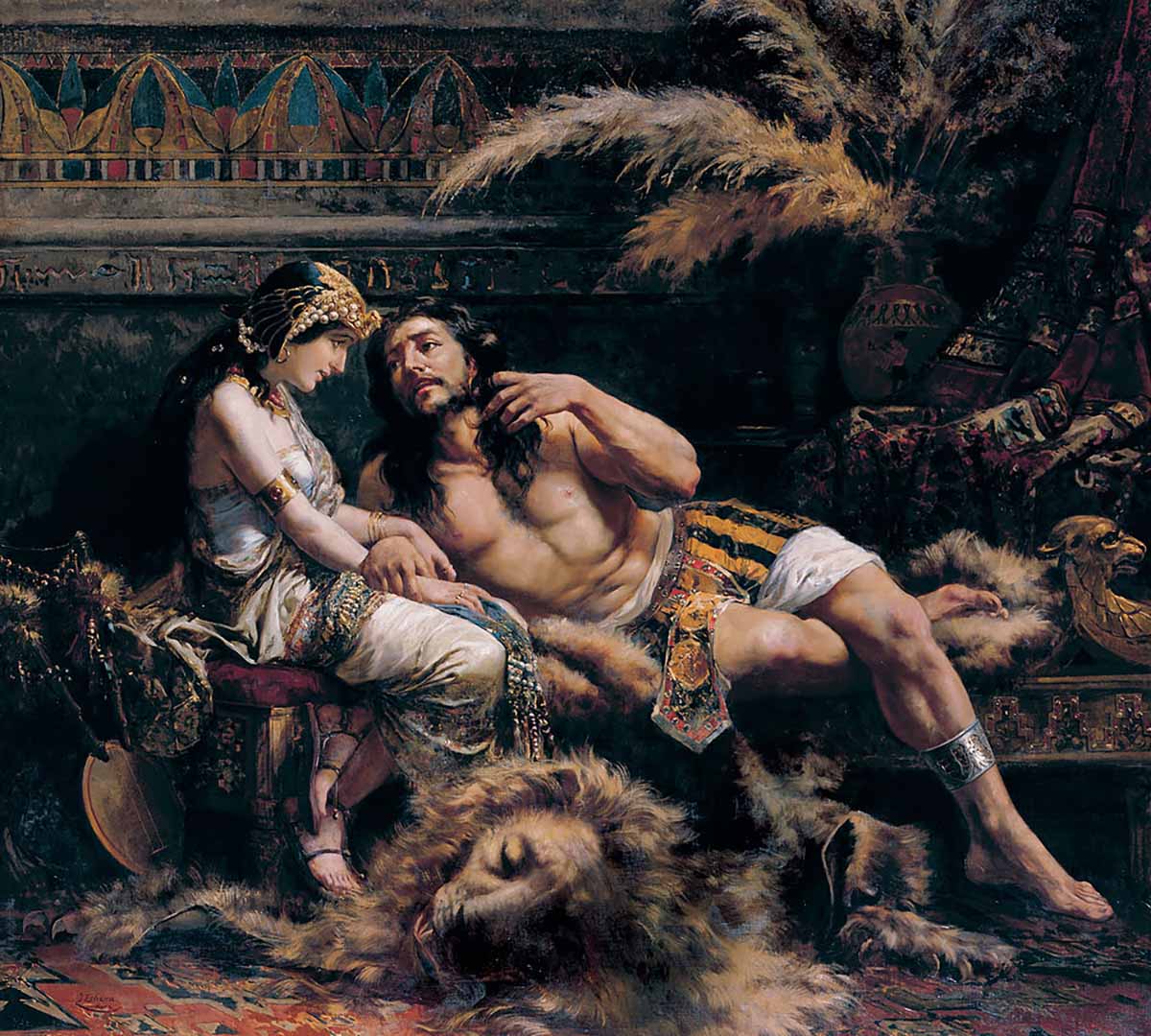 Pride Cometh Before The Fall

As the story goes, Samson falls for a Philistine woman—and that spells trouble for him. The Philistines are no fans of Samson, so they recruit his new wife, Delilah, to find out from Samson what provides him with his immense strength. She kept at it, nudging him to reveal his secret, and he finally spilled.

He told her, “A razor has never touched my head…if I were shaved, my strength would leave me; I would be as helpless as any other mortal.”

Delilah shears his locks in the night while he sleeps, stripping him of his strength. Philistine soldiers capture and abduct him, and he is unable to fight them off.

During his trial, after he is tortured, blinded, and broken, Samson prays to God for one last ounce of strength. It is granted, and the hair on his head begins to grow rapidly.

Noticing the return of his power, Samson tears down the two pillars he is chained to in a Philistine temple, burying his captors in the destruction. But Samson perishes along with them, and so his fable comes to a bittersweet end.

Through the lens of modernity, we can observe a crucial lesson in the tale of a longhaired forefather: long hair is not all that we are.

To Samson, his hair was his everything. In vanity, he glorified his hair as the only part of his persona that mattered, permitting it to be the single definition of his identity. This rendered him completely vulnerable. On top of all that, he abused its privileges and sold out its secret powers to his mortal enemies. 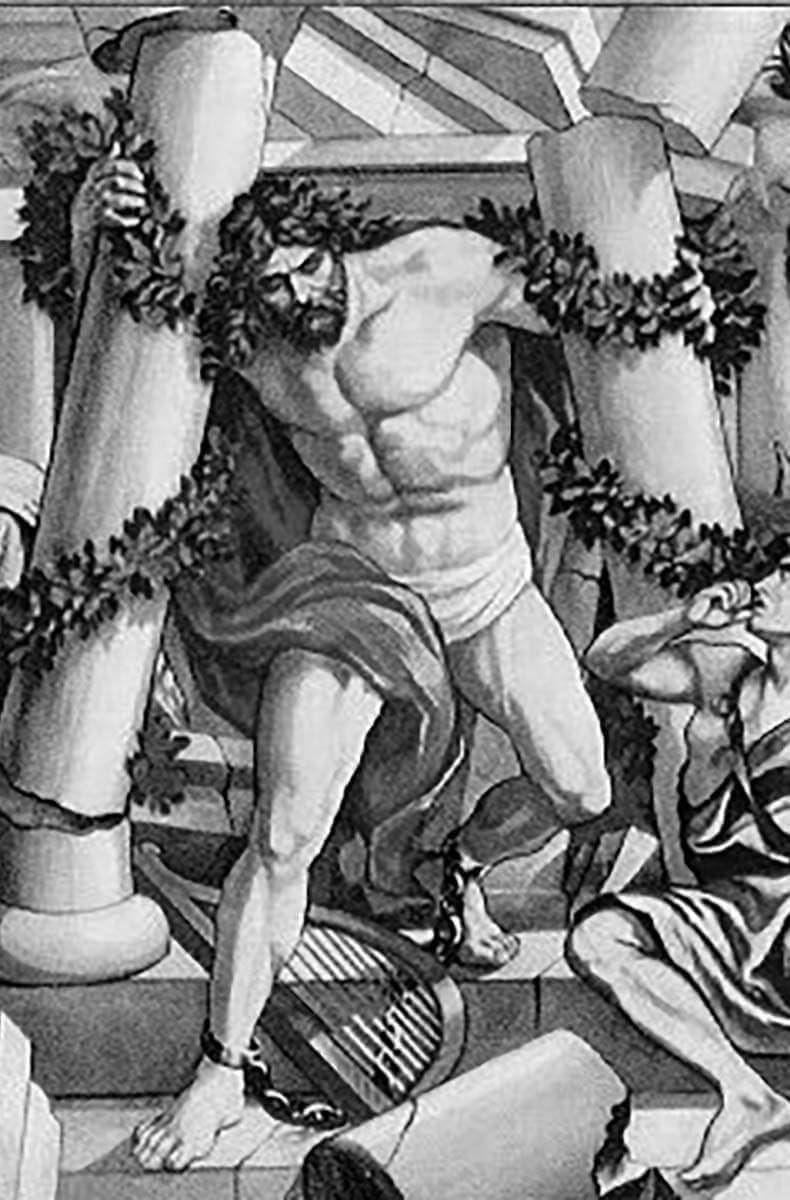 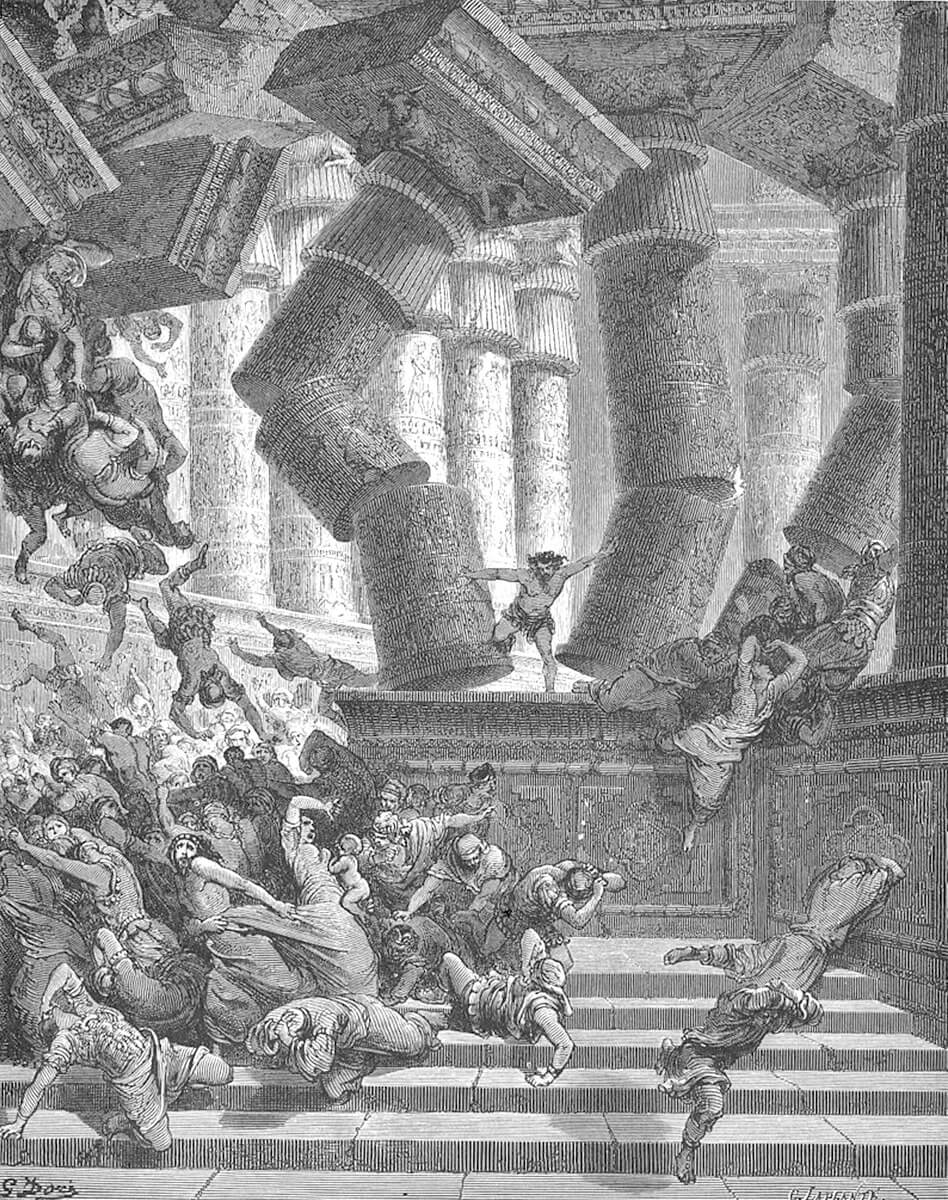 Remember, Longhairs, what Samson failed to—long hair is a tool that enables us in our quest for identity and individuality.

But long hair is not a permanent fixture. It does not embody everything that you are. It is a souvenir of your journey, a reminder of the development and progress you have made as an individual.

The long hair on our heads is a sign that we are different, but the actual changes we have made—in our identities, ambitions, values, and senses of self—lie beneath the surface, in our hearts and souls.

Heed the lessons of Samson…yet holdfast the mane, brothers, for our journeys continue. 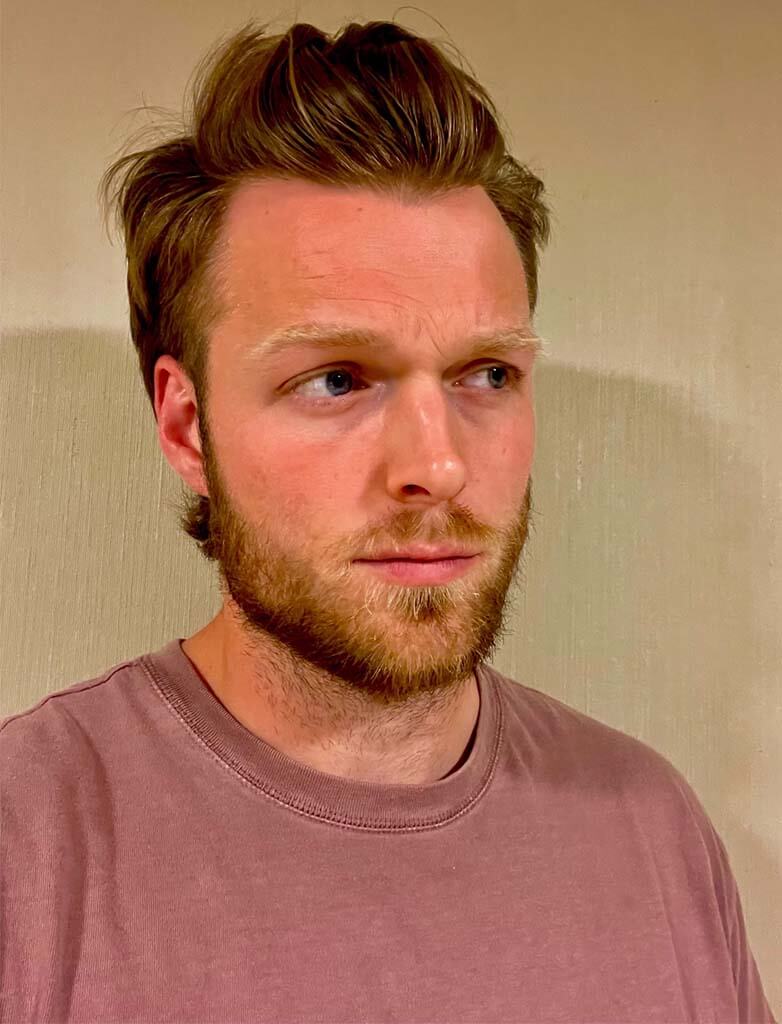 Born and raised in Omaha, NE, “El Soldado” is an Army veteran and world traveler who’s encountered longhairs from different cultures around the globe. Now in commercial real estate, Will is an advocate for long hair in professional sectors.