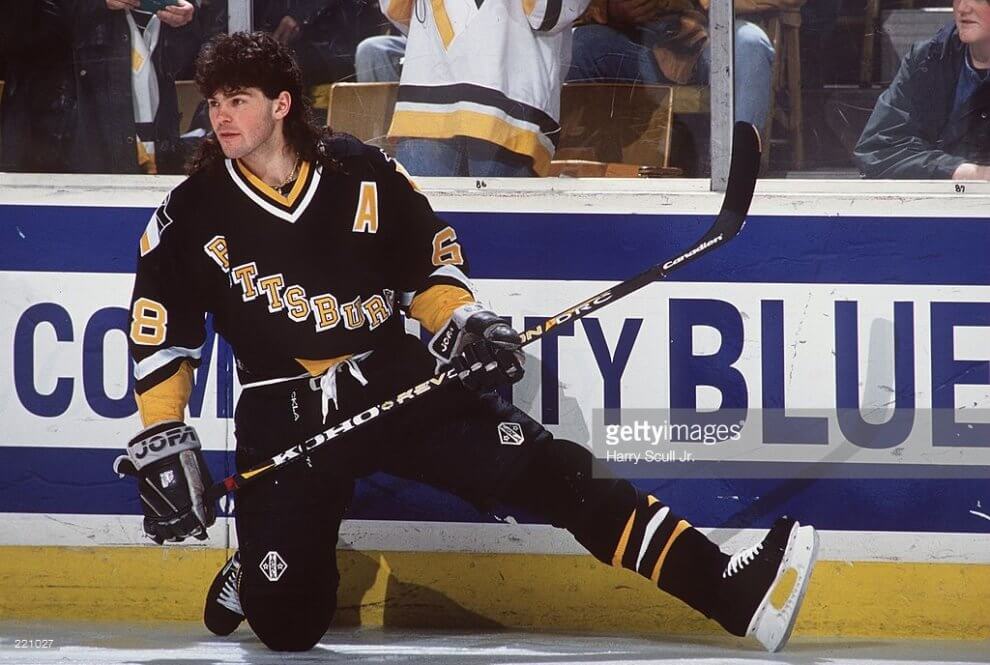 It’s here, boys! The time we’ve all been waiting for. The very beginning of the marathon battle for the most coveted prize in sports, the historic Stanley Cup. 35 and a quarter inches of silver and nickel weighing 35 pounds to be hoisted overhead by the 23 men deemed champions after six months of relentless battle on ice.

The NHL Regular Season is finally in full swing, which means hockey players everywhere get to show off what they’ve been working on the whole-off season: hockey hair.

Luscious, flowing and free during warm-ups, emerging evocatively from beneath brain buckets during the action. From local pee wee leagues to the hardest-hitting show on ice, hockey players have earned a well-deserved reputation for owning masterful manes, and it’s damn awesome.

Must Watch: The 2016 All Hockey Hair Team

Here we celebrate the legends who took it a step further with their hardy heads of lettuce. Lace up your skates as we count down the finest of flow to ever take the ice, ranking the all-time best long hair in the NHL. 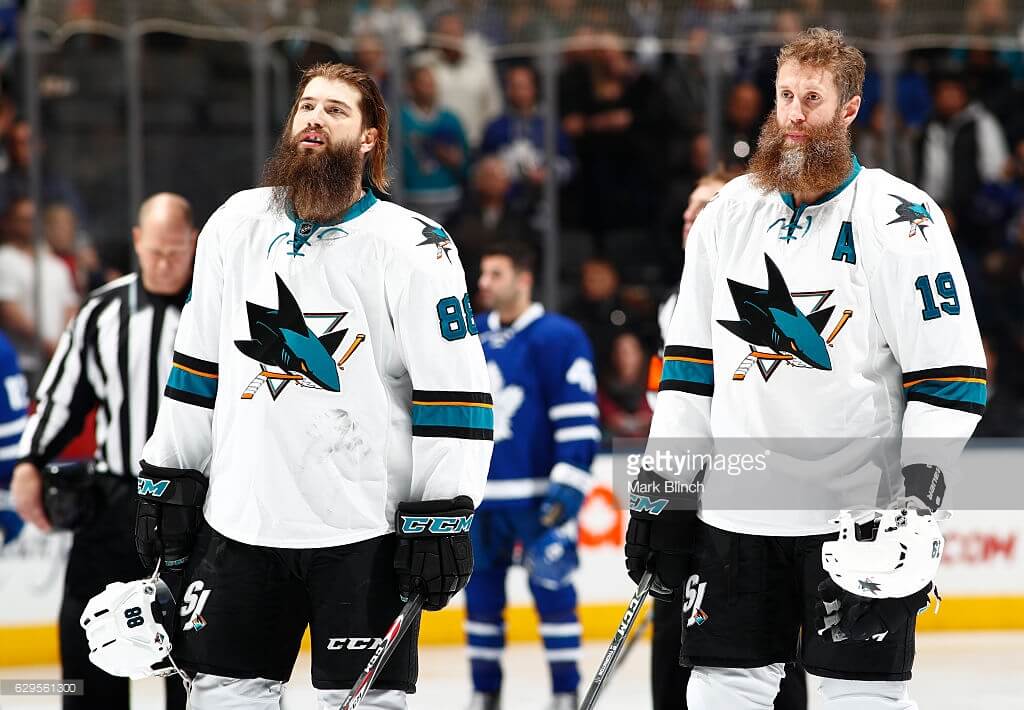 Brent Burns rocks the long hair from time to time. Joe Thornton does not, but hear me out. This pair of Sharks displays more hair on their chins than a lot of dudes have on top of their head. I mean, those are a couple of epic, badass beards. For that, the duo earns an honorable mention on this list of longhairs.

Subban paid tribute to a hockey legend, Jaromir Jagr, in the Shootout Challenge during 2016 NHL All-Star Skills Competition. He skated on the ice donning Jagr’s Florida Panthers number 68 jersey and a long hair wig. His epic nod to Jagr gets him an honorable mention in our book. 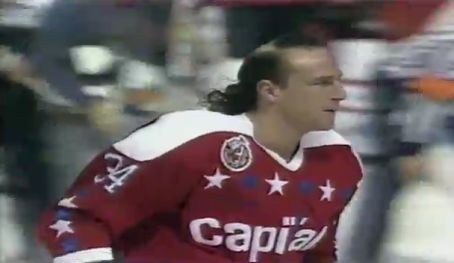 This guy’s commitment to his flow is obvious. He may have lost his hair in places, but he kept on rockin’ what long locks he could. Nothing could stop this icon from lettin’ it ride! 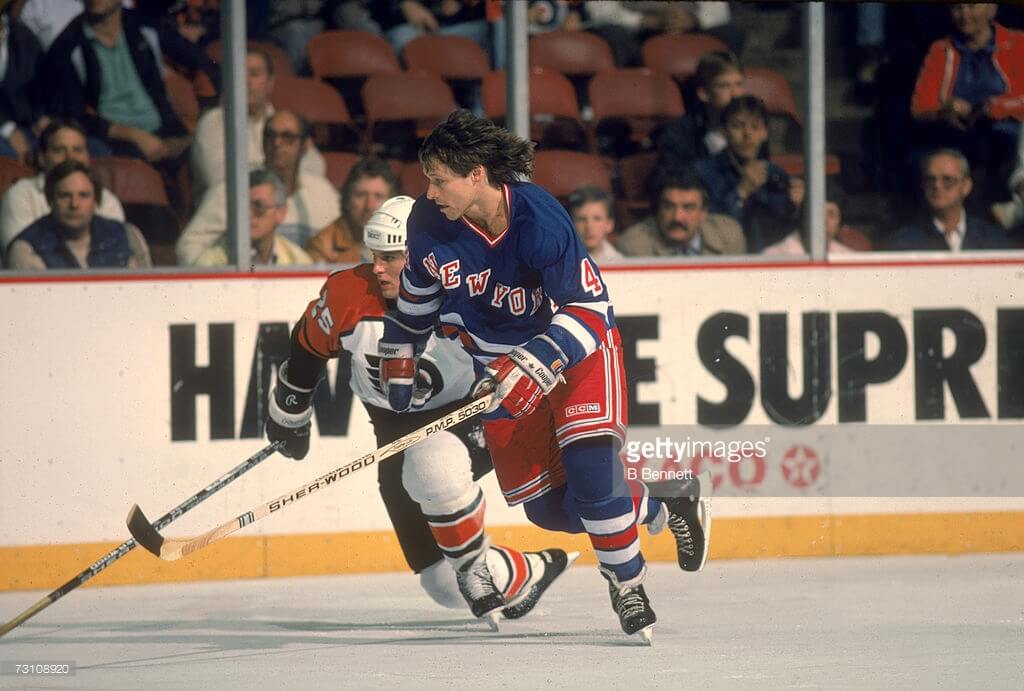 In the days of optional helmets in the NHL, Duguay said “No, thank you.” And who could blame him?! With flow like his, it would just be wrong to shove it in a helmet instead of letting it fly in the wind behind him. 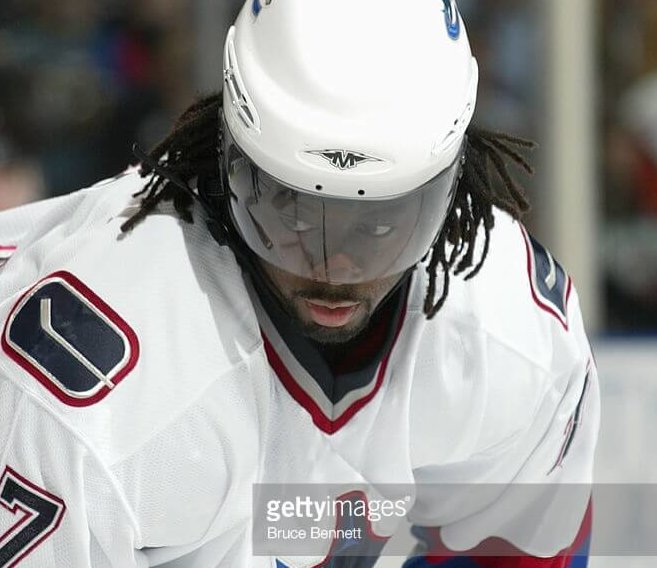 I’m honestly not sure how Carter’s helmet actually even fit over his epic dread locks…But damn if he didn’t have one of the most badass heads of hair ever seen in an NHL rink! 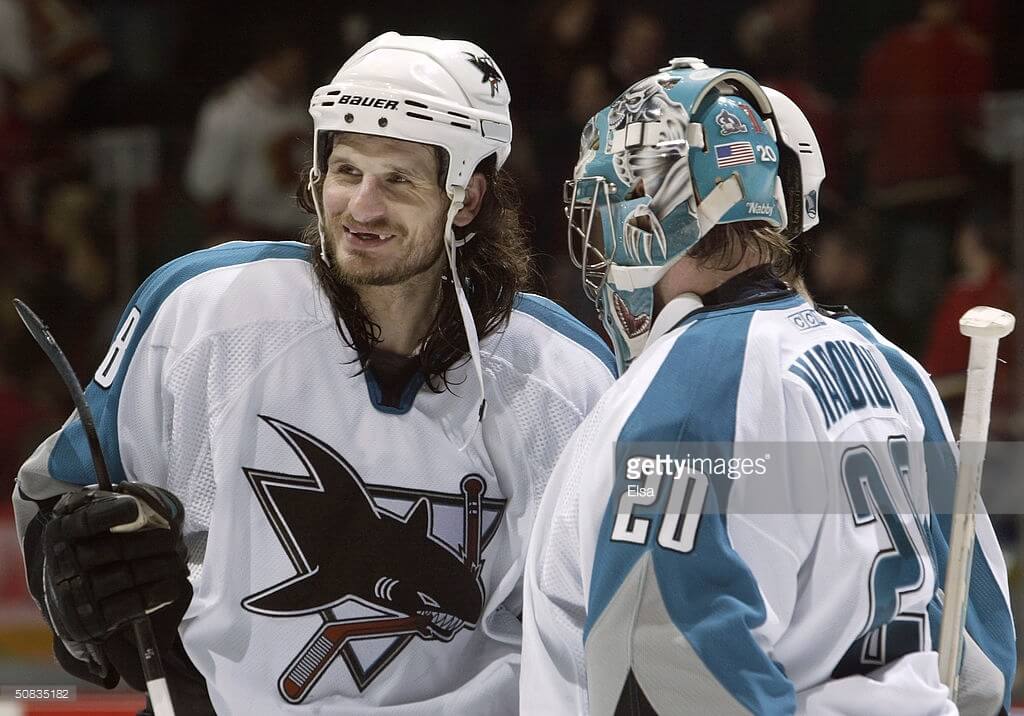 He’s dedicated blood, sweat and teeth to the game of hockey. His commitment to the game and his hair are equally unquestionable. Who needs teeth when you’ve got a mane like Ricci’s, anyway?? 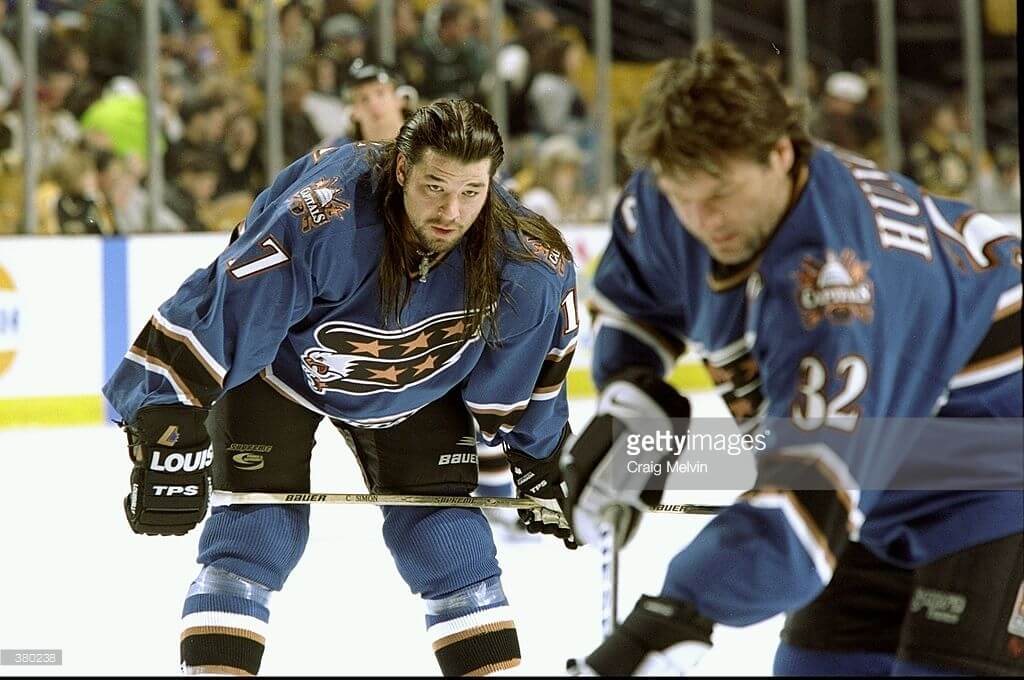 This NHL enforcer grew his hair to honor his Ojibwa Indian heritage. He loved his hair. Like many Ojibwa Indians do when they lose a loved one, Simon cut his hair to mourn when the Ontario Ministry of Natural Resources refused to honor he and his grandfather’s rights to live off the land. 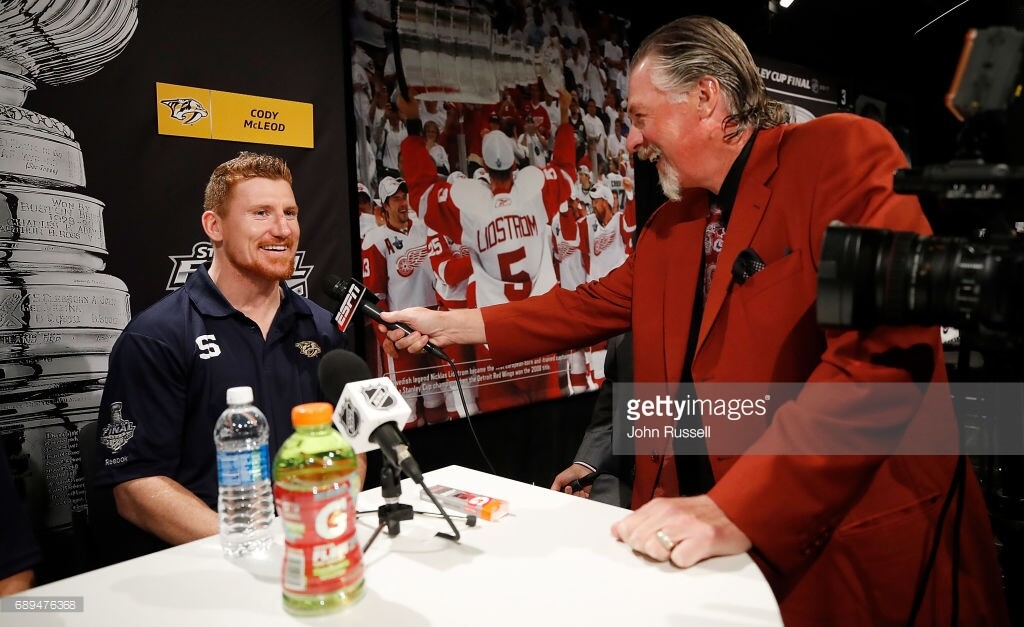 The one. The only. Barry Melrose. This silver fox has rocked his epic hair through his days as a player, a head coach, and now as a broadcaster and hockey analyst. This legend’s hair is iconic! 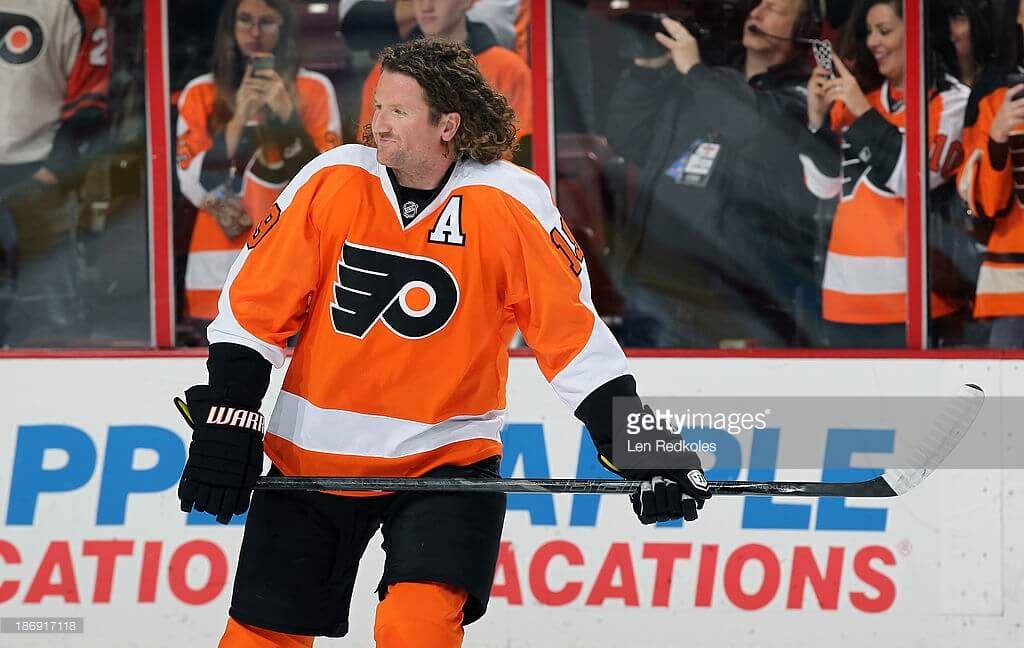 Bad news, Scotty cut his long curly mane off a couple years back. That being said, his head of hair was so epic, it would be a crime to leave him off the list. He takes spot #5. 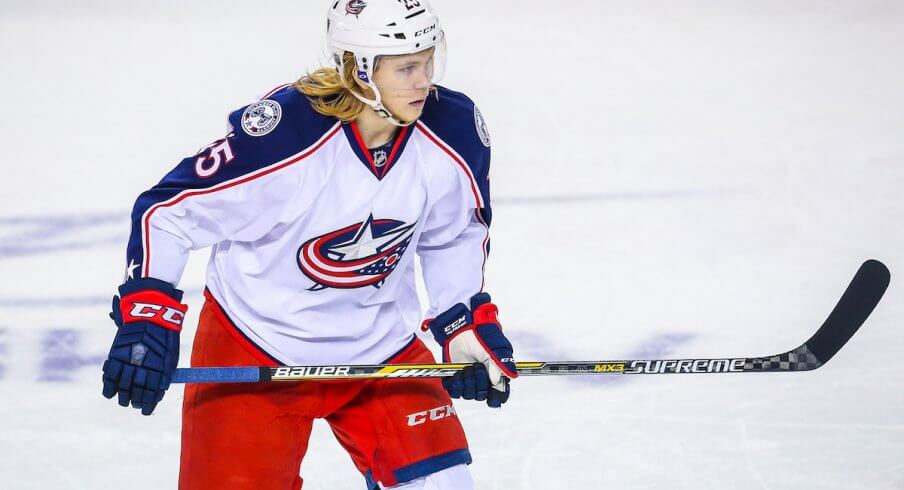 It’s only fitting that he plays for the NHL’s new expansion team, the Vegas Golden Knights. He earns his spot on the Golden Knights and the #4 spot on the list with his golden mane cascading from beneath his helmet. 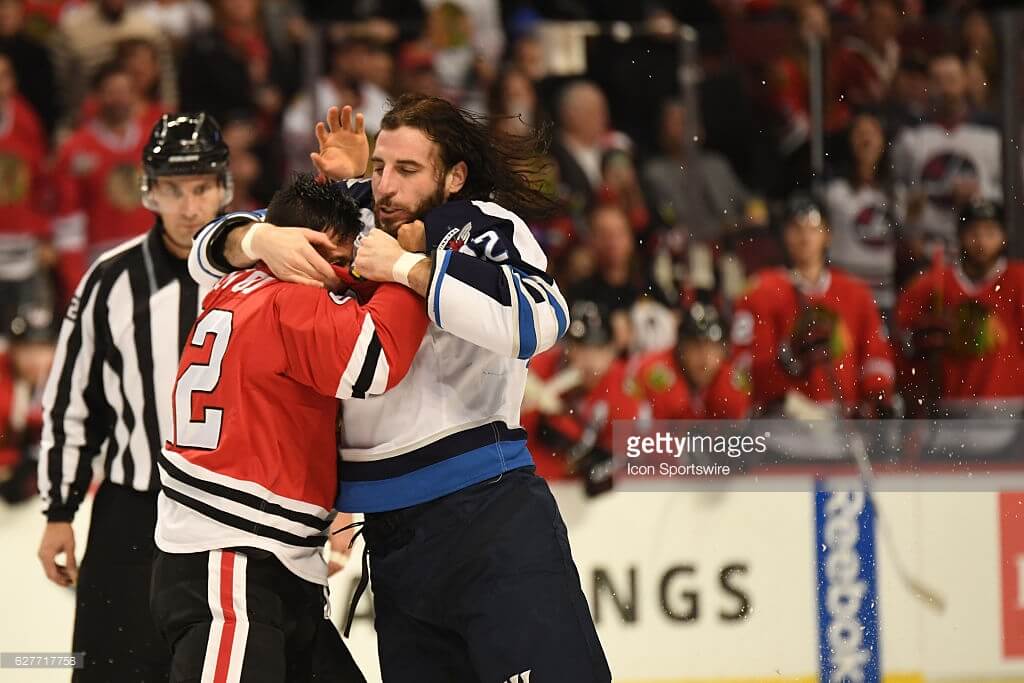 Thorburn’s gloves are no stranger to the ice, and his hair is no stranger to his shoulders. He drops the gloves often and his mane is almost as intimidating as his fists. I wouldn’t want to square up with #3 on our list…especially not on skates. 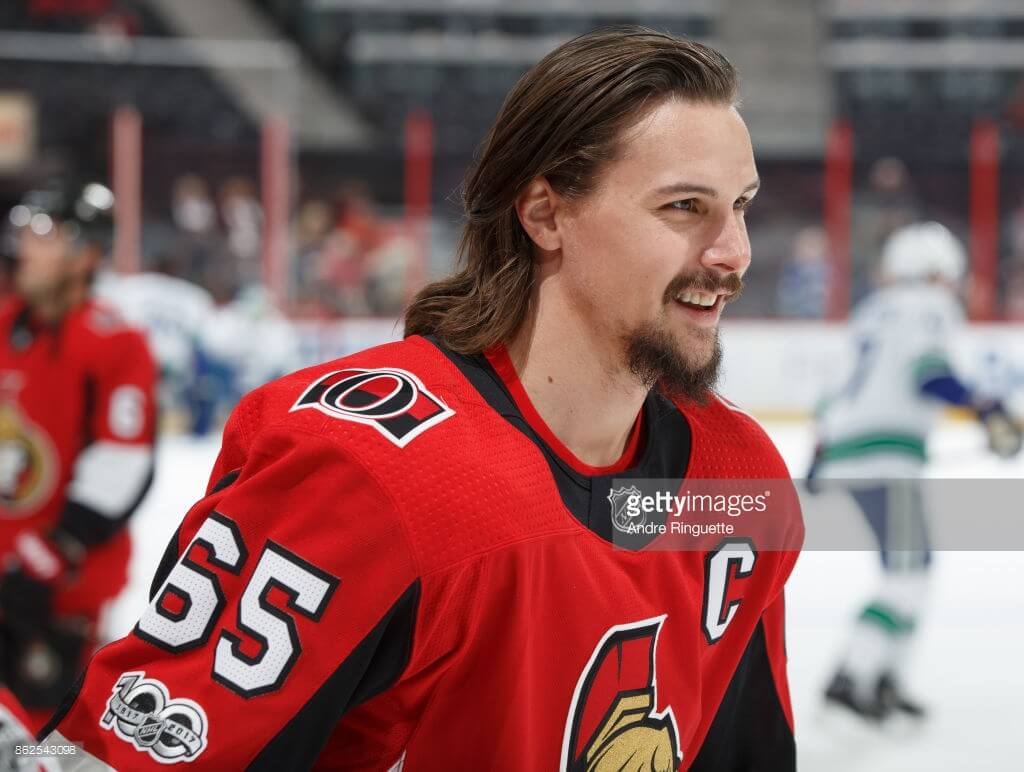 The better known of our two Karlsson’s on the list takes the #2 spot. Erik is one of the elite defenseman of the NHL and he can score from angles most guys wouldn’t dream of shooting from. Oh yeah, his hair is pretty elite too. 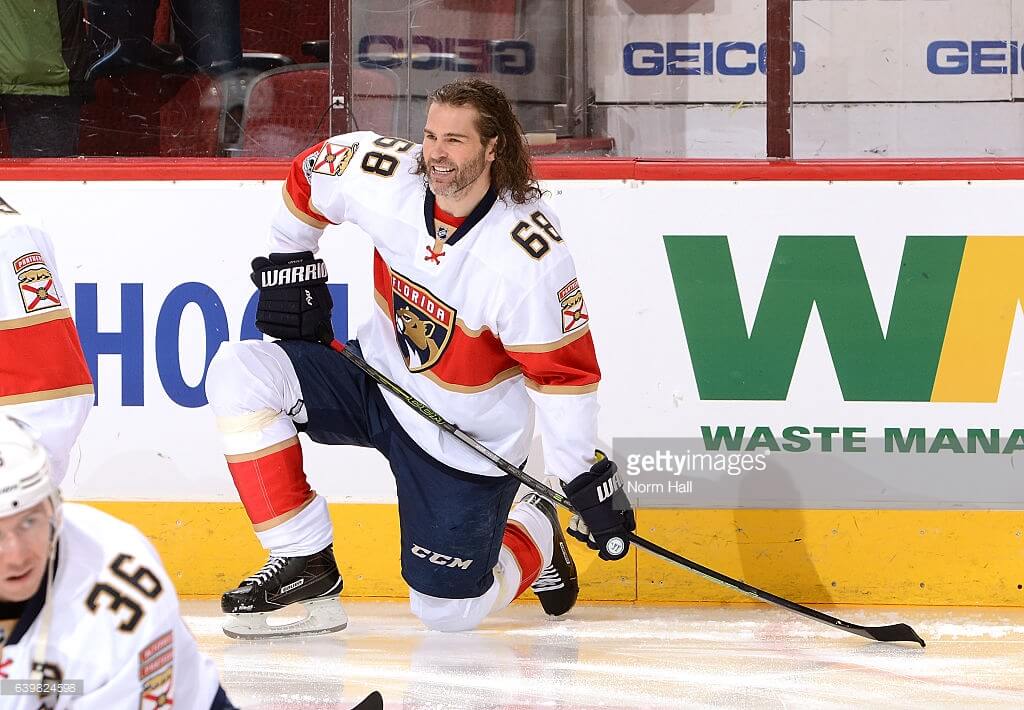 Jaromir Jagr is a legend, without a doubt. He’s been in the league since 1990. That’s right. 27 years of lacing ‘em up to bust his ass on the ice! He rocked an iconic mullet in his younger days, and today his flow is as unwavering as his love for the game of hockey.

And that my hockey hair hermanos, earns him the #1 slot on the active players roster for the best long hair in the NHL.

Listen up, boys. You can find these longhairs in the NHL scoring goals, dropping the gloves, or laying a hit on opposing players any given day from now until April. They’ll be rockin the rink and their locks. Enjoy every bit of the action, ‘cause you’ll miss it when it’s gone.

Who did we miss? Comment your favorite NHL longhair! And don’t forget to check out our other top longhair posts! Football, basketball, baseball, scientists, warriors, US Presidents.